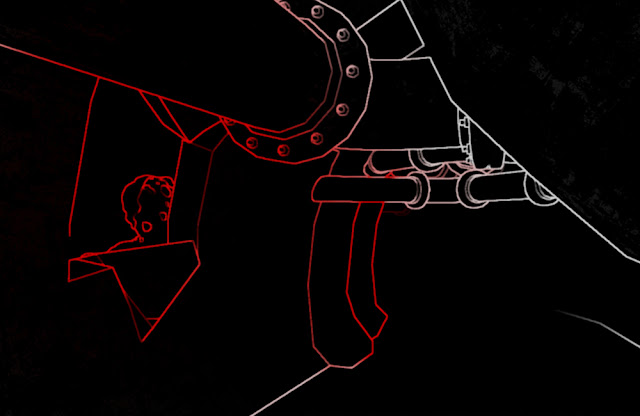 Stifled is a horror game built around a very interesting premise: you can generally only “see” things through echolocation. In order to make any sort of progress, you need to make noise so you can see where you’re going, but noise also attracts monsters to your location that can kill you in one hit. It’s a similar concept to last year’s Perception, but Stifled also gets your mic involved. Any noise you make in real life affects the game, so an ill-timed scream can get you killed. (Don’t worry, mic-less folks—you can play without, using a button to generate noise.)

For the first half hour or so, this concept works brilliantly. It’s eerie to see your own voice in the game, visualised as a travelling sound wave that illuminates the outlines of the environment. Knowing that an instinctive, reactionary scream or chatter can be spell doom creates a level of tension that’s rare—and that’s on top of being a powerless character with no way of fighting back against the horrors in the game.

It’s even more effective if you’re playing in VR mode, because of the inherent immersiveness of the platform. It’s fundamentally the same game with VR or without, but virtual reality takes all that tension and all that atmosphere and dials it up to 11. 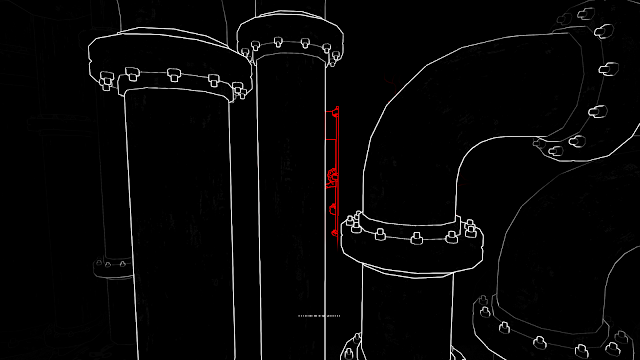 Sadly, this premise soon runs out of steam, and a game that’s initially terrifying becomes tedious and frustrating. Every other aspect of the game, from its level design to its story, seems to undermine the great idea at the heart of Stifled.

In the stalker horror tradition, monsters are relatively few, but they’re a constant threat. The goal is to try to sneak past them, throwing rocks and bottles to distract them so you can safely move ahead. If you screw up, you’ll make a noise, the monster will come kill you—complete with the obligatory jump scare—and then you’ll return to the left checkpoint.

When done properly, that setup works well. Stifled’s level design instead turns each encounter into a painful series of trial and error: throw a rock, see where the monster goes, take a step or two forward, throw another rock… And then you accidentally step in a pair and get jumped, sending you back through a lengthy loading screen to the left checkpoint. 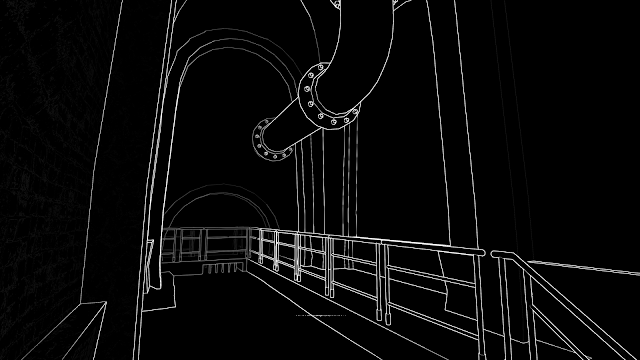 To make matters worse, something that works on some attempts won’t work on others, due to some sort quirks with enemy AI and path-finding. Each encounter ultimately comes down to throwing rocks to distract the enemy, but sometimes they’ll take a different path and render previously-successful strategies unworkable. It’s not just trial and error; it’s trial and error with a big dose of luck.

The other problem that Stifled faces is that there’s no apparent connection between the clever sound-based visuals and the story that’s being told until the very end, and even then it’s tenuous. The game starts with you waking up in your house, everything fully textured and visible. After a bit of exploring, you’re carried away to another scene that has you walking away from a car crash, and then the game shifts to the echolocation-based presentation.

The narrative is deliberately vague at that point, and that’s fine, but the shift in design comes across as completely arbitrary. Your character doesn’t seem to be blind. Other parts of the game return to the fully-textured, fully visual style of the opening for another slice of environmental storytelling, before jumping back to the sound visuals for another piece of “gameplay”.

It’s almost like they’re age two different games here: one’s an abstract, echolocation-driven stalker horror set in a sewer, and the other’s a Layers of Fear-style horror walking sim about a man’s struggle to cope with the loss of his wife and child. The ending does tie these things together somewhat, but in a very unsatisfying way. 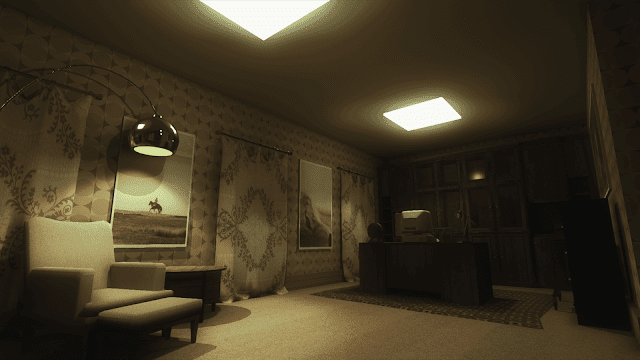 The odd thing is that those narrative-heavy bits without the stylized presentation are the scariest parts of Stifled, rather than what’s supposed to be the game’s mechanical hook. It uses a lot of familiar tricks to convey a creepy atmosphere—doors slamming shut on their own, lights flickering, glimpses of other people who then disappear, and what have you—but without the gameplay getting in the way, that atmosphere can do what it needs to. For a game designed such a clever concept, it’s odd that the most effective parts are when that concept is completely absent.

The story as a whole is predictable and underwhelming. It treads a lot of well-worn horror cliches without really doing anything to stand out, and it tries to take you on an emotional journey without giving you a reason to care. It’s also very heavy-handed, even though there’s little in the way of exposition—when literally everything you see and interact with in the first few minutes of the game is about having babies, and about how excited the expectant parents are, you can see exactly where the game’s going to go.

It’s a real shame, because the idea at the heart of Stifled is a brilliant one. A game where sound is simultaneously your best friend and your worst enemy, where you have to resist your fight or flight response at every turn of your want to proceed. After Perception failed to deliver on the idea, I hoped this game would do one better, but instead of a uniquely terrifying experience, Stifled is just a tiresome and forgettable one.

The Fast Five with Andrew Lau: One of the team bringing us Fiend Legion