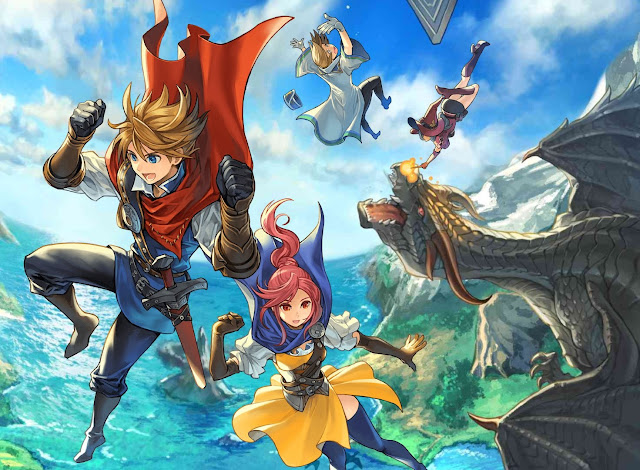 Most people who have even a passing interest in JRPGs should, by now, know what RPG Maker is. For years the series of easy to use, highly specialised software applications have allowed people with no game development skill whatsoever to build their own JRPGs, and then share them with family and friends, or even in some cases release them as commercial software.

Taken one step further the RPG Maker games have allowed people to then dig into the code and do some pretty comprehensive things to create games, but for the most part it’s been a stepping stone; giving people the chance to get a taste for game development processes and thinking before they set out to learn coding and utilise “proper” commercial tools like Unity and coding languages like C++.

Having never graduated into proper game development (I like to think of myself as a storyteller in my creative moments, not a coder… which is code for “I looked at code once and it hurt my head so I gave up), I’ve been quite content with the RPG Maker series, though it has been many years since I actually completed a game. One of the things that RPG Maker quickly gives you an appreciation for is just how much work goes into game development, that’s for sure. But I think I’ll finish a fair few RPG Maker projects with the 3DS “version” of the software – RPG Maker FES – because it is just that much fun to use. 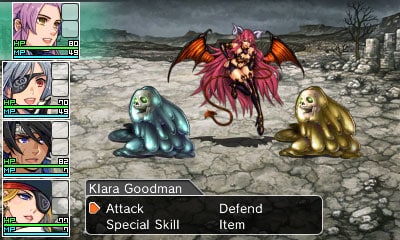 In practice it’s an even more streamlined and simplified take on the tools that powered RPG Maker on the PC. So, even if it was possible to export completed games off the 3DS (it’s not), the chances of you being able to tweak your games enough that they’re different enough from the RPG Maker templates is slim, at best; you can’t break into the game’s coding, import original music, or art. You’re stuck with working with what’s put in front of you, with the default sprites, music, and basic tools to add interactivity into the game, and oddly enough, I’ve found that to be quite liberating. See, with RPG Maker on PC I always felt a desperate need to push the boundaries and try and come up with something that others hadn’t done before, and in trying to create unique graphics, music, and so on, the projects would always spiral out of a scale I was ever comfortable with. But I could jump right into RPG Maker FES and not feel like I needed to have break beyond the bounds of what’s in the standard package.

While I say that RPG Maker FES is more limited than its PC brethren, it still enables plenty of creativity; if you assume that you’ll be building very traditional JRPGs games like the early Dragon Quest titles, you’ll have an idea of what’s possible in this game. The base game contains all you’d need to build a traditional fantasy JRPG, with multiple characters in the team, plenty of enemies to fight, the ability to build towns, overworlds, and dungeons, and then use “switches” – little programming shortcuts that can be dragged-and-dropped so the user doesn’t need to touch a line of code. These switches can be used to set up quests, treasure chests, boss monster encounters, and so on. If you get tired of the fantasy setting, then you can grab DLC that lets you create science fiction, horror, modern, and Japanese settings instead. All up there’s plenty of variety to keep you going for many hours of game designing.

Where the software stumbles is in the lack of a tutorial. RPG Maker FES is very easy to use once you get the hang of it, but actually getting the hang of it can be a slog if you’ve never used an RPG Maker title in the past. Even I took a while to get used to the different interface and layout of things, and I’ve been using RPG Maker for a couple of decades. There is a good e-Manual included in the software, and you can always hit up the very active forums around RPG Maker to ask questions if you’d like, but it really is an oversight to not even include a tutorial game that explains to people how all the various functions work. 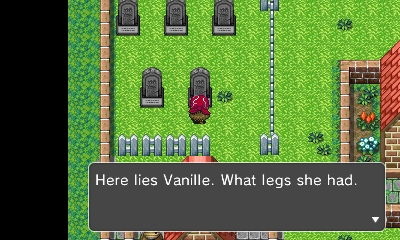 Once you’ve finished developing a game, it’s time to get your work out there and see how people respond, and that’s where the real fun of RPG Maker lies. You’re able to upload your completed games to a server, where others can then download, play, and rate what you’ve created. It’s even possible for people that don’t have the base RPG Maker software to download a completely free app off the 3DS eShop that lets them play people’s games, again, for free. Much like how Mario Maker’s brilliance was in being able to share levels with other people online (and in a spectacular failure, the 3DS version of Mario Maker removed this feature), RPG Maker FES’ fundamental strength is in being able to share your passion for JRPGs that led you all the way to creating one with your friends, and fellow JRPG fans.

Related reading: And for a blast from the past, one of the earlier RPG Makers, RPG Maker 2003 is also available on Steam. Matt’s full review.

Before you go looking for any games from me on the system; don’t bother. I’m deep in the middle of creating one that I really like, but at about a dozen hours, it’s still too early to share. But not to fear – it will get up there eventually, I hope… and no it doesn’t star Miku (if only because of the startling oversight of not putting a sprite for a twintails character with blue-green hair in there).

If you’re really serious about creating JRPGs, the the PC RPG Makers are where you want to be. They run quite easily on low-spec laptops, so you’re even able to take them for working on the go, if that’s your goal. RPG Maker FES isn’t there fore the really serious wannabe game developers. It’s a bit of toy software, which makes it as easy as possible to build little JRPGs as quickly as possible (once you’ve taught yourself how it all works), and then share it around a community of like-minded fans. I really love it for that, and as someone that is quite time limited, I see myself, ironically enough, using this one far more than the “full” RPG Maker software packages, because it’s so easy to use, and you can make much more progress in completing a game in an hour’s train ride than you could possibly achieve using the PC software.

Are games ever really boring? Also what we’ll be playing in July and having fun with RPG Maker (Digitally Uploaded 2017, Episode #23)