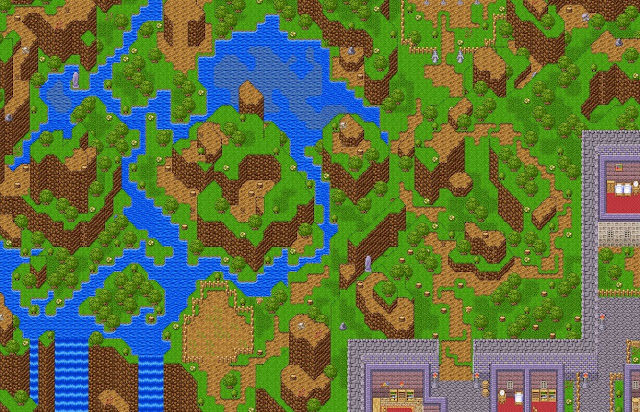 Back when I was a youngster, I was right into my JRPGs. Nothing has really changed since then with regards to that passion, but back in those days, being a JRPG fan was a dark time for Australians indeed. So many of the classic JRPGs on the Super Nintendo never came to Australia, and there was no Steam or region free consoles to compensate.

So you can imagine my excitement to discover there was a program called RPG Maker 95. It was a software that would let me make my own RPGs, and share them with friends. Even better, I’d be able to do so without having to learn how to code (I’ve never had a mind for coding). There was only one problem; the software was never officially released in English, and the only translation was an unofficial fan one. Even as a youngster I preferred supporting the developer than acquiring my software through illegitimate means. By my morality be damned, I was going to make my own Final Fantasy, and the next thing I knew was that I was experimenting with my new bit of software.

And I did the same thing with RPG Maker 2003, which swapped the Dragon Quest-like first person combat perspective for a more traditional Final Fantasy-like perspective with the heroes arrayed on the right hand side of the screen, and the enemies on the left. It, too, was not officially released in English. There were also improvements to the default in-game graphics, but I would continue playing around with both pieces of software, because the two different perspectives do provide for differnt experinces. 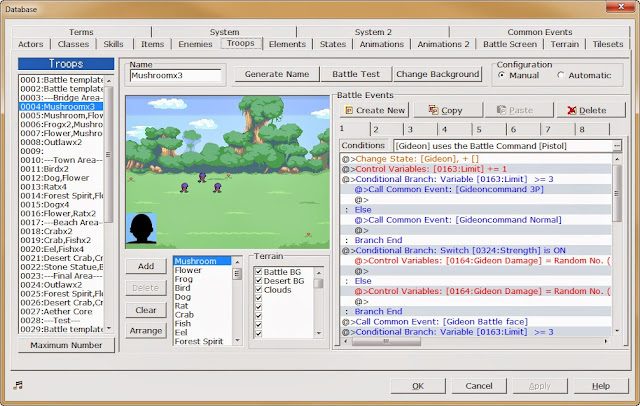 For the longest time the only way that you could make RPG Maker games in English was through these unofficial translations, and that’s why I was so happy to see RPG Maker VX get a proper English release. Now people like (me-from-childhood) are able to officially support what is fundamentally a brilliant piece of software.

While working with RPG Maker 2003 does mean that you’re going to be making games that look antiquated, and where games won’t even run in widescreen, the underlying interface was elegant when it was new software, and it remains remarkably easy software to work with now. To give you an idea of just how easy it is, I went and created something of the basis of a game in a couple of hours (literally, two hours), on a Sunday afternoon. If you’re keen to play my spectacular example of a game, click on below:

Now, I didn’t bother sticking a story in, and all the music and art assets are the ones that come default in the software, but it has a dungeon, items to collect, enemies to fight (including a boss), and even something of a puzzle – there’s a door in a dungeon that just won’t open for some reason! 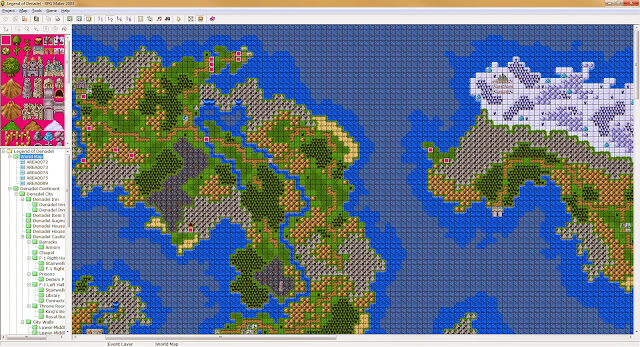 Yes, I know it’s hardly a great game (what did you expect for two hour’s work?), and assuming you’re actually interested enough to play it through you’ll kill the boss enemy in about an hour or so. But the point of this little game of mine is that RPG Maker 2003 makes getting your game concept up and running in almost no time.

While at first you’ll rely on the basic commands and built-in graphics, it’s worth noting that there is a lot of room to do custom, original work, too. As you get better at RPG Maker 2003 you’ll start creating your own scripts, character art, and music in order to produce a game that is uniquely yours. Over the years we’ve seen some really impressive stuff done with RPG Maker titles, and I’m certain the same will be the case here.

Even without delving into the more complex side of game development, or organising your own art and music, RPG Maker 2003 still allows an incredible level of control over each and every part of the game. Every character class, special ability, weapon and item can be customised. Branching dialogue trees and quest paths can be achieved through simple drag-and-drop functions. Enemy encounters can be tweaked and original monsters can be created. A basic, classic, full length JRPG is entirely possible without writing a single line of code or creating a single art asset, and for some that is beyond perfect. 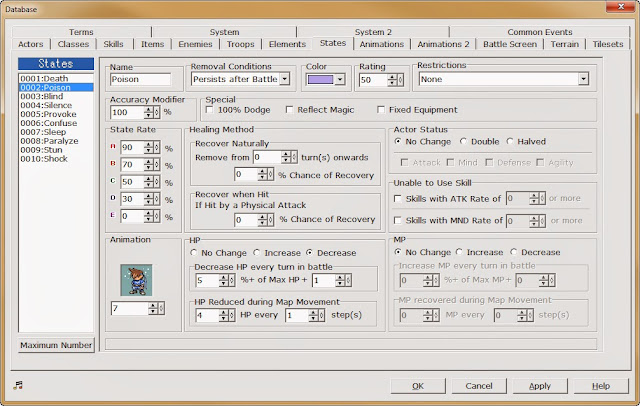 While this is obviously an old piece of software now, so games produced on it could never have been expected to be mobile ready and so on, it was a criticism I have of RPG Maker VX, and it bears repeating here. Aspiring game developers will find themselves limited somewhat that they’re not able to create console ports or mobile versions of their games with this software, and given the likes of Unity can (and is also free to download), this weakens the value of RPG Maker 2003 somewhat. I live in hope that the next version of RPG Maker, whatever form that takes, will be something more robust for people that want to make a commercial go of their dream JRPG.

Related reading: If visual novels are more your thing, then TyranoBuilder is very much the RPG Maker of visual novels. Our full review.

But for people who are looking to build a JRPG as a hobby, or a youngster not quite ready to learn proper coding, the RPG Maker 2003 remains a spectacular tool, all these years later. It provides a platform that allows genre fans to indulge their creativity, and makes the tools so easy that anyone, regardless of programming skills, can create something.

And the end result, being able to play your own game, and share it with friends and family, is so, so rewarding.