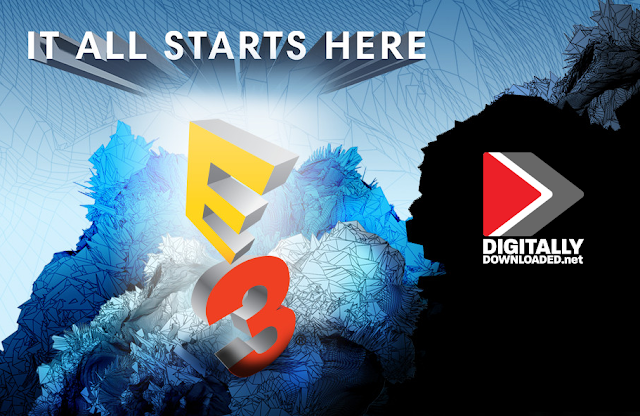 Good morning/afternoon/evening fellow E3 followers! I’m happy to be back here with you for the Ubisoft press conference, occurring at 1 p.m. PST on Monday, June 12 (in Los Angeles, where the conference is located). I don’t doubt we’ll be seeing Assassin’s Creed, South Park, and Far Cry; what else will be seen remains unclear… I expect a lot of shooty bang-bangs and likely little else, but I’m hoping to be pleasantly surprised!

Related reading: Take a look back at EA’s press conference from E3 2016.

In the minutes leading up to the beginning of the show, a long montage of player-created clips are shown. Ubisoft loves their fan-made content and seems to want to showcase it.

What shall we be starting with? Drumroll please…

That’s a Rabbid Rabbit and a Mario coin block, so it’s really happening folks! Rabbid Rabbits will meet Super Mario in what will be a tale for the times. The Rabbits will invade Mario’s world. OH. MY. GOODNESS. Miyamoto is there! Hello, sir! It’s so nice to see you live at an E3 event! The game is called Mario + Rabbids Kingdom Battle. Miyamoto and Yves Guillemot (Ubi CEO) hang out onstage with some awesome-looking Mario-themed guns. Kingdom Battle is “a Mario game that has never been made before” so it would be lovely to see it in action. The game has a unique flavour due to being made in Europe, and is heavy on both humour and tactics.

Guillermo praises Nintendo, saying he’s always been inspired by it. Miyamoto confirms that there’s a strong bond between the companies despite also being rival developers, and that he’s always felt the deep passion Ubisoft has. You know what would be nice right about now, following this little love-fest? A full trailer.

Oh Rabbids, you both ruin and enhance everything you touch! Rabbids have been teleported into the Mushroom Kingdom, making the world unstable and chaotic. Mario wants to save the world, this time with the help of his new friends. But they are wearing costumes from the Mario world… however will we know which Peach, Mario, Luigi, or Yoshi is real versus Rabbid?! I kid, I kid; clearly you’re not supposed to. Kingdom Battle is a turn-based tactical adventure game, meaning that I officially need it it my life. I assume that means I’m getting a Switch. Anyway, as you progress more heroes, setups, defences, and weapons will be made available to the player, making the game forever-evolving in whatever way you see fit. Oh, and there’s a giant Rabbid Donkey Kong, which is certainly a trailer highlight.

Of course, there are Amiibo. Really cute Amiibo. The release date for Mario + Rabbids Kingdom Battle is August 29.

We’ve already seen a bit of Assassin’s Creed Origins during Microsoft’s conference, but I’m happy to see more of it. The game is by the same team behind Black Flag, and it has spent three years making it possible to explore ancient Egypt. Wasting no time, cut to a trailer:

The world, as expected, is absolutely stunning. I’ve never had the patience to play the Assassin’s Creed games, but I’ve always loved hearing the plots and watching gameplay and cutscenes when I have the opportunity. There’s promise of a 30-minute post-game demo livestream, so I’m sure you can find that on Ubisoft’s YouTube channel.

I don’t quite know why the trailer had that world-bending effect so I’m kind of annoyed, but whatever. The Crew 2 is apparently “home to Motor Nation.” You can race anything. Cars, helicopters, airplanes, four-wheelers, motorbikes, motorboats: pick your poison! Street racers race, obviously, in the heart of the city. ATVs and motorbikes race in hills, valleys, and vast deserts. Boats take on massive open oceans, narrow raivers, and everything in between. And of course, pilots take to the skies to maneuvers through clouds and buildings alike.

The Crew 2 is set to launch early next year. You can sign up for Beta access now.

South Park: The Fractured But Whole

Thunder. Lightning. Children dressed as superheroes. Friends are divided. You can be a girl this time around. Destiny will be decided by your choices. Nothing super new yet, just a bunch of clips from cutscenes. I’m excited for this game, but need something more, Ubisoft. South Park: The Fractured But Whole will release on October 17.

For the first time as a player, feel like you’re in a movie. Wait, I’ve done that already in Late Shift. But Late Shift didn’t have Elijah Wood, so my attention is piqued. “No matter how real it may seem, it can’t hurt you.” I never believe that. Transference. Coming (Northern) Spring 2018.

Building on the legacy of one of its most popular worlds, the team at Ubisoft Singapore has come up with… pirates? I’m so tired of pirates, and open water scares me, so I’m ready for this to be over. Especially since all I’m seeing is typical fantasy pirate activity and nothing spectacular.

I imagine the “popular world” is that put forth in Assassin’s Creed Black Flag? Yes, yes it is. Skull & Bones is a tactical action game that takes place in a shared systemic world. You can play alone or team up with friends. There’s mention of seasons, implying consistent updates (likely free) and fresh content. When you act, the world reacts. I really can see why this would excite people, especially based on the shown multiplayer gameplay footage, but I think I’m still out for this one.

The demonstration for Just Dance 2018 starts with people dancing to Jamiroquai; I can’t believe he’s still a thing! The song rotates out a handful times, and circles to live singer Bebe Rexha. The game is out this October on “all consoles.

What’s this? My mobile phone’s true potential has been unlocked? OH MY GOSH YES IT HAS! South Park is going mobile with Phone Destroyer, coming this year.

From Ubisoft Toronto and powered by Snowdrop comes yet another game set in space. But it looks like this one has physical toys?

Starlink is about regaining what children loved in the 1980s. Build a custom starship and adapt to new challenges on the fly. There are both physical and digital starships available for those uninterested in having more game-related clutter collecting dust.

Starlink: Battle for Atlas is coming in 2018 for Nintendo Switch, PlayStation 4, Xbox One.

Steep: Road to the Olympics

Steep was announced at E3 last year and has been evolving ever since, using stories from real athletes to back the game. For them, it takes years to get that one run perfect. Steep’s first expansion is coming this December 5, and real stories from Olympic athletes are what fuel it.

This seems like a post-apocalyptic world. A video is shown where a large group of people is in church with guns, a modified American flag in the back. Yep, seems about right.

Dan Hay, the game’s executive producer, takes the stage to talk about the game. He swears, because he’s edgy like that. The above gameplay footage is showcased. There are a lot of guns. A LOT of guns. That’s the end of that story.

Beyond Good and Evil 2

Honestly, the consistency viewing of the Ubisoft logo is still less annoying that hearing Microsoft guy say “Exclusive” two dozen times yesterday. Anyway, the below trailer has talking animals, including a heavily-tattooed pig with a moustache who is ripped off by a monkey with a grappling hand. I don’t know what I’m watching.

Ah, you know, I should have known. Really. I’m disappointed in myself. This is Beyond Good and Evil 2. A pair of Ubisoft employees hit the stage to a rousing round of applause, tears forming in their eyes with appreciation for fans sticking around for almost 15 years. The story takes place before the birth of Jane, in a distant solar system where hybrid animals are created essentially as slaves. You bet there’s a rebel group of animals, too! There is a Space Monkey program to “help” make the game, whatever that means.

Everyone is freaking out now and it’s great. It’s been fun covering this event, and I’ll see you later today for the Sony recap!