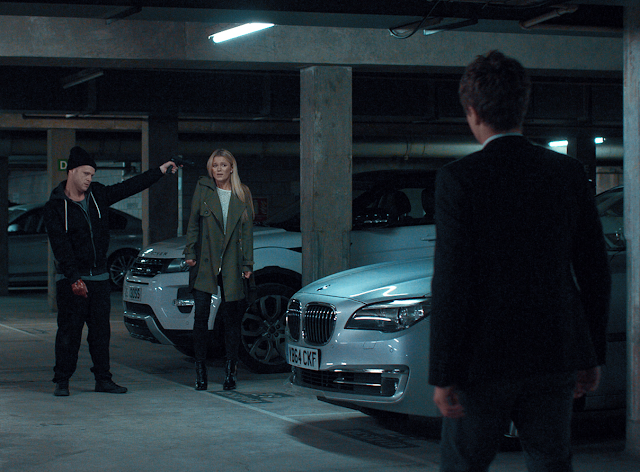 I’m going to start this review a little more personally than usual, with this statement: I suffer from chronic pain. The kind of pain that no medication can take away, no doctor can cure, no message therapist can knead out. In the years since the pain has started, my ability to play fast-paced games has steadily decreased; as a result, I often find myself stuck with turn-based RPGs, walking simulators, and little else. Enter Late Shift, the film that plays like a game — or is it the game that looks like a film? The lines are blurry, but my verdict is clear. This game is a downright godsend for those in situations similar to my own. It is possible to experience the quick pace of action/adventure games, but by removing the combat and utilizing choices. It allows my brain to stay active and focused on something other than searing pain without hurting my hands, wrists, and arms by button-mashing my way through villains.

Related reading: Another recently released game that focuses on crime fiction is the masterful The Silver Case. Matt’s full review.

But not everybody is like me, and thank goodness for that! The real question that I’ve been mulling over is whether or not each of Late Shift’s elements stand up on their own.

An FMV game is a tricky thing to review. Should I focus on the narrative? The acting quality? The filming quality? The minimal gameplay? And which of those aspects is more important than the others? I’m a film buff but not quite a film critic, and here I am facing a part-game, part-movie. All of a sudden there human acting to consider, on top of everything else that is normally part of a video game. But whether or not acting can overshadow a subpar storyline — regardless of which choices are made — remains to be seen. 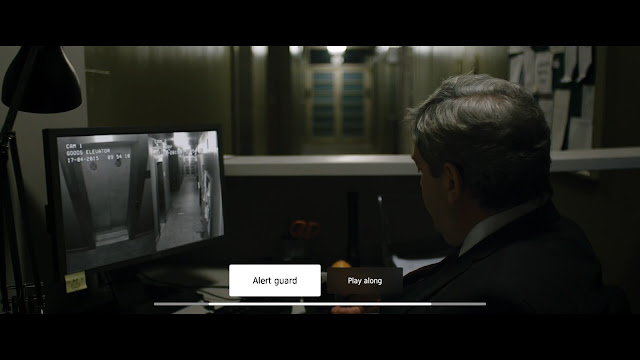 I suppose after that ramble, acting is a good place to start. The acting in Late Shift is stellar. Stellar. Filming something as dismantled as this game would be difficult, with characters acting different ways in the same situation. The actors simultaneously need to embody their character and embody the audience’s choices, a dialect that I find fascinating and something I often looked for while playing. The main character — Matt, played by Joe Sowerbutts — is someone I could not take my eyes off of. My first playthrough I made him a yes man, agreeing to go with every situation presented; it is in this scenario that the actor’s choices in affect and body language make the most sense. The next time I played through I made literally no choices, leading to many “Oh darn, I shouldn’t be so undecided” moments for poor Matt; this choice, or lack thereof, was acted out as well as I believe it could be.

My third playthrough had Matt fighting and saying no at every turn — needless to say this turned disjointed, but that had little to do with the acting and everything to do with having to force a plot forward when facing nothing but resistance. I suppose this is why the first rule of improv is to always say “yes” and never say “no!” The other actors are good, but Sowerbutts is superb and his chemistry with Haruke Abe (who portraits May-Ling) is felt regardless of choice.

Where the acting shines, the plot falls startlingly short. A game with little gameplay best have a darned good narrative, and unfortunately I’m not sold on this one. Essentially, Matt is a student who works the late shift at a parking lot. Through no fault of his own, he is roped into an art theft. The story is predictable and stale regardless of the outcome. Maybe I’ve seen too many heist films, but I can’t help it; art heist films are right up my alley, and one of my favourite books is about the topic as well. I’m a photographer. I’ve studied art theories and histories from antiquities to the present. I have work experience in museums, artist run centres, arts colleges. And on top of that, I adore crime anything (except the commission of). Maybe that’s why a game about art heist can’t surprise me. I’m not saying it’s not a solid plot, but it’s not exactly jump-out-of-your seat thrilling or surprising either. 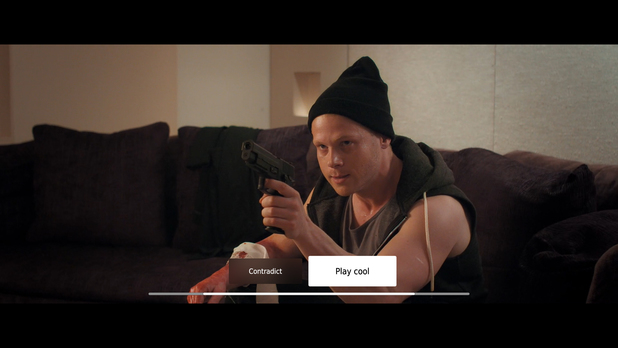 Do the choices really make much difference in the end? Only the final few, I venture (though there are certainly exceptions). That’s enough to easily get several hours of playtime out of Late Shift, which is more than you would any standard 90-minute film. But it annoys me that between my all-yes and all-indifferent runs, very little changed. It was essentially watching the exact same thing again, especially since I wasn’t making decisions but instead letting it play out. I expected this to be the smoothest when it came to cuts at decision-time, but it still felt slightly disjointed.

Matt’s status as a student allows for him to reference game theory and, more specifically, the prisoner’s dilemma. I just wish these thoughts could have been explored further, whether via Matt’s inner dialogue or played out in front of the camera. Prisoner’s Dilemma is a concept familiar to those of us who love Danganronpa, as it is the basis of the series. Game theory is heavy math and statistics, and quite frankly goes clear over my head — it’s a miracle I even recognize the term. I had heard it used before though, specifically in relation to the prisoner’s dilemma: the prisoner’s dilemma is a prime example of a game analyzed in game theory. It was renamed to “prisoner’s dilemma” after being put into the context of criminal activity. There is a classic example of this towards the end of the game, but I believe it could have been used in other parts as well to really drive the point home.

Late Shift is definitely a step in the right direction for choose-your-own-adventure film-games. Consider this: when reviewing a game or a film, we often look at content, characters, and (voice) acting. Late Shift stands up to each of these elements on its own to a certain degree. Some of the content verged on deep but never quite made it, the characters were solidly average, and the acting was surprsing, in the best way.