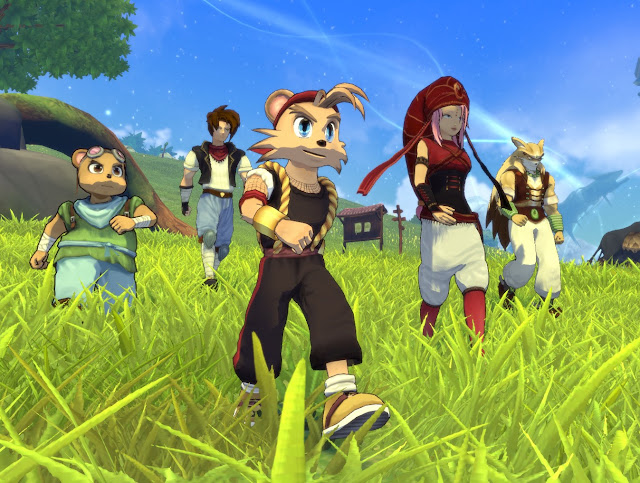 Shiness: The Lightning Kingdom is a Kickstarted RPG from French developers Enigami. From the start there is nothing shy about it, with vibrant colours, combat out of a classic martial arts movie, elemental magics that would make Avatar the Last Airbender proud, and the main character Chado, who himself makes a lot of noise.

Things start off with a literal bang as Chado crash lands his ship into a new land. Sound familiar? If it doesn’t we need a talk about classic J/RPGs. Right then, as Chado loses control and crashes the ship a feeling of nostalgia for older adventure games from the N64 and PS1/2 era settles in and persists on throughout the game’s colourful world. The landscapes themselves are beautiful. The colours, the textures, and the small things running around such as scaly hedgehogs and butterflies give the game a beauty and eye for detail that often belies its budget. It needed to nail this, too. Shiness is all about the winding paths to larger areas and switches that must be hit in order to move forward. There’s no real reason for half of what you do other than adding some gameplay mechanics in order to limit your progression at that particular moment in time. Yeah, it’s arbitrary. But it also works, and you’ll always be able to push forward. because you’ll always be aware of where the next obstacle is, and how you’ll need to overcome it.

The first major cave system for example feels right at home especially with all of its tight winding paths, gates and switches thrown in to halt your progress. It makes sense because of those that would call it their home may not actually want your hero in there! The more open aired areas take another approach creating enough of a contrast to make them feel different from one another. Here switches and powering up relics are required to make bridges and doors grant access to what sometimes should have been a simple crossing. Like a lot of games of old, protagonists cannot swim and jumping into the water is bad for your party’s health. 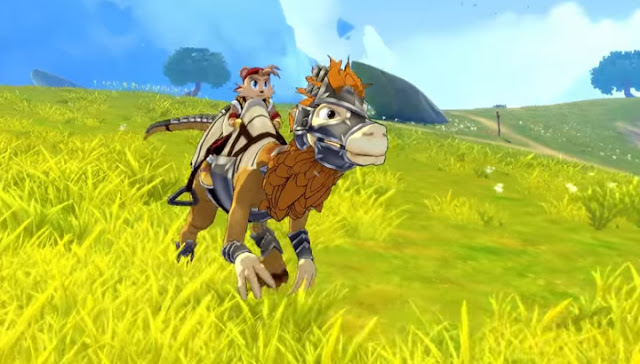 What I appreciated about the environments is that they weren’t simply one loading time another another with you having spent more time in a loading screen than actual exploration. Each explorable area, whether it was a large and open space, or a tight corridor inside of a cave, had a lot to see and move around in. Even if an area could branch off into multiple other areas these weren’t simply a tiny room with wasted load time, but rather another genuine area that was added into the game for a reason.

Adding to the overall atmosphere is that you’ll see all the enemies there on the field; there are no random encounters. Running into enemies on the field will simply put up a visible barrier that draws the lines of combat. And what a combat system it can be when it’s at its best. Where other parts of the game are heavily nostalgic, here the fast-paced 1 vs 1 martial arts system is slick, and very modern. It really is an art; much like the martial arts that so heavily influenced the game. Even if there’s more than one enemy or party members involved, at any point in time the fight is always a 1 vs 1 with the ability to swap members out in case things get dicey. Your main weapons are a character’s fists and their feet with the ability to mix and match as you see fit. Because no one is simply going to take the hits, blocking and counters are also part of the mix with countering being one of the key tricks for long term success in this game.

As with real martial arts, you’ll also need to spend time practicing in order to learn new moves, which is a great touch. Each character does not simply gain an ability from leveling up but instead through the usage of new moves that can be found on various scrolls. You can only be learning one ability at a time, but using these abilities in combat will bring a character ever closer to mastering it and having it permanently ingrained in their mind in order to call upon it later while trying to master a different one. Much like how real martial arts work. 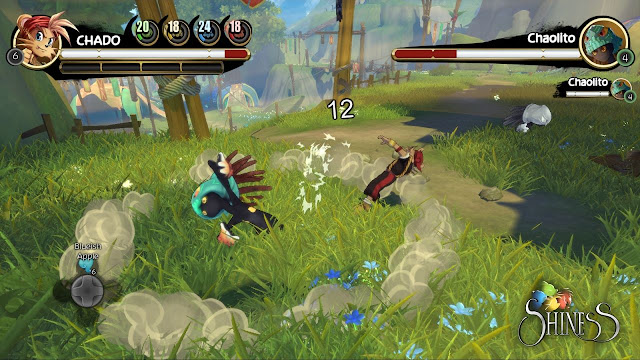 Using elemental abilities wasn’t just an afterthought but a proper element that fits right in with the martial aspects. Earth, Wind, Water and Fire can all be used to either augment a character or use it more in an offensive maneuver with launching fragments of a character’s equipped elements across the arena. These flying elements can be countered just as easily as a punch or a kick and returned to the original owner so that they take the damage instead adding to the complexity of the system. Up to four small shots can be fired off just as easily as one large one that requires a bit more time to get ready. In either case the fundamentals are the same just try not to Dragon Ball and miss the charged up ability.

With all of the elements being thrown around the standard RPG ones of poison and stun for example should not be forgotten or ignored. As deep as the battle system is there’s another supporting system that offers its own depth with the ability to set up if/then conditions not unlike what we saw work so well in Final Fantasy XII, and not applied to enough games since. These abilities are picked up in the field and can be used by the sidelined fighters to support the one currently engaged. Health has gone under fifty per cent? One character could launch a heal while the other could buff their defense. The same can be done again status effects like being poisoned and stunned. Just keep in mind that your enemies have access to the same support that you do so there’s quite a tactical game underneath it all in that not only do you need to focus on the immediate fight, but also countering your opponent’s supporting effects. 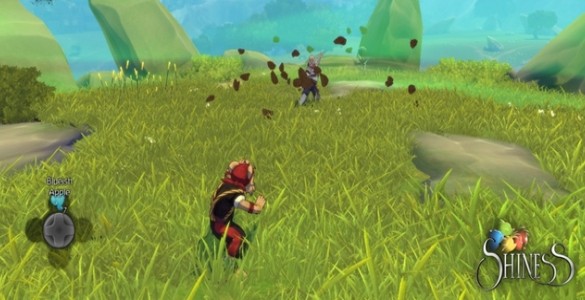 All of this comes together for sometimes nothing more than ten, twenty or thirty seconds of intense gameplay. I’ll assume that you could mash the buttons and might just come out on top but I would seriously not recommend it. The system is designed for precision and calculating your moves even if they come to be fast paced with all the attacks and the counters, it’s also where Shiness can in certain cases bog down.

With all of the quick button presses and the precise timing on counters especially for launching elemental attacks back at your enemy, your controller needs to be in great condition. After a certain amount of time I was finding that I was no longer able to pull off new martial abilities. At all. It wasn’t a case of properly reading your commands and checking if there was a comma between pressing each input either. I had swapped controllers while one was charging and the controller itself is as old as my PS4 and has seen a lot of use from me alone. Shiness for the most part uses a good control scheme but it also uses the R2 Trigger for quick presses. R1 would have worked better as it isn’t designed for variable pressing and is much more responsive but having used R2 sometimes things don’t go according to plan.

Additionally, Shiness does have some issues that can basically cause the game to crash with no way out. Walking too close to the ledge and “falling into the water” will cause an animation loop that does not let you jump out of it. It can happen in other places as well when you’re too close to areas that you shouldn’t be in but it means that you need to exit. Working off of save points this can mean some serious loss of progress at times. It’s something that will no doubt be patched but for the current moment in time it’s a major issue. 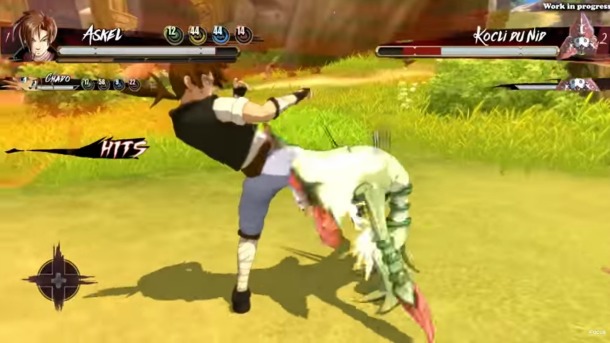 Shiness: The Lightning Kingdom is both an amazing nostalgic trip to an older generation of gaming as well as a breath of fresh air with its fast paced and solid combat mechanics. It’s rare for a developer to take martial arts and really try and do the philosophy and flow of them justice in a game, and for that Shiness is a most welcome addition to the RPG library.

Cool, a super-sexy Vita game banned in Australia is getting a PC release