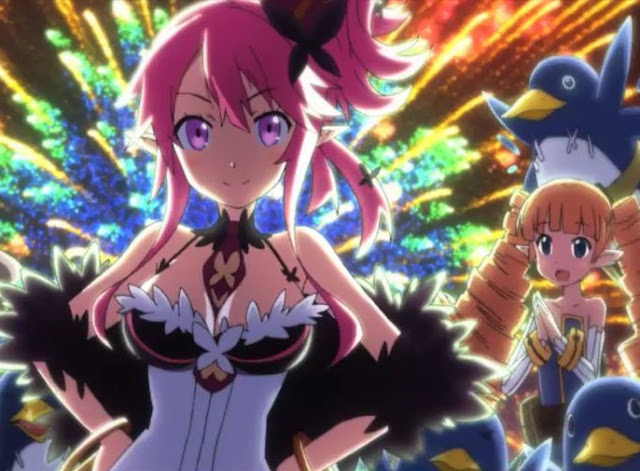 Disgaea 5 is one of my favourite tactics games. Nippon Ichi managed something truly special with that game; it took the whacky, zany nonsense (though nonsense with a purpose) that we had become accustomed to over the previous Disgaea games, and then leveraged the PlayStation 4’s hardware to give the action scale. It was a genuinely bigger game, and while bigger doesn’t always make for better, the immense scope and scale of Disgaea 5 did make for a better game.

I remember being very disappointed when I saw the game’s initial reveal at TGS a fair few years ago now. I was disappointed because against the predictions of many, we were told that there would be no PlayStation Vita version. Sure the developers explained that this was a decision they had to make, as the PlayStation Vita version would have forced compromises on the scale of the experience, and Nippon Ichi didn’t want to do that, but I was still crushed, as Disgaea 3 and 4 on Vita demonstrated to me that I do prefer playing these games portable.

I’m not even entirely sure why that is, but there’s something incredibly appealing about having a tactics JRPG of the sheer depth and length of Disgaea on a portable platform. Broken down into individual missions with a bit of storytelling before and after, I’d be able to enjoy the experience on the run; completing a map on a train trip, and then not thinking about the game again until the next time I jumped on to a commute. At the same time, when I felt like a real fix I could sit down to the thing for hours at a time. Conversely, when I sit down to play Disgaea on console, I have this weird need to sit there for hour after hour; it really has a way of demanding attention on the big screen. 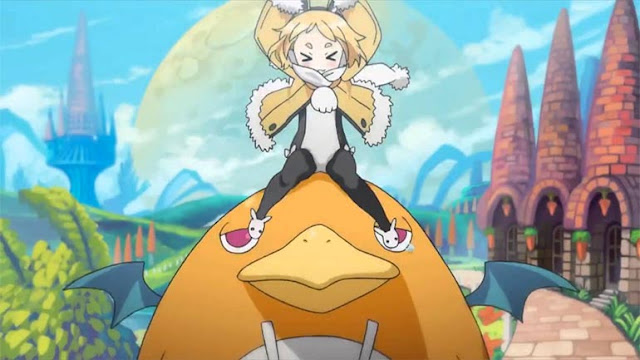 So I was really happy to hear that Disgaea 5 would be a Nintendo Switch game; I’d finally have the portable experience I was looking for! Of course, the immediate question after that is whether the game holds up well on the different hardware, and I’m pleased to announce that it does it just fine.

Disgaea is a franchise about a couple of key things; its characters are over the top nonsense, and the combat is over the top nonsense (what kind of lame game restricts characters to a level cap of 99? Nah, let’s bump that up to 9,999). To really execute on this sense of over the top fun, a Disgaea game needs high quality animated character models (so people can appreciate how silly the character design and animation can be), and it’s got to look bold and colourful on screen, in order to emphasise the cartoonish nonsense about it all. The biggest test for me with the Nintendo Switch version of the game is whether Disgaea 5 would look on the Switch’s portable screen, and I’m very happy to report that it looks gorgeous. Every character is distinctly cheerful, charming in the most delightfully warped way possible, and when the really big attacks happen on the field of battle, the fireworks are incredible.

Nintendo loyalists who haven’t played many of the Disgaea games (aside from a port to the Nintendo DS of the first, it’s a series that has been exclusively at home on PlayStation and PC) will be happy to know that Disgaea 5 doesn’t require knowledge of the previous games. It’s a very self-contained story, and though there is the occasional nod back to previous titles, that’s done more as fanservice for veterans than essential to understanding the narrative. Something that new players might find disappointing is the DLC; Disgaea 5 on the Switch, as the “complete” edition, comes with all the DLC loaded in, but given that a big part of that characters from previous games, or other NISA properties (Metallia from Witch and the Hundred Knight), much of that appeal is going to be lost on players. 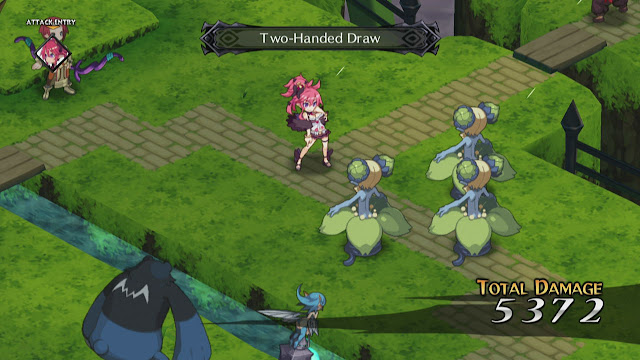 I’m not going to go in-depth into the narrative of the game again; you can always read my review of the original game on PlayStation 4 if you’d like. Effectively Disgaea 5 is a satire of the good-and-evil dichotomy that is such a feature of so many JRPGs. In this game, every character belongs to hell, they’re all supposedly evil (though you’d have to argue they’re all too incompetent to be genuinely evil), and they’re not even really anti-heroes; they’re not achieving a greater good in what they’re doing, either. Disgaea 5 is a big game, and it takes a long time to get to its conclusions, but rarely does it offer a dull moment. Characters might be caricatures, but they’re witty (or silly) enough, while also managing to avoid degenerating into “irritating” at any point. It might all be a bit much for fans of the more muted, grounded tactics JRPGs like Fire Emblem, but my sincere recommendation is that you let yourself get swept up in it all, because at no point does this game ever stop being a wild ride.

The mechanical structures of Disgaea 5 are far, far too deep to even bother trying to describe in a review. There is system layered upon system upon system, to the point where the battlefield tactics themselves – the moving around the field and figuring out which character will attack what – is barely the tip of the iceberg. From the recruitment of new allies, to the development of their skills, and even determining which other characters they’ll fight well with in battle (it’s something you can control), you’ll be spending a lot more of your time in this one wandering from one of the dozens of shops/facility in the hub world to the next, and setting up your characters to take on the next tough challenge, than you’ll spend in the battlefields themselves.

The good news for people who enjoy grinding away is that Disgaea 5 has some very nasty difficulty spikes, and all but demands that players spend a lot of time simply levelling up characters. The other good news is that the game has a special randomised dungeon mode which is a huge amount of fun in its own right, and will get all your characters levelled up in good time. Disgaea, for all its bulk, never feels like a drag, and while that might be in part because I simply find it so enjoyable, the game does manage to keep giving players new things to see and play around with, even if they sometimes need to take substantial breaks from the narrative itself. 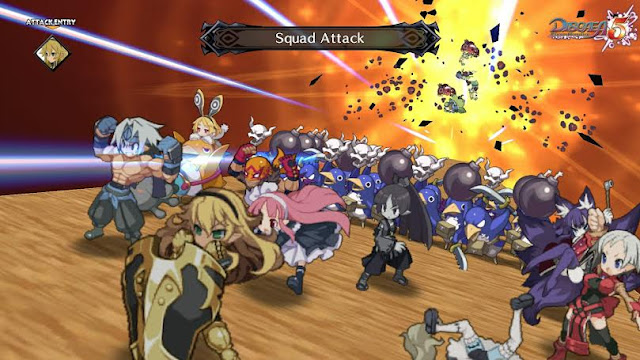 The main point here is that Nippon Ichi has done a spot-on job with Disgaea 5 in porting it to the Nintendo Switch. This is one of the best tactics JRPGs you can play. It’ll last you a long time, become more rewarding the more time that you put into it, and runs just perfectly on the Switch’s hardware. You could not ask for a better portable game than this.

Review: The Legend of Heroes: Trails in the Sky the 3rd (PC)