We have a release date for deck-and-dice tactical RPG Children of Zodiarcs!

Hold onto your (cardboard) hats, for the long-awaited Children of Zodiarcs by Cardboard Utopia is coming in July! We last had a news report with a game overview in the Catch-up from March 7. Children of Zodiarcs now has a firm release date: July 18 for PlayStation 4 and PC via Steam. Children of Zodiarcs harkens back to classic tactical RPGs such as Final Fantasy Tactics and Shining Force, as well as board games and collectible card games like Magic: The Gathering. Check out this updated version of the trailer featuring new gameplay footage:

The game is a single-player, story-driven tale of Nahmi and her friends who try to steal a priceless relic. As you might expect, that’s where things go horribly haywire, and the band of thieves make a desperate escape attempt through the palace, through slums and catacombs. And this is where Cardboard Utopia wanted to break away from the classic tradition of the characters being heroes of pure heart, unflinchingly facing their destiny. It certainly sounds a much more modern scenario to have your protagonists not trying to save the world, but rather just survive it.

Deep strategic gameplay is the name of the game; the developers tried to ensure you draw on luck just enough for it to be exciting — but hopefully not irritating. I don’t know about you, but I’m always a bit nervous where dice are concerned. However, the developer assures us that the player is in control of the timing and orientation of the dice throw, and rerolling gives you another chance at optimising the result. The dice in Children of Zodiarcs are symbol-based, each symbol giving you a special bonus; you can spend some of your unequipped dice, for instance, to modify the faces of the one you want to use. Sounds handy to me. The message is: you choose your fighting style by deciding which cards and dice to bring into battle for each of your characters. I’ll give it a roll, come July!

What is a “chuusotsu”? A person with no education beyond middle school. In a society as focused on education and achievement as Japan, this could prove a monumental stumbling block. And here we have not just one chuusotsu girl, but three, all living together as per the conditions of a government programme to deal with the chuusotsu problem! Another condition is that they tackle (philosophy alert!) existential questions to earn their place in society. Chuusotsu – 1st Graduation: Time After Time was released in Japan in August last year and is an all-ages romantic visual novel. It’s the first chapter in a series, but works as a standalone game. Check out this updated version of the trailer featuring new gameplay footage:

Fruitbat Factory have announced it is localising the game, developed by Studio Beast, for a Western release on PC via Steam. Text will be dual language, and characters are fully voiced in Japanese. Work is already underway and the release is expected for late 2017. So … why has a Kickstarter campaign been launched?  Especially since the localised version will be delivered whether the KickStarter gets funded or not.

The answer is that Fruitbat is treating this campaign as a bit of a ‘trial’ to gauge whether this is a worthwhile strategy for the future. While the Kickstarter funding will undoubtedly help offset some of the localisation costs, it is mainly intended to allow the developer to make further improvements that they weren’t able to undertake for the Japanese release due to budget and time constraints. The success of the Chuusotsu campaign may well help determine whether more visual novel projects for PC will be undertaken in the future. The campaign has, at time of writing, reached 75% of its $20K goal. I have to say, Chuusotsu does look and sound like a bundle of fun. The opening trailer (above) is suitably cute and quirky, with a modicum of cleavage and a toe-tapping theme song.

The PS Vita version of Oceanhorn is finally here

Oceanhorn: Monster of Uncharted Seas by Finnish developer Cornfox & Bros became one of the indie success stories last year with over 1 million sales on all platforms covered: PC, PS4, Xbox One, Android, and iOS. The small, but highly vocal PS Vita community encouraged both the developer and the publisher FDG Entertainment to consider a Vita port. The Vita version was finally announced mere days ago, and is available now!

The developer incorporated system-specific features for the Vita: the touch screen is enabled for casting spells and to navigate the menus, but it’s entirely a player choice whether to use them or the traditional controls. Oceanhorn also supports PlayStation TV, and for trophy hunters there is a separate Vita set of trophies. The game is being released digitally for Europe and North America. A physical edition of the Vita game (as well as a PS4 version) will become available via Limited Run Games in July. To complete the console trifecta, Oceanhorn will also come to the Nintendo Switch later this year.

Oceanhorn is transparently inspired by the Zelda franchise, with its focus on dungeons, puzzles and action combat. It made its first appearance in 2013 as a mobile title. Nobody was surprised that, after the success of Monster of Uncharted Seas, Cornfox & Bros is working on a sequel, titled Oceanhorn 2: Knights of the Lost Realm. The sequel is set in a different period in the Oceanhorn timeline and is powered by Unreal Engine 4.

Yay, another Harvest Moon! If you’re not into the bucolic lifestyle, you’ll probably be rolling your eyes (and wondering, to boot, how two separate iterations of the franchise can co-exist, with Story of Seasons the other), but for us hardcore farming folk, there can’t be enough magic under that harvest moon. Developer Natsume and publisher Rising Star Games announced Harvest Moon: Light of Hope for PlayStation 4, PC, and Nintendo Switch. This is the first time the Harvest Moon series will appear on Steam and also Nintendo’s new console. The bummer is: no release window yet. The game will be playable on PC and Switch at Natsume’s E3 booth in June, so no doubt we’ll be hearing and seeing more then. 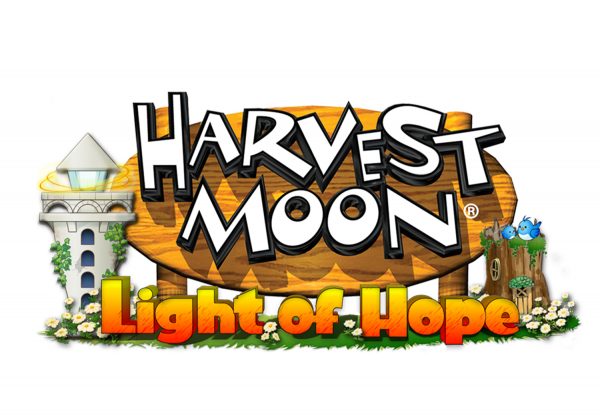 This Harvest Moon game starts out a tad differently in that you’re a kind of seafaring pioneer, looking for a fresh start in life and a suitable place to realise your ambition. I just hope we don’t become colonial oppressors… thankfully no, for the vessel is shipwrecked by a monsoon (what latitudes are we in?) and us survivors make it into a small harbour town, devastated by the storm. Now we can show that we’re no nasty colonialists, but helpful community members, participating in the rebuilding of the town and ensuring the survival of that all-important and highly symbolic lighthouse. The usual back-breaking hard work is required to grow food and gather repair materials; fortunately, there’s always time for socialising, starting a family, and saving the town in the process.

The President & CEO of Natsume, Hiro Maekawa, stated that Harvest Moon: Light of Hope will bring increased depth to the series, including a robust story and clear-cut goals. I’m guessing that the spectre of Stardew Valley is hovering over the moonlit franchise, for the bar has been raised high indeed in the virtual farming world. The good news (for us nostalgic fogeys at least) is that Natsume’s explicit goal is to create a game with that SNES-era style coupled with truly deep and meaningful characters, events and relationships.