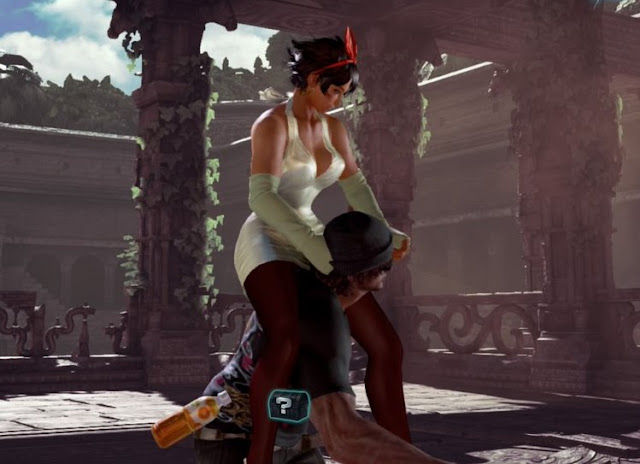 I don’t understand why the largest print magazine out there, Game Informer, decided to frame a “question” about whether games should be political as a question. But that’s exactly what it’s done with Video Games Should Embrace Politics. The problem with this heading – and the approach that the journalist took to the subject – is that while it’s positive on politics being in games (good), it also suggested that there’s an alternative view, that it’s possible to argue that games should be free of politics, and that’s the kind of nonsense “discussion” that holds the entire industry back from ever achieving maturity as an art form.

This is a fact: Art is inherently political. It is impossible to make art without making politicised decisions about the content in that work of art. Every book, film, performance, game, and painting that you’ve ever experienced has political ideology built into it. Shakespeare is political, and so is Harry Potter. The Avengers are political, and so is the most innocent of animated films from Disney.

And if games are art, then they too are inherently political. I believe games are art. I know a lot of people believe that they’re art only as long as it’s convenient, and then as soon as it stops being convenient they revert to talking about games as “entertainment,” but, no, games are always art. Games are a product of creativity, and it’s in that creativity that they find their identity as art, and as political commentary.

People make games. Each person is an ideological being; they have opinions on a wide range of topics, they vote in elections. They have hobbies, preferences, interests, passions. There are things that impact on a person’s identity and outlook on life that happen so long ago that the person doesn’t even remember them.

When that person makes any art work – yes, including games – they pour that personality and ideology into their work. Sometimes it’s intentional. Sometimes it’s not. Sometimes it’s overt. And at other times it’s quite subtle. But any creative endeavour will end up being influenced by the person that made it. These themes are there in every game because it’s impossible for an impersonal robot to actually make a game. This is a good thing. The reason that Final Fantasy is different to Dragon Quest is because two different people made games in those franchises. It’s not just that they have different “graphics” and “music” and “story,” these games mean different things, were designed around different ideas, and come from different world views. They are the product of the political ideologies of two different groups of people. If you like Overwatch, but you don’t like Destiny, it’s because you like the creative vision of the people that made Overwatch, but don’t like the creative vision of those that made Destiny.

And this is fine; great, even. If the world was comprised of the exact same thing repeated over and over again, life would be very boring. We’re glad that people pour their hearts, souls, and ideas into games. Miyamoto’s life-long ambition to capture and recreate childhood in each and every one of his games was an ideological stance on game design that has made Nintendo the company that is so beloved today. Meanwhile, the various directors at Koei Tecmo, and their interpretation of the intentions and actions of various (political) characters of history, is the reason that Samurai Warriors and Dynasty Warriors are what they are.

And yes, my precious Hatsune Miku is a political creation with so much that can be written about her from a sociological perspective. I have done this myself over, and over again.

We love the creativity of game developers… until we don’t like it. Or, more accurately, some of us don’t like it. And then, for some of us, we start complaining about “politics” in games. Dead or Alive fans are comfortable with the game’s (political) ideology that argues that women are beautiful and it’s okay to enjoy that. Others are quite happy to laugh along with Dead or Alive’s satirical elements, and, again satire is by nature political. Many of those same Dead or Alive fans explode in rage at the idea of a game with overt feminist messages. Meanwhile, Ubisoft can make a game like Tom Clancy’s Ghost Recon: Wildlands and get away with the hyper nationalism and American exceptionalism that is exhibited through that game, but a simple promotional shot of white-Christian-supremacy-as-enemy in Far Cry and then suddenly “politics” are a problem for Ubisoft.

It’s fine to criticise a game for carrying themes that you don’t agree with. I have a particular issue with racism and nationalism, and those games that exhibit that get robustly criticised by me. If you really want to have an issue with feminism, go to town. Debate away. Debate is a healthy part of the discussion process, which is integral to art being able to have an impact at all. But don’t argue that games shouldn’t be able to explore themes that you’re not interested in, or don’t like. If I can put up with the existence of Tom Clancy’s Wildlands, then I assure you, Far Cry 5 won’t hurt you. Feminist games don’t mean that Dead or Alive is in any danger of going away. The games industry is big enough now that it can sustain all kinds of creativity, and to suggest otherwise is simply juvenile and puerile.

So we don’t need to “embrace” politics in games, Game Informer. We don’t need to discuss whether games should be political, or whether the community should embrace that. Games are political. All of them. We need to stop pretending this is a debate at all, stop having the discussion at all, and for the games industry to move on to having far deeper and important subjects for discussion, we need to stop treating them like brain-dead toys for children.