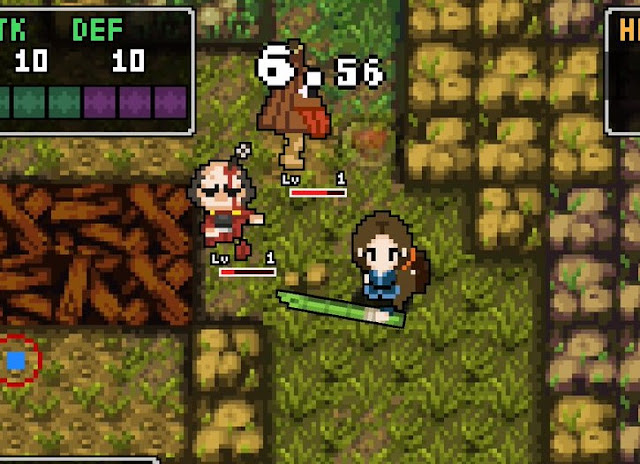 Cladun Returns: This Is Sengoku is the kind of game I never even realised I wanted on my PlayStation 4. It’s a game of micro-dungeons and pixels; a real grind of a game that never even bothers to try and hide that its core loops can be broken down into 20-second chunks. It’s a game that delights being about building blocks; giving players the ability to mess with just about everything in it by jumping into the game’s editors.

It’s also a game that can easily be played in breezy five minute sessions, and feel like you’ve made progress through it in that time. It’s a game that almost could have been a free-to-play mobile thing in the way it’s structured, but then the way that I’ve binged on it in multiple, multiple hour blocks makes it clear that as a sheer addictive force it’s really hard to look past what Cladun offers.

The basic flow of the game is as follows: You enter a dungeon, run around killing things, collect a bit of loot, and exit. This dungeon might have a “par” or target time of as little as forty seconds. It gets longer the further you get in the game, but you’re still measuring the length of each dungeon in single minutes, not dozens of them.

This is a real joy to do because the pixel art is just gorgeous, and the characters and enemies zip around with real style. I know that pixels are quickly reaching the point where they’re kitsch, but the vibrancy of the colours and ultra-cute enemy design is spot on. You’ll know instantly with Cladun that you’re not going to get something that gets into the hard-and-heavy, but then you’ll create a pixelated Hatsune Miku, give her a bow, and send her off to kill a horde of cute bunny-things, and you just won’t care.

Between quests you’ll spend some time in a small hub village, where you can upgrade your character in some pretty complex ways. While you only control one character at a time, you can bring with him or her a number of allies, who act as an invisible “shield” that protects the main character from damage, until they run out of health. These allies can also be set up with all kinds of accessories to boost your little party yet further. With a huge range of different formations to choose between (do you place characters on every side of you for protection from all angles, or do you go with a riskier formation that leaves gaps that allow enemies to attack your main hero in order to provide greater boosts?), there’s a lot of room to get creative with party structures here.

Further to this, all characters that go into a dungeon earn experience, but the “main” character gets different benefits from levelling up when compared to the other characters in the formation. To develop really rounded characters you’ll need to play through dungeons over and over again with all the characters in your group into order to make sure they’re levelled to face a wide range of different challenges. It’s grindy, of course, but it’s also a fun, snappy paced grind in which the rewards come thick and fast, so it’s hard to actually stop. 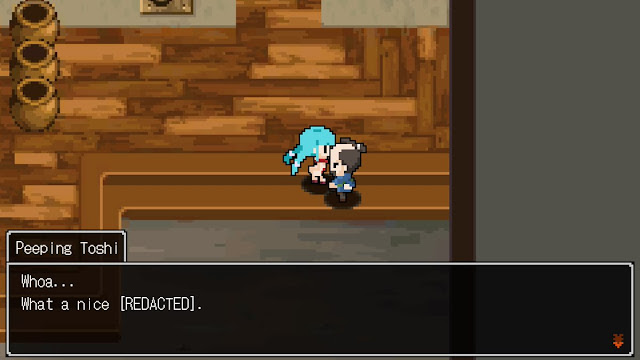 The main narrative missions are not too overwhelmingly difficult, but these are just preparation for the eventual delves into the endless dungeon you’ll make. Randomised levels, difficulty spikes, and brutal deaths aplenty. Actually getting to the bottom floor of these dungeons is where the more sustained experience is for people that want to eke more value out of the game than the base package. It’s a lot of fun, once you get into it, but I’ve got to say that those later levels really do shatter the otherwise breezy perception that the game works hard to create, and might require a little more dedication from players than they’re willing to put in.

The other great feature in Cladun is the ability to customise characters, their weapons and… well, just about everything else, really. The game comes with a very simple and elegant little pixel art editor, which lets you replace the base graphics for just about everything you’d like to. My Hatsune Miku shoots hearts out her bow now, rather than arrows. That’s pretty neat. This is of course a feature that Cladun has been well known for across its history, and it’s nice to see it reused here, even if it does mean you’re almost certainly going to end up with characters that look ridiculous set against the Sengoku trappings of the game’s environments.

I’d normally say that I’m not a fan of stuff the breaks the continuity and immersion within the games I play, but in this instance I don’t think it’s a big deal at all, because Cladun does nothing with its Sengoku setting. This is my biggest disappointment with the entire game, really. Levels are loosely modelled after important settings through Sengoku history, but there’s no specific design element to them – the level might be called “Anegawa,” for example, but aside from some pixelated medieval Japanese banners and the like you’re fighting the same basic enemies that you fight in vanilla Cladun games. It certainly never feels like you”re in one of the greatest battles of the Sengoku period, that’s for sure. 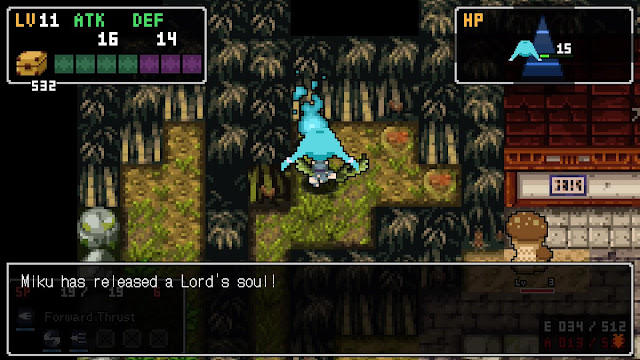 The same goes for the characters that you meet along the way, too. Each character might be based on a Sengoku personality in theory, but in practice they each only have two or three lines of dialogue, a character graphic, and a name. That’s about as far as it goes with regards to characterisation, and while the name dropping is fun at first (especially given the characters then join your team so you can cheer to yourself “I got Kotaro Fuma!”), it’s such a shallow use of the rich history and setting of Sengoku Japan that I was genuinely disappointed by it all. This is especially true given that I just came from playing one of the best retellings of the period of history in Samurai Warriors: Spirit of Sanada.

I do feel that if you’re going to place a game (book, film, whatever) within a certain period of actual history, then it’s a mistake not to properly represent that setting. It doesn’t need to be an in-depth narrative experience, and I was certainly happy with the cracking pace Nippon Ichi put around the gameplay loops, but a superficial lip treatment simply isn’t sufficient when “Sengoku” is right there in the title.

Cladun is limited, in the sense that it’s a game with an incredibly basic gameplay loop, and little beyond that to keep the attention of players. With that being said, it’s a game that stuck a big ol’ smile on my face, and that wasn’t just because I had Hatsune Miku shooting off hearts in all directions. Cladun is, at core, a lot of fun, and manages to take the most basic of gameplay loops that you could imagine in a video game, and make something eminently worthy out of it.

All games are inherently “political”, and people need to accept that