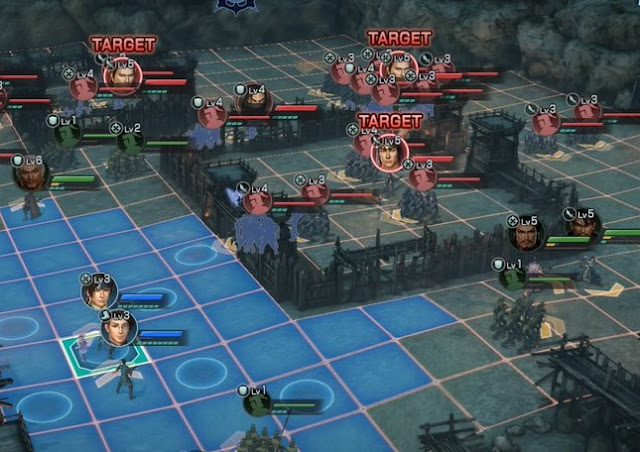 I figured, going into Dynasty Warriors: Godseekers, that I would enjoy myself. Koei Tecmo so rarely disappoints me with anything to do with Dynasty Warriors – or Romance of the Three Kingdoms, for that matter – that I just assumed that a tactics RPG inspired by Dynasty Warriors would be fun, even if it wasn’t going to be one of the genre greats. After all, in a genre that includes the likes of Tactics Ogre, Fire Emblem, Disgaea, and Final Fantasy Tactics, it takes a lot to be one of the greats.

I was so very wrong. Godseekers is brilliant. If it’s not my favourite tactics game ever made, then it’s right up there, and I hope this sells an absolute bucketload, because I want Koei to start doing the same with Samurai Warriors and all its other licensed properties. Hell, Koei Tecmo is developing a Fire Emblem Warriors game, so next get the team to do a Godseekers Fire Emblem and show Intelligent Systems how it’s really done.

Just a lil video ahead of a review 🙂 #PS4share https://t.co/IKJkA7OUk6 pic.twitter.com/vlAK9KPzW7

What is so incredible about Godseekers is how the development team has been able to take the fundamental design ideology behind Dynasty Warriors – one of the fastest, high-action game franchises out there – and filter it to offer the exact same ideology, only this time in the context of careful, turn-based, thinky fun.

In any given battle you’ll be in control of a small team of heroes, pulled from the famous faces you already know from Dynasty Warriors, and they’ll be facing off against enormous hordes of enemy units. Within a few battles we’re talking about dozens upon dozens. Just like in Dynasty Warriors, the units of common soldiers are more irritants than genuine threats (though allow them to gang up on a single hero and it’s curtains), while the enemy leaders and generals put up a stiff fight. The numbers are such that, in any other tactics game, they’d be unfair to the point of impossibility.

But not in Godseekers. Oh no. See, your heroes each have access to some obscene attacks, and by placing units carefully around the battlefield, it’s possible to eliminate a dozen in a single attack… if not more. The secret is the “Synchro attacks” that you can activate after a series of regular attacks fill up a special meter; Dynasty Warriors fans will realise that that works just like the screen-clearing “musou” attacks in the regular game. 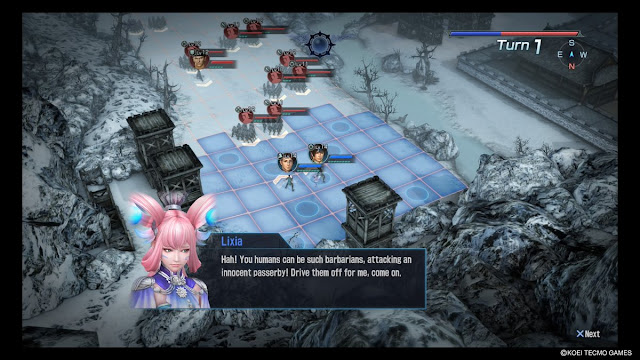 When you activate one of these attacks with a hero, each other hero positioned on specific squares in relation to the lead hero gains an additional turn to move and attack (the squares vary from one hero to the next). Then, all the heroes involved in the Synchro attack will be able to target a large area of the battlefield together and any enemy troops in there are in for a terrible day. Get all the heroes on the battlefield together to work on the Synchro attack and even the main boss can fall in a single attack. Of course, co-ordinating the team to make that happen requires some superb tactical movement skills, making Godseekers as much a game about accurate character movement as it is about anything else. There is nothing more satisfying than wiping away half the enemies on the battlefield with a single attack, I can assure you.

Backing up this sublime gameplay is a narrative that puts a fun twist on the standard Romance of the Three Kingdoms basis behind Dynasty Warriors games. As with every Dynasty Warriors title ever, the start of the game sees you working on putting down the Yellow Turban rebellion, and then moving on to tackle the tyrannical Dong Zhou, before getting into the meat of the story, where three great leaders (Cao Cao, Sun Ce and Liu Bei) each find themselves with a third of China, battling for control on two fronts simultaneously (and thus keeping each other in a balanced check for some years). But because tactical games tend to be stories more about individuals than great movements of nations, Godseekers focuses on two relatively minor heroes who move through the world looking for powerful orbs that a girl (fictitious to real history) needs in order to prevent a great calamity. It adds a fantastical touch to the Dynasty Warriors narrative, yes, but isn’t completely out of place, given that the book this is all based on, Romance of the Three Kingdoms, is itself often fanciful in and among the real history that it represents.

The game still recreates the same battles that were famous both in the book and the Dynasty Warriors series. Lu Bu is still one horrific monster to try and tackle at the great battle of Hulao Gate, for example. All of this happens while, at the same time, the small group of heroes are on the hunt for the orbs. As someone who knows the history of the period backwards, I appreciated the background of history, even as I found the fanciful elements to be a nice change-up and help ground Godseekers in the tactics RPG tradition. 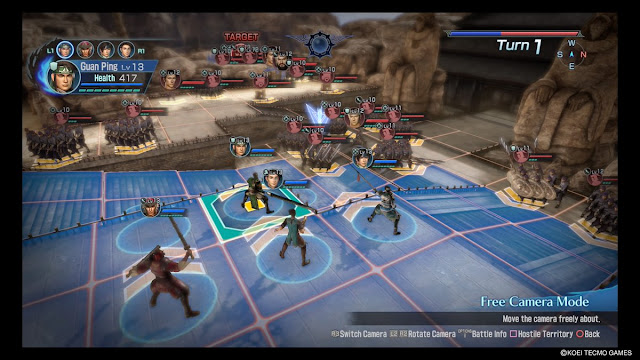 This is also a massive game, it must be said. Working through the main quest, while slowly unlocking all the bonus characters and reading their stories, is going to take dozens of hours of play time. There’s also a deep customisation mechanic at play for each character’s weapons, and a skill tree for every individual character that would be considered extensive if there were only a couple of these characters and it was a standard RPG. You’re looking at hours of experimentation and tweaking in the metagame alone if you end up hooked enough to want to play the higher difficulty levels.

And you will be hooked, oh yes. You could argue that the game’s not the most beautiful out there, but the scale of each battle is impressive, and when you zoom right in in order to see the battleground view, the design of each level does a convincing job of reminding you that you’re playing a Dynasty Warriors game. This is the vision of ancient China that Koei Tecmo has always run with. Each hero has their own unique special attacks, and watching them play out is always good fun, too. The levels themselves are well designed and players can generally tackle them with a couple of different strategies, so the game has replay value on top of everything else.

All I could have wanted in addition to what’s in Godseekers is some kind of multiplayer mode that would allow me to pit my wits against a friend’s forces. With a bit of tweaking to allow both sides to construct and then field small armies, this could easily be one of the most enthralling multiplayer games on the console. 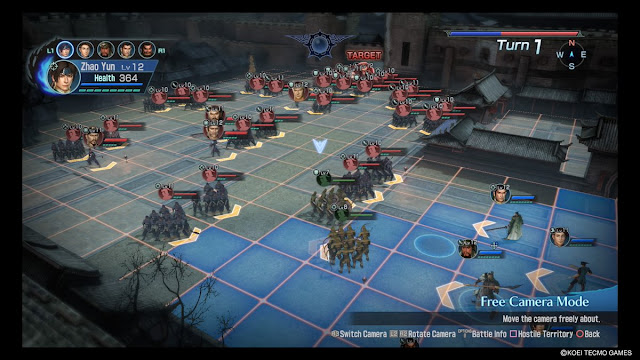 Related reading: In terms of other tactics game on PlayStation 4, there isn’t that much choice available, but Disgaea 5 is also superb. Matt’s full review.

But that’s more a digression than a criticism. Even as a dedicated single player game, Dynasty Warriors: Godseekers is one of the best games available on the platform. It’s just so perfectly balanced, invigorating, intelligent, and rich.

This week on the DDNet Podcast: Bad games and Sony, the Avengers and Square Enix, and more, oh my!