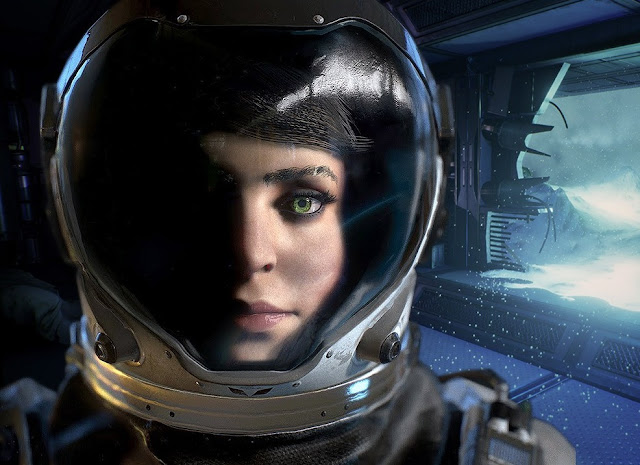 The Turing Test is the latest game to join the ranks of first-person science-fiction philosophical puzzle games in the vein of Q.U.B.E, The Talos Principle and Portal. Developed originally or PC and released in 2016, developers Bulkhead Interactive has now ported the game to PlayStation 4. The formula works great – the first person perspective is well suited to bringing the player right into the sci-fi universe, and the inquisitive tone set by puzzle gameplay serves as a primer for philosophical discussion. It’s for this reason that I’m wary of making comparisons between the Turing Test and earlier games in a similar vein; The Turing Test has so much original content to offer (it’s certainly not easy to create original philosophical dilemmas, of course) and carries enough personality to enchant players with an interest in science-fiction.

Related reading: Another game in a similar style is Q.U.B.E. Review by Sam M.

The Turing Test follows Ava Turing, a woman awoke from cryostasis to attend to an emergency on a research lab on Europa, Jupiter’s moon. It’s a distinctively hard-sci fi setting, backed by gorgeous graphics which perfectly sell the mix of wonder and claustrophobia felt by an astronaut far away from Earth. The game sees Ava working her way through a series of puzzles, starting out deceptively simple and ramping up to demand impressive feats of logic from the player. It’s very reminiscent of Final Fantasy X’s Caves of Trials, surprisingly, through how the player must use orbs to open doors and progress. As the player traverses the puzzle rooms, she is helped by an AI guide, TOM.

Whereas Portal’s movement itself was a joy, The Turing Test’s gameplay is more grounded. The player’s gun is able to manipulate energy, so most puzzles revolve around manipulation of line-of-sight, picking up power spheres from across the room to power machinery and then unlock doors. There’s lots of walking, set to quiet classical music, and the mood is lonely and introspective. 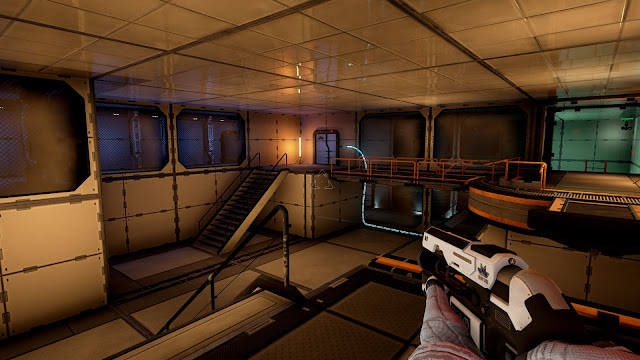 Right before the game’s puzzles even begin proper, the player is guided through the space station by TOM. In order to arrive on Europa, she must take a drop pod from the orbiting satellite on which she was placed in cryostasis. Said pod is in Bay 3 and TOM tells the player this through voiceover and by lighting up the door to Bay 3 in green while the other doors are lit in red. You can enter the other bays freely, but there is nothing for you there. This sets the tone for the philosophical underpinnings of the rest of the game: the game’s voiceover AI is clearly smarter than the player, and the only way forward in all scenarios is to trust TOM’s guidance. The narrative develops to raise questions of the potential fallibility of hyperintelligent AI, and how humans and machines might work cooperatively, or against each other.

The story isn’t a slouch either, there’s some real philosophical meat in the interactions between TOM and the player, Ava. Scattered across the game’s four hour runtime are setpiece moments, riddles, hypothetical scenarios and some deep characterisation for Ava, TOM, and the rest of the Europa station crew. Bulkhead Interactive are not just interested in the scientific implications of artificial intelligence, but also the very human, emotional ramifications involved in the matter. In fact, I would argue that the story takes a front seat to the puzzle gameplay, which is punctuated by lots of walking sequences accompanied by TOM’s voiceover which encourages players to ruminate on the narrative’s ethical implications.

One caveat I found while playing is that the designers tend to assume the player’s intrigue at the game’s setting and narrative. So many key plot points are told in voice clips and background details that only players who are dedicated enough to explore the setting will understand the full scope of the narrative. There’s also a noticeable split between the puzzle segments and narrative segments – after completing a set amount of puzzle levels, the player is introduced to an area of the Europa base which would have been used by the other astronauts, where the game does most of its environmental storytelling. 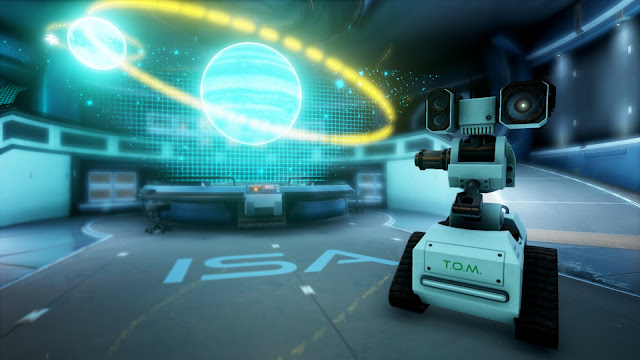 The puzzles, on the other hand, are mostly sterile, featureless rooms which are justified through the narrative as storage rooms repurposed into practical Turing tests. They too seem to assume the player will find intrinsic enjoyment through experimentation in scientific concepts. From the very beginning the puzzles encourage players to try every combination of electric orbs, and later levels add flavour by letting you toy with powerful magnets, robotics and other high tech equipment. Bulkhead Interactive wants you to be excited by the prospect of experimenting and problem solving, which is an admirable prospect, but also a rather niche one.

While solving the puzzles in The Turing Test, the player is lulled into a state of deep thought regarding the game’s questions about humanity’s relationship with AI. Should humans treat artificial intelligences as subordinates, just because humans are the creators? Should AI treat humanity as lesser, as they have far less intellectual capabilities and are mortal? The player doesn’t get to make a lot of choices in game, but thanks to the writers’ dedication to hard, believable sci-fi, the concerns of the Europa crew are brought into the real world and our own potential future. It’s a game which you play, and absolutely need to talk to someone else about it after. This is a smart game which will please genre fans, but you’re going to need a vested interest in the game’s themes to enjoy it fully.