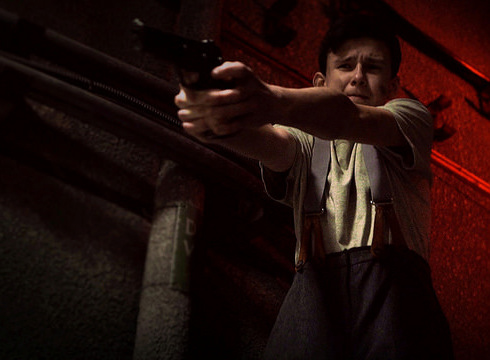 It’s been a while since I last played a full live action game. That was Hysteria Project as a PlayStation mini on the PSP back in 2010 it too was a horror game. For whatever reason developers like to experiment with live action in horror – hence, The Bunker. Now I really liked Hysteria Project so I was probably already inclined to like this one, and I wasn’t disappointed.

Related reading: Matt’s review of Hysteria Project 2 from way back in 2011.

The game takes place in England, after a nuclear war has made it impossible to live outside for a long time (sounds like someone is a fan of Fallout…). The game was filmed in a real decommissioned nuclear bunker, called Kelvedon Hatch Secret Nuclear Bunker in England. You play as John, a man born and raised inside the bunker. John does the same daily routine every day that his mother taught him to do… until one day one of the systems fail, forcing John to go deeper into the bunker to fix the problem. Yep, you know where this is going.

As John explores the bunker he finds memoirs that tells him what happened in the bunker and explains why he is so afraid to deviate from his normal daily routine. These things are not too hard to find these things; including computers, toys, and notes, but it is an engaging way to tell the story. 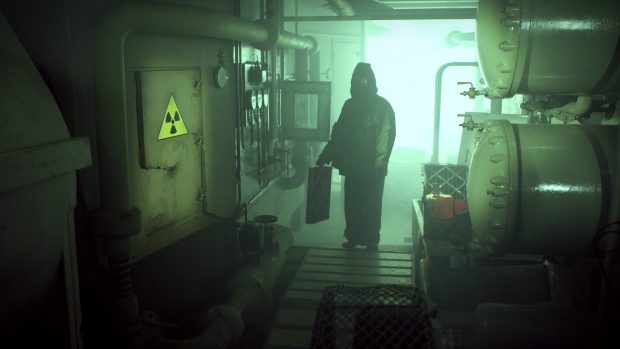 The game plays out like a point-and-click adventure, where you must move a cursor over an object to examine or to move John to a new area. There are also some action scenes that play out a little like light QTEs. They’re nowhere near as refined as you find in a David Cage game, for example, but they get the job done.

The acting – obviously critical for a game like this – is decent, and some of the acting is better than some of the voice-over work you hear in other games today, but there’s also no award winning performances in there. The developers have wisely used proper actors, B-list though they are. The game stars Adam Brown from the Hobbit, Sarah Greene from Penny Dreadful, and Grahame Fox from Game Of Thrones. Not a bad cast, all said.

Unfortunately, for a horror game the game lacks anything really scary. It has the creepy atmosphere down pretty good but that was it; based on the way it was set up I was expecting jump scares and the like, and there was none of that. As a dark mystery story, however, the plot largely works. I really enjoyed figuring out why John was the only survivor in the bunker. I wasn’t able to figure the plot twist out until the game finally revealed them, which proves that there was some good writing behind it. You would expect no less, given that the writers worked on other games such as Broken Sword, The Witcher, and SOMA. I think the game would have been better if they had have met expectations from the outset and labeled this a mystery thriller and not a horror, but once you’re on board with what the game is really about it’s difficult to criticise the script for what it is. 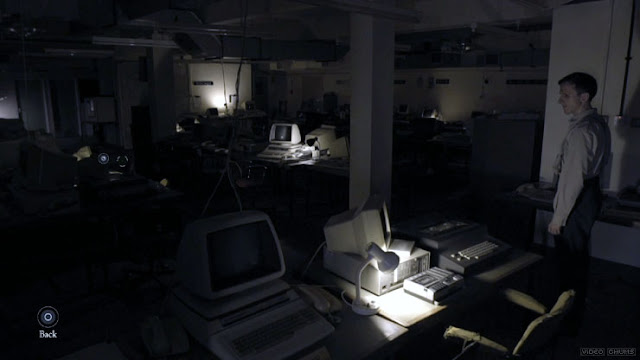 The game is about as long as a movie, making it short at three or so hours in length, but I enjoyed the ride. The gameplay is a tad weak due to the puzzles being very easy to figure out, but realistically you are in this one purely for the storytelling. Also, the game has a satisfying ending which a lot of games seem to be lacking these days.

The game is filmed in HD making the video quality clear not like some of the older live action games that came out years ago. It was also very professionally filmed and The Bunker does stand as a good example of how live action games should be made (and proof that these games deserve to be made in the first place). Exploring a real nuclear bunker is neat too and really is creepy. That don’t mean that the game don’t have any flaws as it does have a few like the bad scene transitions, but for a genre that many thought was unworkable, it would be nice to see The Bunker drive a renaissance, much like how TellTale Games was able to kick start a renewed interest in point-and-click adventure games.

On a final note, it’s also noteworthy that you can actually venture into this bunker and tour it. If you ever find yourself in the UK, be sure to do so, and while this is a discussion for another day, we’d love to see more games act almost like tourism brochures for real-world locations – there’s a lot of potential cross-over there.