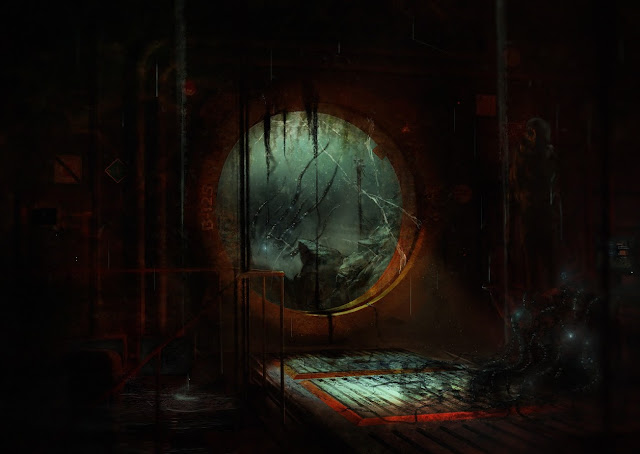 SOMA succeeds in creating a tense atmosphere, as you would expect from the development team behind the original Amnesia. The suspense does not always hold up as well as I would have liked, but by and large the team at Frictional Games has proven yet again that they know how to create an immersive experience with just enough thought behind it to keep players thinking long after the credits have rolled.

Related reading: Another quality narrative horror game that has recently been released is Until Dawn on the PlayStation 4. Matt’s full review.

Mind you, this is a very different horror title to what we saw in Amnesia. The narrative follows a regular guy named Simon, who certainly doesn’t appear to be anything special as he cannot really fight off the horrors he encounters. He is also by no means the fastest, strongest or smartest guy alive. In fact, Simon actually finds himself questioning just why he is even alive, and essentially trying to understand the core question that is raised in so many other books, movies and games: Exactly what does it mean to be human? Yes, that’s right. Frictional’s gone full existentialist with this one. Matt’s probably going to do a game theory thing on it once he gets a chance to play it. It’s that kind of deep and philosophical and so on.

I will not delve into the story itself, because that would be a huge disservice to anyone who reads this and plans to play the game. What I can say though, without spoiling things, is that some of those existentialist themes will be immediately familiar to fans of science fiction – especially those that question what it takes to actually be a person. Suffice to say however, that as with any other game that falls in love with its own philosophy, the narrative itself is a very slow burn. Early on, events are almost dull as the foundation for the story gets set. However, as events start to roll into motion, the excellent writing, atmospheric ambiance, and solid voice acting help to sell a story that becomes more engrossing the deeper you dive in. 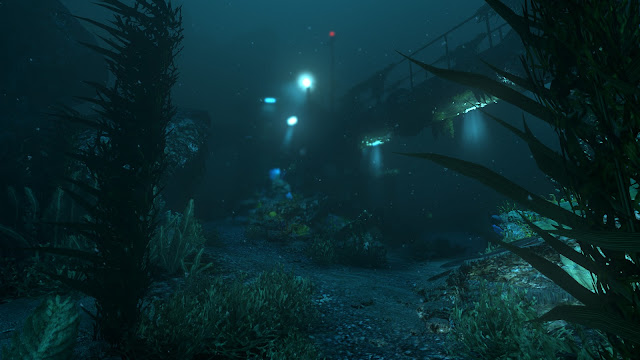 Speaking of ‘diving in’, the watery setting for SOMA is an excellent one. It reminds me of Rapture from Bioshock with its dark, heavily blue and green, and very claustrophobic surroundings. Passages are often little more than dead ends, but there are plenty of nooks and crannies to explore along the way. The claustrophobia is palpable as Simon makes his way around the sunken base, which helps complement the more traditional horror elements that the game throws at players.

The underwater facility is in bad shape, but there is enough glowing and humming from barely functioning electronics to create some false scares while masking legitimate ones. Hints of neon and light punctuate dark, dank passages as SOMA builds a steady sensation of tension without relying too often on jump scares. Those jump scares almost always deliver when they occur, however. The biggest problem is despite the outstanding presentation and writing, the enemy AI is not always up to snuff, and that can really hurt the immersion that every other pore of the game works to deliver. Additionally,  while most puzzles are cleverly designed and are an organic part of the level design, others are annoyingly obtuse, and really an experienced horror game developer should know better than that.

For those looking for a game to compare SOMA to, I would actually steer away from Frictional Games’ Amnesia titles and instead look towards Alien: Isolation. The nature of your enemy and the more philosophical questions posed by SOMA are actually a more interesting backdrop than the story leveraged in Isolation, but the same elements of stealth and exploration while trying to avoid a constantly lurking threat gives these two titles a very similar vibe. Alien provided a more open environment for the most part, and a smarter enemy, so there is some give and take when comparing the two titles, but it’s hard to go wrong in being compared to a game of that calibre. 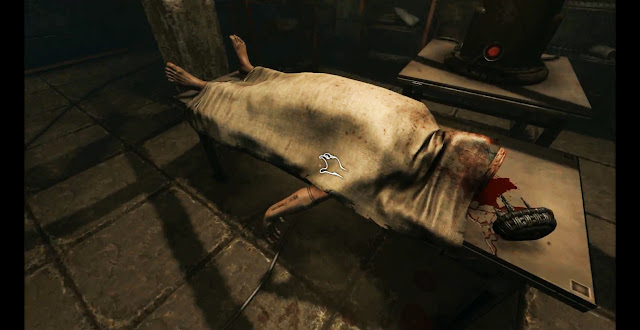 Related reading: For an example of a horror game that goes all out on the philosophy, be sure to check out Danganronpa: Ultra Despair Girls on the PlayStation Vita.

If loads of jump scares or action are your thing, SOMA might disappoint. It takes its time, is even a little self indulgent, but more than anything it wants you to actually think about what’s going on. If you are going to come for this one come for the excellent writing, voice acting and atmosphere.