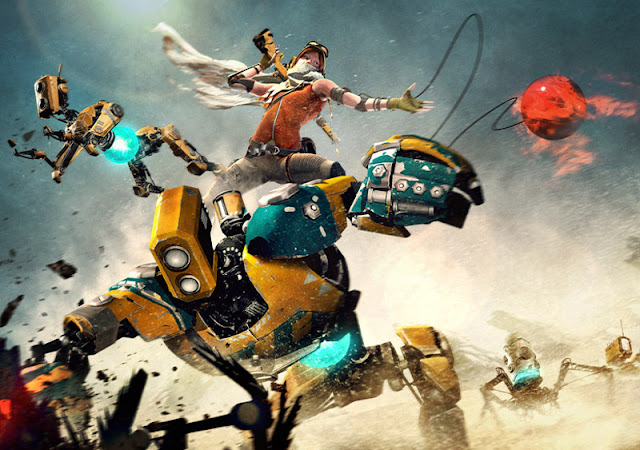 Smack-bang in the middle of my all-female protagonist month I was introduced to ReCore. I knew little about the game coming in past the basics: it’s an Xbox exclusive published by Microsoft Studios and developed by a Japanese studio (Comcept), it’s set on a distant planet, and the lead character is a female named Joule. I’m not sure what exactly I expected, but I ended up with a downright enjoyable experience that is like the Legend of Zelda set in outer space.

Related reading: Another Microsoft-backed Japanese title, Scalebound, is shaping up nicely — read about it, and other upcoming games, in our E3 2016 coverage.

ReCore begins with Joule waking after hundreds of years of being cryogenically frozen. Joule was one of the first colonists on the planet — Far Eden — but she didn’t exactly expect to be completely alone upon opening her eyes. All of the colonists (her father included) have disappeared during the time that was meant to rejuvenate and create the new planet. She isn’t completely on her own though: corebot Mack is her sole companion, and she’ll find other corebots on her journey. There are no other humans, the corebots have been corrupted, and the terraformer has been offline for nearly a century. Joule often hears the voice of her father (also a member of the mission) as she explores the semi-open world, trying to learn what has happened to the colonists.

Gameplay is familiar, and thus gives me all the warm fuzzy feelings in the world. Joule’s home base in her crawler, a small rocket ship where she slept for two centuries. It also contains a workbench for crafting items to improve your corebots. Joule always has reason to leave that safe space — there’s no power! there’s a distress call! — but she also always has reason to return. From there, she can venture towards to goal or choose to explore. Her goals usually involve a large amount of puzzle-solving, which is why I think it reminds me so much of the Legend of Zelda (specifically Ocarina of Time). She can also visit arena dungeons: dungeons that are not story-related but will instead contain a large assortment of items needed for crafting. Cores are integral to the game, and hold all the power; often, tasks involve finding and moving cores.

The world deserves a lot of praise. It’s large but not overwhelming, and new areas open up slowly as the story progresses. The force of the planet’s weather is felt in full force prior to Joule restoring power. The winds are brutal, sand is everywhere, and I swear it was difficult to walk in a straight line although I know that to be untrue. The landscape is spotted with supply stacks awaiting eager scavengers. There are items to be found everywhere: scattered at the tops of the highest peaks and in the lowest of valleys are the objects Joule requires to be able to upgrade her corebots.

Corebots are, forgive the pun, the core of the game. Not only do they provide companionship on the desolate planet, as they are also extremely useful in combat and for finding hidden items. I’m not going to lie though, most of their charm comes from the fact they’re so freaking cute. Mack is my favourite as he emulates real dog behaviour at every turn, barking and wagging his little mechanical tail while getting into an obvious “let’s play” position with his head down and wagging butt in the air. Don’t let the adorableness of a robot dog fool you though: once upgraded through crafting, Mack can fight with the best of them. Corebots can be directed to attack specific enemies during battle, leaving Joule to deal with one less giant robot of doom.

When you feel Joule has stocked up on enough goodies from exploring and battling, she can return to her crawler. Returning to the crawler puts everything into your home inventory instead of leaving it on your person. Once there, you can access the workshop where the magic happens — okay, moreso where the crafting happens. Joule can find blueprints for new (and sometimes better) corebot parts, and in the workshop you can build from them. You can also select which parts to use on which corebot and upgrade the individual corebots. It’s quite a basic system, but it gets the job done and isn’t incredibly confusing. Still, I find myself yearning for slightly more customization options.

Enemies are best described as electrical bugs. Each is powered by a core, and when their energy is depleted Joule can remove the core for her own use. Conversely, she can just destroy them and collect what they drop — but that won’t include a core. Removing the core involves using a rope to yank it out and other enemies don’t stop simply because you’re busy, so when to remove the core becomes increasingly important (and sometimes difficult). Enemies each have a certain colour — ie. red or blue — and if she’s unlocked that type of energy for her weapons Joule can match the colours using the D-pad, which severely increases the effect of her attack on the colour-matched enemies. Corebots can also be set to attack specific targets, a useful tactic, especially in boss battles.

There is a lot to be said for a game that has a female lead that doesn’t play into every gender stereotype imaginable. ReCore is one of these rare games. Joule is strong both physically and mentally. She knows what she needs to do and does it without having to sit around crying first, or having to fall in love. It’s refreshing. Unfortunately, Joule is stereotypical in one way: her daddy issues. Her father is dead, that’s a giant red flag right there. She joined the colonist program to be with her father. Her father is the voice is her head. Her father guides her, even through his death. Death to daddy issues, that’s what I say!

I’d like to take a minute to talk about the game’s bugs. Not the little flittery robot bugs that need to be killed, but instead the other kind: the nagging inconsistencies that make it difficult to play the game. Namely, I’d like to talk about one bug: the case of the disappearing route markers. Green markers display where your objective is, but sometimes they will completely disappear — and when you don’t know where you’re going, and there’s nothing marked on the map, the only thing that will solve it is rebooting the game. Bugs don’t normally factor into my opinions on games unless they make gameplay unbearable (I’m looking at you, far too many Lego game!), but the marker bug in ReCore certainly has an impact on my opinion of the game. It gets under my skin when the bugs make it so you cannot progress without first going insane trying to figure out what went wrong, only to find it’s the game at fault.

Is ReCore perfect? No. The buggy nature of route markers, the lack of a serious crafting system, and the the underdeveloped protagonist are all issues with the game. But when I step back and examine the game as a whole, what stands out is the gameplay. Exploring dungeons as Joule harked back to The Legend of Zelda: Ocarina of Time for me; this put me at ease immediately. I adored the idea and execution of the corebots. The crafting, while lacking, while also easy to understand and use right away. Far Eden is a gorgeous planet with extreme peaks and valleys that add dimension to it. So no, ReCore isn’t perfect – but that doesn’t mean it’s not an enjoyable experience. 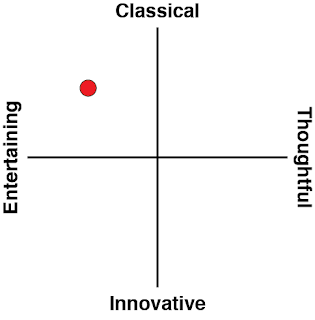 Virtual Reality is important to all the arts, not just games