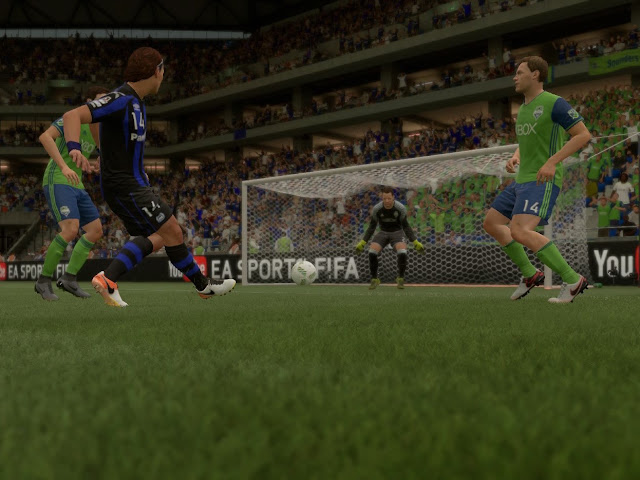 When it comes to my sports games, I’m a very simple person. I like being able to play tournaments with my favourite teams, and the greater the authenticity of that experience, the better.

For this reason I’ve found myself using less and less of the content in EA Sports’ titles. The tournament mode – the one I’m actually interested in – is invariably buried away in a corner, as the user interface instead tries to get me to play the career mode or that damned collectible card game “management” mode, which must spin obscene amounts of money for EA with the microtransactions it foists on players for extra packs of cards. FIFA 17 is little different in that regard, though it continues to play a very fine game of football, and while it might be an afterthought, that tournament mode alone will keep me going until next year’s edition.

In that tournament mode, there are now a full 50 cups to play for, ranging from the English Premier League through to the Australian A-League and the Brazilian domestic championships. Most exciting for me, however, is the presence of Japan’s J-League. For far too long ignored in sports games (or perhaps a nightmare with licensing, as is normal with Japanese sports competitions), the J-League is a legitimately compelling football championship, and as my real-world team, Kawasaki Frontale, competes in that league, I naturally gravitated towards playing that first.

Aside from replacing injured players temporarily there’s not too much to manage in the tournaments, with the game instead focusing on getting you on to the pitch as quickly as possible. That on-pitch action is really good. It’s hard to really quantify the differences from one game to the next now, as changes are relatively minor and EA has really got the perfect foundation for a football game down now; aside from new modes, that only really needs to be iterated on in order to stay relevant. That being said, I get a vague notion that this year’s FIFA game has dialed up the aggression of the players, and really refined the midfield game.

The passing and structuring in the midfield has traditionally been the FIFA series’ Achilles heel, which has driven me into rival PES’ arms over and over again. I care more about that midfield game than anything else, so it does make me happy to report that for the first time EA has treated that part of the game to the same intensity as we see in the other two thirds of the field.

I’m less pleased with the camera, however. Because I love the flow and dynamics of a good passing game I naturally gravitate towards the behind-the-back camera view, but PES has always had one up over FIFA here, and it remains true this time around, too. The behind-the-back view is simply too kinetic and distracting to be overly playable, so the side-on views are far preferable, but I was never quite able to find a setting in which the far side of the field was at a comfortable distance, and I lost track of the action when the ball went over there one too many times. 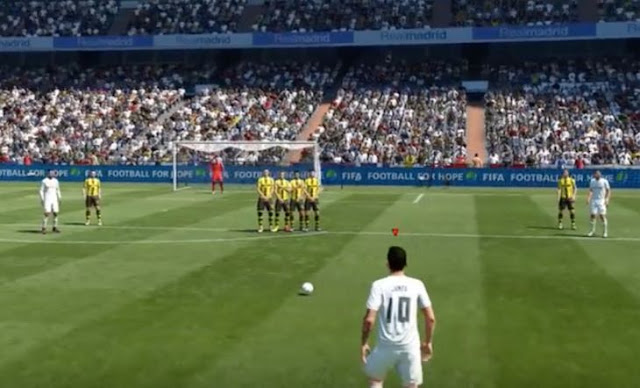 While I’m voicing displeasure, I’m still not happy with EA’s insistence on using the Frostbyte 3 engine for sports games. I appreciate that the engine cost a bucketload to develop and the board needs to justify that investment to shareholders, but where I can appreciate that it works for shooters, it’s not nearly as versatile as EA wants you to believe. Character models are chunky and oh-so-stiff, and in a sport that’s all about fluid movement, this is immersion-breaking.

But, again, these are minor complaints, because FIFA plays an excellent game of football, and offers such a range of control and play options that anyone, regardless of skill, can jump in and have fun. That attempt to appeal to everyone flows through to the play modes too. I like standard tournaments, but that is just me. The story mode is a really good, new, touch that will help to hook more casual fans into FIFA; people who might like the sport itself, but don’t follow teams closely enough to care about having “their” team recreated into the sport. Following the adventures of a single, named, character, is much more palatable stuff, and EA has certainly gone the extra mile to make this story a really worthy one.

The really hardcore players will dig into the manager mode, of course, drawn by the lure of being able to create their own dream team. EA has provided more granular detail in the management of your club than ever before, thanks to the increased influence that managers have in the game. Balancing the finances can be especially challenging, but then I am a spendthrift. We’re not quite at the depth of something like SEGA’s Football Manager series, but we’re close enough for people that want strategic depth without going all the way to spreadsheets.

Finally we have EA’s money tree; the Ultimate Team mode. Here you’ll start out with a weak team of low rated players, but as you perform well with the team you’ll earn packs of “cards” that have better players and other items to boost your team’s performance in them. Then you’ll win more matches. All along there will be the allure of really good packs of cards just a microtransaction away, and yes, this mode has the real potential to be a money sink. It’s for this reason that I’ve avoided that particular mode for the past few generations, since EA started implementing it.

Related reading: For fans of hardcore simulation, Football Manager is the place you want to be. Nick’s review of last year’s game.

That being said, I can easily see the appeal to other players. Remember those collectible sports cards that used to be all the rage? As a kid you’d buy pack after pack of them hoping to get your hero, or cards good enough to trade for a favourite card. Then Magic the Gathering came along and gamified this brilliant monetisation model. The Ultimate Team mode is just EA’s way of digitising the exact same experience, and it has been successful for years for it.

Having never spent much time in this mode I’m not sure just how different it is from previous years, but like much of the rest of FIFA 17 it seems largely iterative. EA Sports’ premier title remains the most refined and well-produced sports game out there. There’s something for every sports game fan in there, and the overall package is of immense overall value. The problem EA has is that in trying to supply an ever-growing range of tastes, what its adding to the package for existing fans, who already have preferred gameplay modes, is really quite limited. Where the next genuine innovations for FIFA are to come from I have no idea, but EA will need to start finding some in the next year or two.