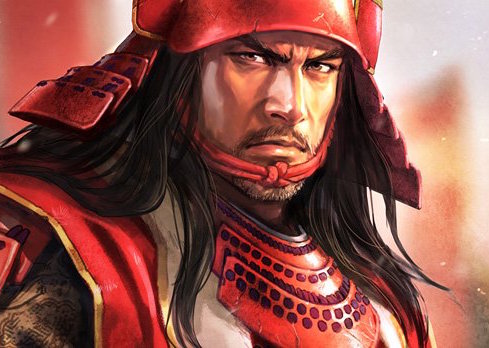 When it rains, it pours. After years of missing out on Nobunaga’s Ambition and Romance of the Three Kingdoms games entirely, Koei Tecmo has now localised three hardcore strategy games in just two years. Hopefully they’ll prove successful, because this is a trend I can see myself getting used to.

Nobunaga’s Ambition: Sphere of Influence – Ascension is only a semi-sequel to the previous game and makes use of the same base engine and mechanics. Insofar as that is concerned, I suspect that people who only marginally enjoyed the previous game will not feel any desire to buy into the new one.

However, for people who really enjoy their Sengoku and Japanese history – the core audience for Nobunaga’s Ambition in the first place – there’s a more intimate focus placed on characterisation and storytelling. This gives the game an immediate vibrancy whereas the previous title could seem dry, and one of the most enjoyable aspects of this new Nobunaga’s Ambition is the rags-to-riches story of taking on a character with a small plot of land and building him/her into a powerful warlord. 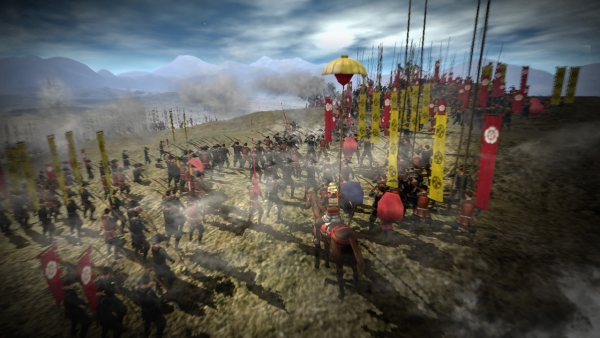 There are some 2000 different officers to choose between. Many of these are low-ranking retainers for the chief leaders, and it’s in taking control of these that Sphere of Influence – Ascension is at its most interesting. You’ll start out with virtually no resources and need to slowly build up the plot of land that you’ve been assigned, while at the same time appeasing your lord and currying his/her favour by completing missions for them (which can range from supplying resources to engaging in combat). Over time you’ll be able to accumulate additional land, improve your area’s capacity to generate resources and, eventually, be able to strike out on your own.

Of course, there’s also every chance that you’ll want to play through with a character whose name you recognise; perhaps from the Samurai Warriors series. Personally, my favourite is Ginchiyo Tachibana, the woman daimyo from Kyushu, a fascinating character who, in an overwhelmingly patriarchal society, was able to hold on to power for so long, independent of the influence of men.

Aside from location and access to resources at the start of their campaigns, most of the “named” heroes do share a similar play experience; however, Koei Tecmo has selected a number of daimyos who have special events happen to them. In keeping with the focus the company has put on Yukimura Sanada this year (he’s getting his own Samurai Warriors game later this year), his story is effectively positioned as the “main” one, but all the usual suspects have their own unique events modelled after what happened in their real historical periods, so you’ll basically know how playing as Nobunaga Oda turns out, though how his clan fares afterwards will be up to you. 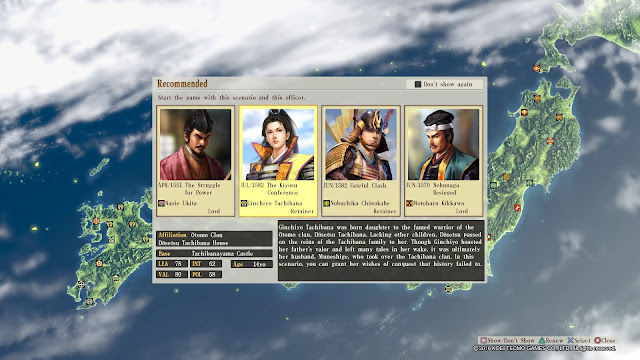 Because of the greater effort put into storytelling, there’s also a greater emphasis on development in Sphere of Influence – Ascension. As mentioned, you’ll not start out with much, and success in the game relies on your ability to effectively build up your territories and accumulate resources. This isn’t a straightforward process, but it’s a rewarding one. Each building on a plot of land can affect the performance of adjacent plots of land. For example, a farm generates more supplies if one of the adjacent plots of land supplies “faith”. So naturally you want to build a shrine, church or temple next to the farm, but with very limited land space, you’ll always have competing demands for the use of that land. A bit like in real-world Japan, really.

It is rewarding to watch as untamed land slowly becomes a bustling village. It’s possible to zoom in quite closely to get an almost ground-level view of the construction, and watching the small figures wandering around, against the mountainous backdrop of Japan, certainly helps set the scene. Battles look similarly impressive. While the detail on individual figures is low, there’s an epic quality to watching large units clash, again with Japan’s striking landscape in the background. Japan is truly one of the most aesthetically-blessed countries in the world, and Koei Tecmo leverages that so well in its game.

The on-field strategy is quite complex and can take a while to get the hang of. You’ve got to deal with formations, morale, unit composition (spearmen, archers, cavalry, guns), and so on, and these play out in real time. It’s entirely possible to have a bigger force lose to superior tactics (well, within reason), and it’s perhaps best to assume that, the first couple of times, you’ll probably lose. It’s worth sticking with the combat system, though, because once you’re in the swing of things the game really does a good job of simulating the unique conditions and approach to warfare of Sengoku-era Japan. 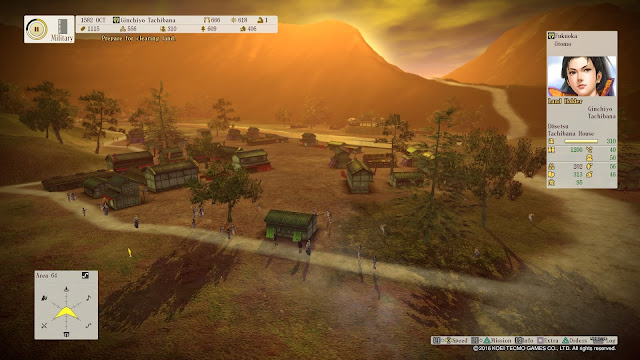 Because Sphere of Influence – Ascension is quite heavily weighted towards being a proper historical simulation, it’s actually quite difficult to reverse history. Mitsunari Ishida lost the battle of Sekigahara for a reason, and you’re going to need to be really quite good at the game if you want to change his fortunes and put Ieyasu Tokugawa down. It can be done, and is perhaps all the more entertaining because the game insists on dealing you the same cards that the warlords did in history, but as befits a historical wargame, Sphere of Influence – Ascension is happy to be unforgiving.

Related reading: For people who are interested in Chinese history, the Romance of the Three Kingdoms game on PlayStation is also excellent. Matt’s full review.

With its focus on storytelling and historical authenticity, Nobunaga’s Ambition: Sphere of Influence – Ascension almost has educational value. You’ll get a good overview of the overall shape of Japan through the Sengoku period, as well as a solid idea of the impact that major battles and events had on everyone else alive at the time. This game, like its predecessor, is very niche and very serious, but it’s a very worthy and very intelligent complement to last year’s Nobunaga’s Ambition.