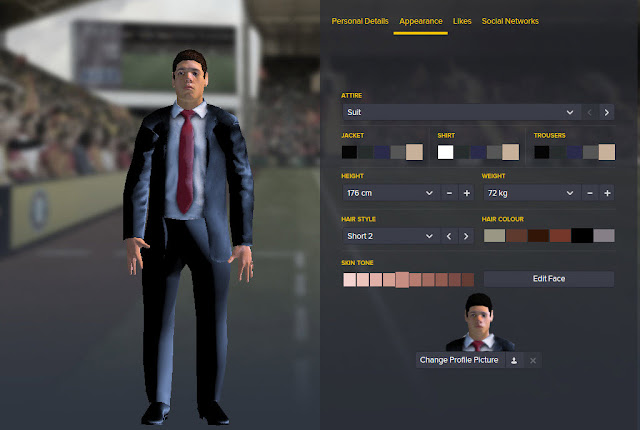 If you are looking for hands-on action, Football Manager 2016 will likely disappoint, because as the name of the game should indicate, this is all about running a football team, and not running around on the field personally. This is a simulation experience that drills into far greater detail than and typical sports games do, offering a more strategic line of thinking and slower pacing. This makes the title slow to get into, but the end result is a rewarding experience that football fans should enjoy.

Related reading: For a look at last year’s version of the game, check out Matt’s review of Football Manager 2015 on iPad.

To be clear for those new to the series, as well as our American readers (and because we have readers all over the world), when we are talking about football in this review, we are talking about soccer, and not the NFL. Now that we have that established, what is Football Manager 2016? It is an opportunity to take over a team (or if you get fired, as I did several times early on) and try to lead that team to greatness on the field.

However, instead of directly controlling your players, you make key decisions about the club that subtly affects the performance of the team on the field based on numbers being crunched behind the scenes. There is a dizzying number of factors that can come into play. Some of them like player skill statistics (and there is a lot of them for each player) are the easiest to grasp. However, what about player morale, the skills of the scouting staff? A player’s training regime? Youth development programs – because assuming you stay on the team you’re going to have to replace older players as they retire or get injured? If you have a star player that doesn’t much like you, and his attitude could have a negative impact on others on the team, you’re going to have some tough decisions to make about whether to keep him on the roster at the risk of lowering everybody’s performance, or giving him the boot and losing his individual brilliance. 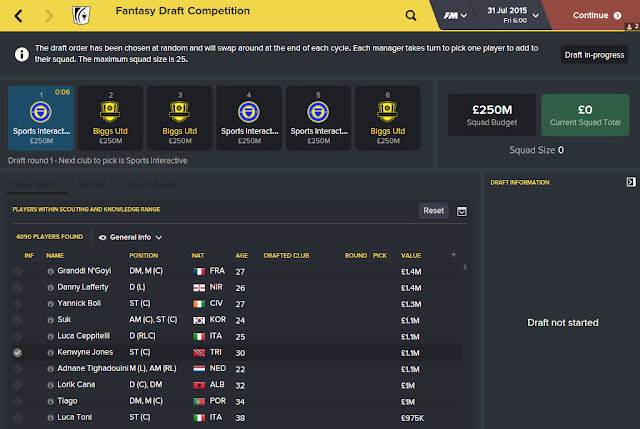 What else can impact your team’s performance on any given day? How much time do you have? Certainly you can try to direct your offensive and defensive strategies, but these are not simple plans you lay out for your players and they immediately follow them perfectly. One of the keys here is that time matters. If you are doing things wrong, there might not be an immediate effect, but it can erode at the team as the season and years wear on, and also the owner’s confidence in you as a manager. However, if you continue to coach your principles and bring together a team that is on board with you, you may just start to develop a winning culture. I noticed that my defensive and offensive philosophies seemed to be sinking in better over time. My team was not necessarily any more talented than when I started (though some quality transfers helped), but I found that consistency bred better resolves.

There is so much going on, that Football Manager 2016 can be difficult to get into at first. There is an absolute tonne of data to work through and manage, and though you can manage teams from the minnows right through to the superstar global powers, I actually found it more rewarding to work with a ragtag team of players who had spirit, but were way down the rankings and struggling to find the money to bring on superstars. I started off with more prominent teams early on, but came to find that doing so ratcheted up the owner and fan expectations exponentially. One would think that starting with more talent would make Football Manager 2016 easier to learn, but I actually found the opposite to be true. Being given a bit more leash with a team of losers, because expectations were already low, while learning the nuances of the game allowed me to make mistakes and learn from them. Additionally egos were easier to manage on a team without World Cup-quality superstars.

A funny thing happened as my minutes turned to hours before turning to dozens of hours with my team… I became very attached to my players. I wanted to see them succeed and possibly find new opportunities to realise their teams on bigger clubs. I became concerned when a middling player on my team managed to get injured. I looked forward to my extensive press interactions, so I could talk about the ways the team was coming together and improving. It is odd to feel so much ownership over a team that you have no direct control over on the field, but Football Manager 2016 does an excellent job of actually eliciting an emotional response when 99 per cent of the experience is reading names and statistics on (albeit pretty) spreadsheets. 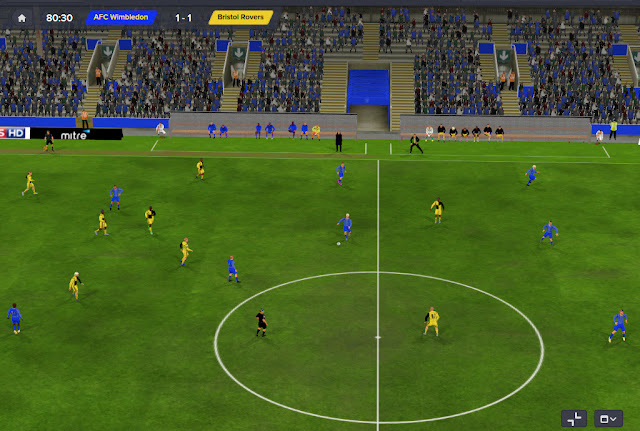 In an effort to make you feel closer to the action, this year’s edition of the game enables you to create yourself within the game – there’s a manager creator mode that will stick your avatar in the thick of the action. The new manager creator is a good idea in theory, though in practice I found it to be rather unwieldy. The results just did not look good, no matter how much I tweaked them. It’s nice seeing my custom manager there on the sideline when the game is being enacted out, I just wish the creator was a little less finicky. The end results usually ranged from ‘amusing’ to ‘horrifying’, and based on what I have seen online so far, I am hardly alone on that front.

I found the menus to be intuitive, which helps to cut down on that barrier to entry. They had to be, because there are an awful lot of them. I could also appreciate the detailed injury reports, though there were times where it seemed as though the injuries were happening all too often. Also, while I enjoyed the management of players, sometimes it seemed like a little too much. Some of the egos I expected problems from, but there were stretches of time when it seemed like every single player had a special request – or were just downright cranky. Then again, if this is what real football managers have to deal with, my respect for them just spiked massively.

Like all good strategy games, Football Manager 2016 asks you to take your time with it. You need to wrap your head around a number of menus and gameplay options. There is some trial and error at work here, because it does try very hard to mirror real life. By having to coach and not taking direct control over the players, there are losses and hiccups that sports fans might not normally encounter. On the hardest levels of difficulty, I win more than 90 per cent of my games in titles like NHL, Madden, FIFA and NBA, but there I have the ability to more directly influence how the games play out. Here, it is about strategy, development and then learning the complexities of the game. This can make it difficult to find success, but I have found that it can be attained if you are patient and willing enough to stick with it.