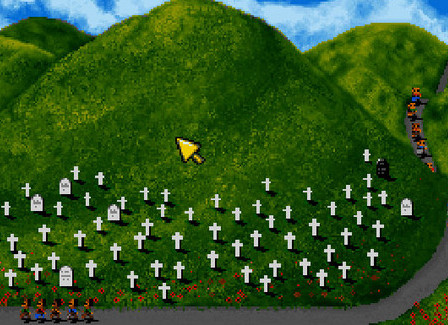 Titanfall 2, Battlefield 1, Call of Duty: Infinite Warfare. It’s that time of year again when a whole bunch of blockbusters are about to be unleashed on us, and they’ll all share a common theme. These games all tend to celebrate the visceral thrills of military combat. Sure, characters might die, and we’ll be told to “press F to pay respect,” at that dead digital person’s funeral, but for the most part these are stories of heroism and patriotism, if not outright nationalism.

Gaming as a whole needs to move past this downright glorification of war. However, it’s not so much the presence of games like Battlefield and Call of Duty that’s the issue; it’s more the lack of games that dare to be critical of war that lends gaming a pseudo-propaganda theme in the way the media addresses the topic.

There are a few that do a good job in taking an anti-war stance, however, and in ‘celebration’ of the impending release of so many military shooty-bangs, we thought that it would be interesting to balance things out by looking at games that give war the reverence it is due. War’s not fun, nor is it a game. War ruins millions of lives, and over the next two days we’ll look at two different approaches that a rare few game developers take in giving war the representation it deserves. Today we’re looking at games that protest war by dehumanising participants. Later, we’ll be looking at games that reflect the impact that war has on individuals.

It started with Cannon Fodder

Remember Cannon Fodder? A hilarious series from back in the day, it was a game in which you were in charge of small squads of soldiers, and your job was to run around and shoot all the enemies in each level. It played out a little like an arcadey dual-stick shooter and was high in the action and body count. 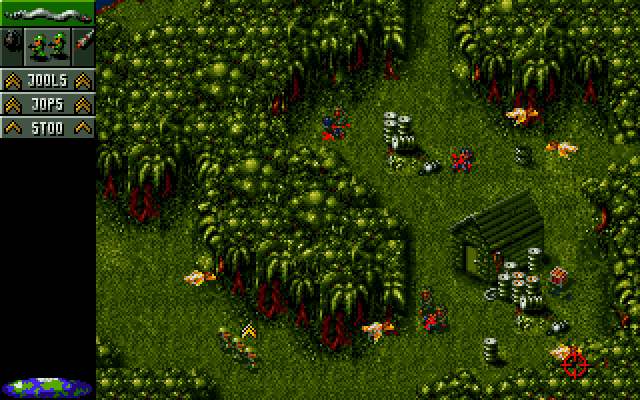 That doesn’t sound like much of an anti-war game, especially given its comedic background. However, a little like the humour of M*A*S*H (the film, though to a lesser extent the TV series as well), there is a distinct anti-war flavour to Cannon Fodder.

The soldiers are completely expendable, as befits the title of the game itself. They’re given names (and those names are noted down in a remembrance board in some versions as they are killed), but never a personality or distinctive characteristics. They are completely dehumanised and their sole value within the game is how many enemies they kill; soldiers are actually ranked on that remembrance board based on their kill count. The soldiers line up in a recruitment line, you take four into battle, and as they die they’re replaced by some more soldiers hot off the factory line. There’s no real reward to keeping them alive, other than the fact you’ll be able to afford more losses in the next mission. They get promotions by killing enemies and surviving, but in a clever dig at the idea that a promotion is a “reward,” the characters die just as easily, no matter what their “rank.”

It’s irreverent, and so exaggerated and silly, that Cannon Fodder successfully works as a piece of satire. However, in boiling people down to names on a roster, and denying them any individuality beyond their ability to kill enemies, Cannon Fodder highlights the way soldiers are treated as disposable resources in war, and that it does so in a way that doesn’t glorify them is a clear sign of anti-war sentiment.

The modern Cannon Fodder is a JRPG

The treatment of soldiers as disposable resources is a common theme of anti-war art works, and the theme becomes that much more weighty when, despite an institution’s attempt to dehumanise them, we’re meant to empathise with the cannon fodder. 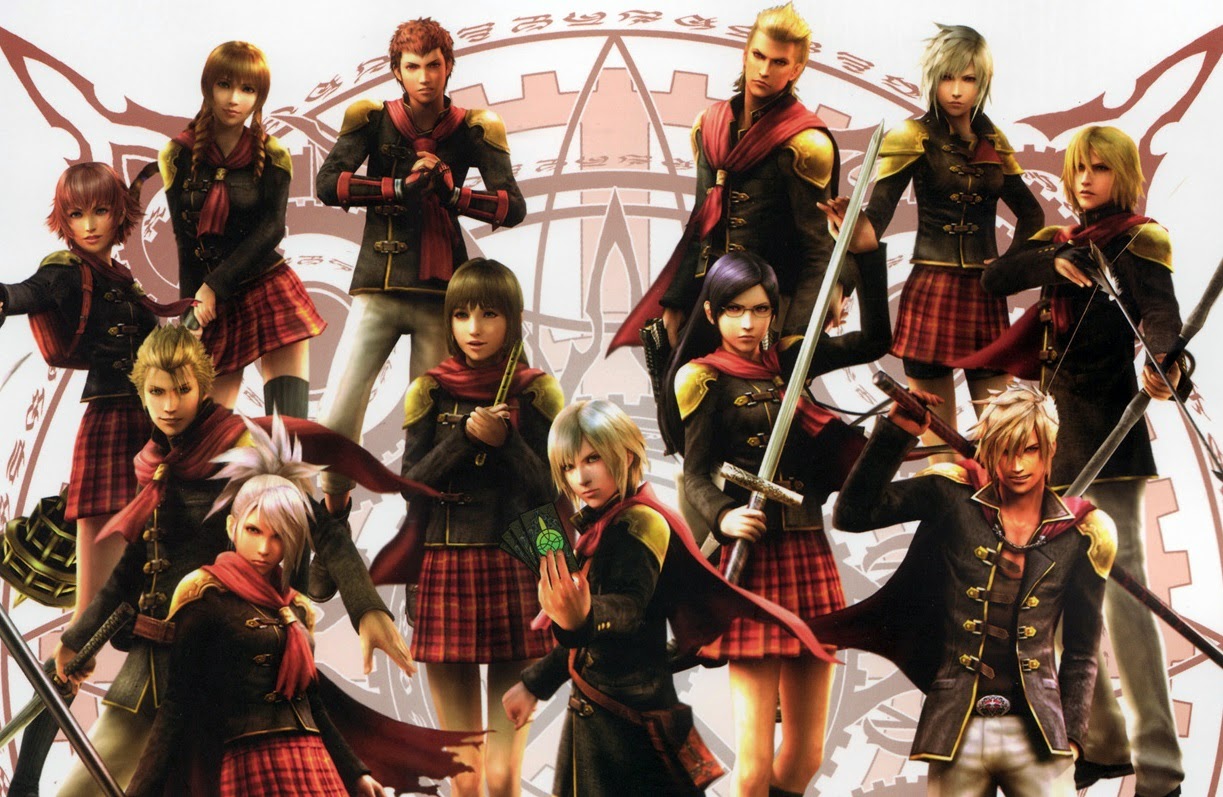 In Final Fantasy Type-0, the heroes are fashioned after a deck of cards, thrown into combat as you might throw down a gambit in a game of bridge. They are named after the cards in a deck (so “King”, “Deuce” etc), and their utility is to work together like a “hand” of cards in a normal card game. Just as we sacrifice cards in a game of bridge when we leverage strategic advantage out of doing so, so too is it a perfectly acceptable strategy to have a squad member sacrifice him or herself in order to summon a hulking beast to help the unit through a tough encounter.

Throughout the narrative it is so blatantly clear that the institution that manages this “class” of heroes (that’s right, they are just kids) throws them into missions like pieces on a giant board game. Which is why it is so affecting that, between missions, the interactions between the classmates is so intimate. There are friendships and even hints of romance, which is designed to clash with the way these characters are treated by the military establishment that they belong to. We are, of course, not meant to sympathise with the establishment much, nor are we meant to want these characters to go into battle, as heroic as they are.

Mechanically, JRPGs do a very good job at dehumanising characters, too. From the advent of the genre, there has always been a temptation to boil characters down to a sequence of statistics and treat them as “resources.” In taking on a darker tone than is typical for the franchise, Final Fantasy Type-0 encourages players to engage with the impact that war is having on people, rather than just crunch numbers upon levelling up. The death of the chocobo in the opening cut-scene was shocking, not (just) because of the extreme goriness of it, but also because chocobos are typically a symbol of Final Fantasy at its most cheerful; seeing one slaughtered sets a tone of innocence lost to the game.

Speaking of shocking, anyone who plays Liyla and the War of Shadows should surely be shaken to their core. The most overtly anti-war game that you’ll see in some time, Liyla is a Palestinian game about the impact that Israel is having on their people (which, not to get too political here, is completely effing horrific). As you can guess, it’s a pretty affecting game, and stridently anti-war in tone. 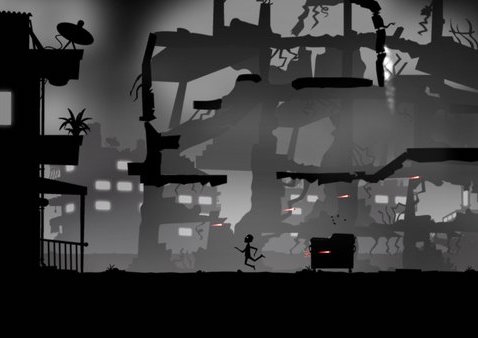 And yet the developer didn’t want the shocking impact of the game to be about a single person, or about the Israelis. It’s a far more high-concept game than that and seeks to tell a story about the horrors of war, in general, and on innocents, in particular. The entire game looks a little like Limbo, in that the characters are shadowed out and indistinct. In Limbo, this gave the character personality, but in Liyla, it acts to strip the characters of defining characteristics and dehumanises them down from “individuals” into a more abject representation of “people,” so that they could be from any war-torn nation, anywhere. The developer uses some sparse text to introduce a context between the game’s events and his homeworld, but at the same time Liyla is so relatable because what happens in the game marries with what we know of just about every war that has ever been fought.

The game doesn’t flinch from showing that, as far as the civilians and innocents are concerned, there are no heroes in war, just senseless death and destruction. And, yes, we’re not meant to have “fun” playing Liyla, but that in itself just seeks to remind us that actual war isn’t much fun. Liyla’s brilliance is that, in stripping so much out of the game, what we are left with is an intense focus on the one theme it wants to express: utter horror at the senselessness of war.