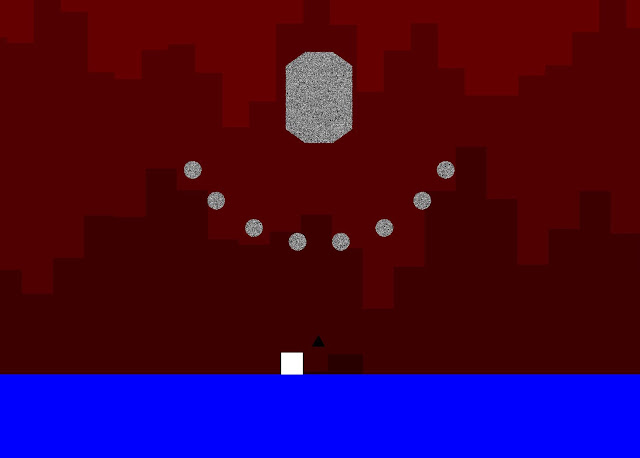 This generation we’ve seen a ton of indie games release on consoles. The increasingly open platforms have allowed developers to expand their own horizons and also allowed those that only play on consoles to experience some of the finest independently developed games out there. PlayStation has been at the forefront of this indie push since the start and the latest indie darling to land on the platform is 140; a minimal rhythm platformer from Jepp Carlsen, who was the lead designer on Limbo.

The key thing to get right it does; 140 is an adrenaline pumping albeit concise experience. I mentioned Jepp’s previous project Limbo and even though the overall product differs from 140 completely, the games are also clearly from the same creator. Get ready to retry levels often, because the difficulty is brutal.

When I said 140 is minimal I mean that in almost every area. There’s no menu interface or pause option. In fact there isn’t even a tutorial or instructions on what to do next. You boot it up and just experience 140. While this might not work for a lot of games, Jepp nailed what he set out to do here. Because the game is so intuitive and balanced, it’s easy to simply figure out what you need to do to play, and this process is hugely rewarding; the experience of figuring out how to take down a boss or finish a certain jump with the music is wonderful and empowering. 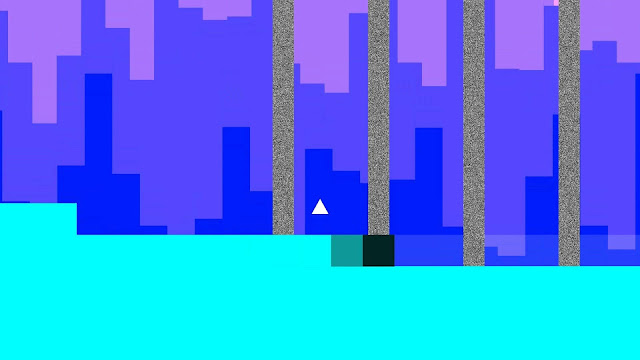 There are three stages separated by boss fights that are very well implemented. Each level has been crafted perfectly and the platforming flows brilliantly with the beat. In fact the soundtrack isn’t just the centre of attention. It is the life of 140. Playing along with the music is becoming one with the beats as you platform your way to victory.

How well the music and the platforming are intertwined is 140’s strength. Parts of the level appear or disappear based on the beat while other blocks raise you up or disintegrate when interacted with; again, all according to the beat. The checkpoint system is lenient so people who aren’t great at platforming won’t give up too easily. I love how the visuals and music burst out of glee when you collect a spherical orb into its destination. My biggest complaint with the music in 140 by Jakob Schmid is that it isn’t available for purchase outside the game. When I complete any game that has even a slightly memorable soundtrack, I go online to buy it digitally. Jakob’s well thought out music combined with the precise platforming levels here showcase how much one relies on the other to create a cohesive experience, and I guess that’s why the soundtrack hasn’t been made available for separate purchase, as it needs the interactivity to tell its story, but it’s disappointing nonetheless.

For a minimal game, 140 has aesthetics that really are memorable in a time where we see tons of minimal platformers release. Solid colours and changes that all go along with the beat will ingrain the visual style into your mind. The use of distortion or noise as a means of death is genius and it almost feels like the bigger picture is everything going on is taking place in a club and you control the equaliser for the DJ. 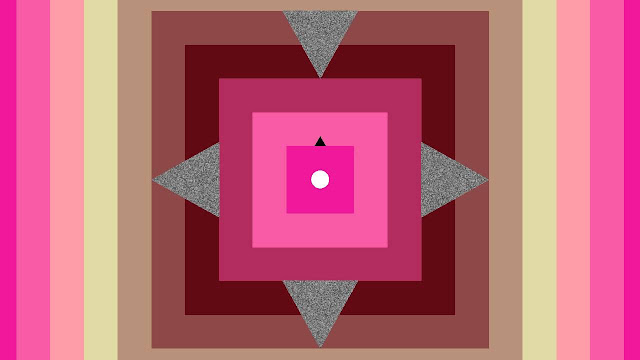 Each level in 140 ends with a boss fight. The boss fights are reminiscent of a top down shoot em up if it was designed by Jepp. The music plays a major part and there’s strategic avoidance at play as well in each of the expertly designed boss battles. The amount going on is actually quite extreme; the first boss fight reminded me a lot of Touhou Genso Rondo Bullet Ballet, without anime and with more abstract shapes and bullets that flow with the beat. Each encounter is completely unique and the music follows suit.

The increase in difficulty throughout is great because nothing ever feels unfair. Sure you will die thanks to miscalculating a jump or missing a beat but everything plays out perfectly and you understand why you may have made a mistake previously. The ability for particular loops to appear just based on certain blocks that act as obstacles is another nice touch. It makes things feel more lively and is yet another aspect showing how well the music and visuals and platforming mesh together.

I really wish there was more to 140 because while it is a short and engaging experience, I was left wanting more. There’s plenty in the game Jepp can build on into a sequel, so for now I guess we just need to play a game of wait-and-see on whether 140 was successful enough to warrant Jepp returning to it.