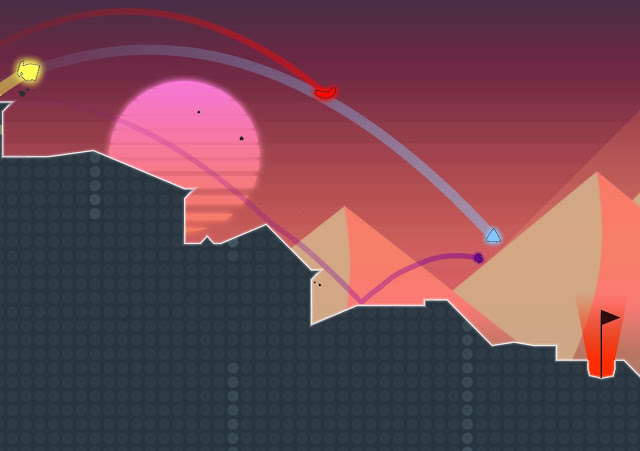 Party Golf is to the sport of golf as foosball is to soccer, and beer pong is to table tennis. It takes the universally understood core of the sport – get a ball into a hole – and makes it accessible, fast paced and competitive. While it doesn’t offer a whole lot of skill and strategy, everything about this game’s design focuses on the local multiplayer experience: four (or even eight!) buddies on a couch with laughter and friendly competition.

Developed by Aussie studio Giant Margarita with assistance from Screen Tasmania, the developer’s name says it all really. Party Golf is a celebration of everything golf isn’t, and it’s a celebration open to everyone regardless of gaming experience, personality or inebriety.

Anyone who vaguely understands golf will be able to pick up this game and play right away. It’s on a 2D plane, and your only objective is to get the ball into the hole quickly. You can hit your ball as soon as it rolls to a standstill – there’s no turn taking here – and with four players concurrently whacking golf balls around the craziness will settle in fast. As balls collide with each other mid-air, you can (and are much encouraged to) sabotage your opponents. Because the focus is on speed, the whole precision aspect of golf goes right out the window. 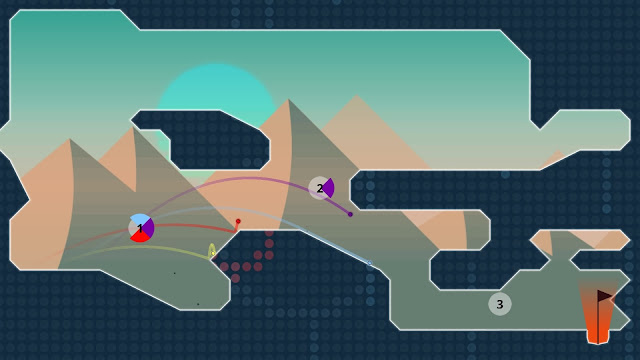 The core gameplay is then varied to hell and back in the various game modes offered by Giant Margarita. It’s as if after developing the engine, the team sat down and brainstormed how to reinvent the game they’ve already made and programmed every single idea they came up with into the final product. There are game modes which change ball sizes, win conditions, add wacky powerups and handicaps, the possibilities are staggering.

The game plays out in rounds; each game mode has a rotation of holes with varying amounts of difficulty, and each hole is a free-for-all the second it starts. Once the first player sinks their ball, or when enough time has elapsed, the stage ends after ten seconds and players are ranked on how quickly they pocketed the ball, or how close they were to the hole when the round ended. Points are allocated based on place, and rounds keep going until one player reaches the point goal. Golfers who are doing too well can be given handicaps such as less shot strength, leading to a more even playing field.

The main downside to Party Golf is that it’s only substantially fun with company. Like the PS4 compilation SportsFriends, interaction is the key to this game. There is a single player mode with some competent AI built in, but without the commotion of a full couch the game lacks a spark. Party Golf is best enjoyed with friends who know nothing about the game, so all four players are figuring the ins and outs of each new game mode at the same time. It won’t take a room too long to tire of the game, but the rounds of frenetic fun are memorable while they last. 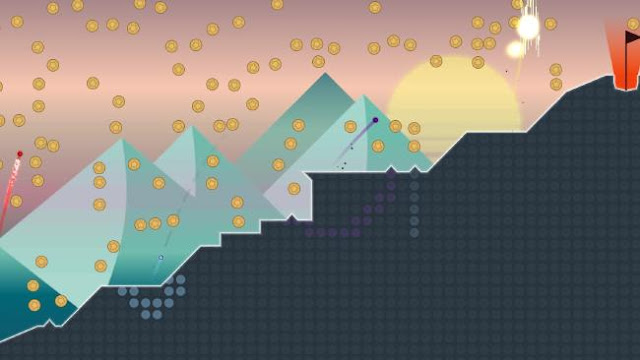 And that wraps up a brilliantly silly game in a nutshell. Party Golf an interesting novelty to pick up with some mates who might not be as versed in games, and it joins a list of indie couch multiplayer games which together make a great argument for bringing a PS4 over to a party.

Whilst there’s an admirable amount of content and game modes on offer here, I would’ve liked to see a more varied experience overall which could capture a group’s attention for a bit longer. That being said, Giant Margarita has proved that it knows its stuff, and we’re excited to see what the team brings to the table next time.