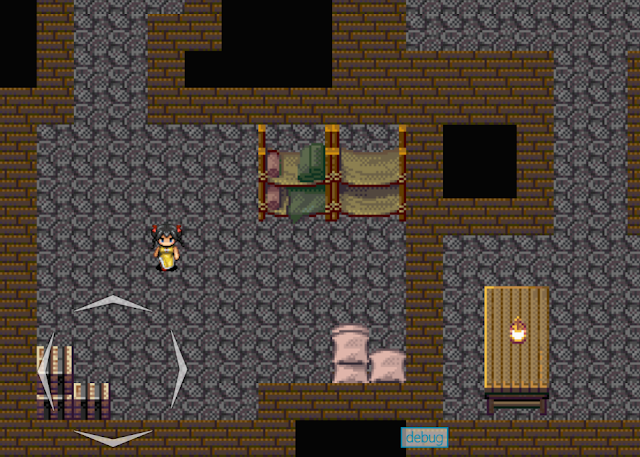 Here’s the thing about Japan; it has the world’s best transport network, bar none. You’ll get around the cities easily, on time, and without spending too much, but you’ll also use the trains an awful lot. While in Japan I’ve found myself catching the train to two, three, or even four different destinations each day in order to check out various different things, go to art galleries, or shopping malls.

Related reading: Matt’s review of the last RPG Maker ‘full’ title on PC; RPG Maker MV.
Further to that, getting to the Hatsune Miku concert or Tokyo Game Show was a long trip indeed, as those were actually hosted in the city adjacent to Tokyo, and I was staying in the city on the other side of Tokyo. So, while the train was the best way to go, I found myself with a fair bit of downtime in the past couple of weeks, which has meant I’ve been playing my iPhone a great deal. For short trips of 10, 15, 20 minutes, or spending time standing in thick crowds during rush hour, the iPhone really is the best gaming platform there is (explaining in no small part why mobile games are so popular with the Japanese).

In the last week that I was there I was playing around with a very different kind of application, however. RPG Creator landed in my lap, and this is something I’ve wanted to have on my mobile devices for a very long time. RPG Creator is, effectively, the mobile version of the superb RPG Maker series. As the name suggests, these “games”, which have been around for a long time now, allow people to build their own JRPGs, and don’t require any coding skills whatsoever. A drag-and-drop interface makes building games a snap, and easy export options mean it’s easy to then share your games with other players. With RPG Maker, the other players don’t even need RPG Maker to play your games, and indeed we’ve seen some especially innovative storytellers use the software to produce commercial projects (To The Moon, anyone?).

RPG Creator is a little different in that it does require the app to play other people’s games, and you’ll have to download those form an in-game user-generated content portal, much like you do in titles like LittleBigPlanet and Super Mario Maker. It’s not a big deal for playing other people’s games, as the interface is easy to navigate and the app itself is a free download (the premium-priced stuff is there for people who want additional options in creating games). It is just noteworthy that you won’t be able to use RPG Creator to make commercial products – that being said, for professional RPG Maker users, this can be a useful little app for testing out ideas while on the go.

So, what was I able to achieve using RPG Creator while on Japanese transport? Quite a lot, actually. Bearing in mind that I was still learning the ropes with the interface and its quirks compared with RPG Maker, I was able to;

– Create a small island as an overworld map
– Create a farm, which had a woman NPC that would give the players their quest (and a cat that would purr if interacted with).
– Created a boat that players could use to reach a previously inaccessible bit of land.
– Created a dungeon, complete with boss, for players to challenge themselves with.
– Created three different enemies (slime! Zombie! Boss!), and developed the lead character’s levelling, in terms of skills learned and so forth, to take players from level 1-10. 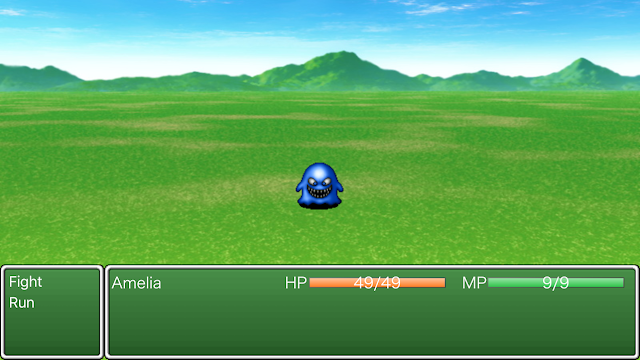 Obviously, in this state, my game is incredibly raw. It’s painfully badly balanced, for a start, contains about four lines of stand-in dialogue, and none of the JRPG trappings that you’d expect from a game – no shopping, no inn-keepers and so on. This is by no means a complete game, but purely in the interests of experimenting with creating games on iPhone while filling in time on public transport, I’m quite impressed with what I’ve done.

A couple of quirks need to be noted, however; at the moment the localisation is quite terrible. The in-app help directory doesn’t always make sense (for example, to import your own music assets you’re told to Dropbox or email them, which is fine except it doesn’t tell you where to dropbox or email them to, or how to retrieve those bits of content into the app itself). Worse, the default comments that pop up, in battle, for example (Zombie appeared! Amelia attacks!) have been directly translated from their Japanese counterparts, with no regards to English grammar or form (Zombieappeared! Ameliaof Attack!). Many of these can be edited from the database, which only takes a few minutes, but is a frustrating use of time nonetheless. A small few of the comments are not fixable, however, and it sends the editing pendant in me a little nuts to see such poor grammar in a game I created.

With RPG Maker on PC, if you weren’t big on creating your own art and music assets (and it’s a skillset I certainly don’t have), it was incredibly easy to import extra graphics for environments, characters, and monsters into the software. Indeed, the amount DLC – paid and unpaid – available for the last two RPG Maker titles is a Godsend for people looking to infuse their games with atmosphere and aesthetics different to the standard, generic fantasy that comes with the default art work. 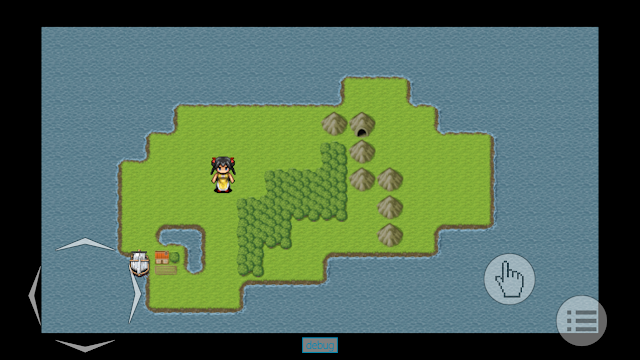 It’s a little more of a process to get different art assets into RPG Creator (though visual art, like characters and environment settings, is much more straightforward than the mystery of getting music in there), and the default assets are also more limited than they are in RPG Maker. The results are attractive, and the games that you’ll able to make on this thing look gorgeous on both iPhone and iPad, but the limitations are noticeable for people who have got experience with the PC RPG Makers.

There’s plenty of room to patch out the issues that I have with RPG Creator at launch, and I’m sure the development team will do just that in the coming weeks and months. However, the inability to export the game into a format that would allow people to play in outside of the app or on PC is a real downer, though understandable. That issue I can’t see the developer ever working out a solution for, which will mean that RPG Creator will always be a paired-down version of the PC original. It is, nonetheless, an awful lot of fun to play around with, and some of the stuff that other players are creating and then sticking on to the download portal are worth grabbing the app for in itself, even if you have no intention on creating your own games as well.

The Friday Ten: Celebrating the PlayStation’s 21st birthday by remembering its dead (but great) games