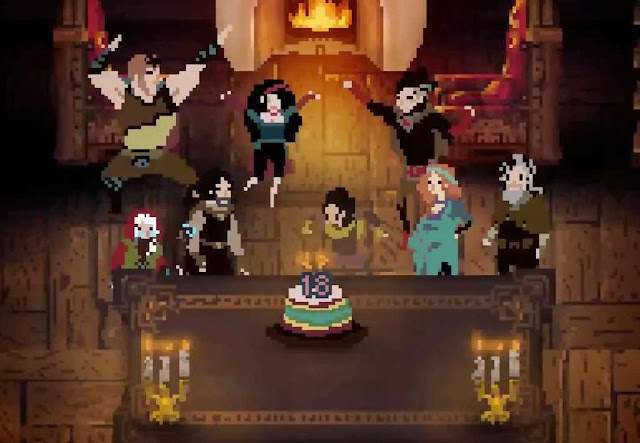 As a rule, I don’t really like roguelike games all that much. Sure, there are plenty that I’ve played and enjoyed, but that enjoyment is usually in spite of the things that make the genre tick – permadeath, high difficulty curves, lots of randomisation and so on. Children of Morta is, I think, the first game that I’ve liked because of its roguelike qualities.

Admittedly, these elements are a bit of a light touch in this game, but that’s part of what makes it work so well. You essentially have three “layers” of character progression: level, which persists across dungeon runs; accessories, which are also permanent but need to be crafted from schematics that are randomly found; and runes that offer powerful improvements but are lost upon death.

Between these three systems, Children of Morta strikes a careful balance between constant, cumulative growth and the randomness that feeds excitement. No run is ever wasted because you’ll most likely have gained at least one level, and might have found a schematic or two, but until you reach a very high level, the random upgrades and your ability to adapt to them will play a huge role in your success or failure. 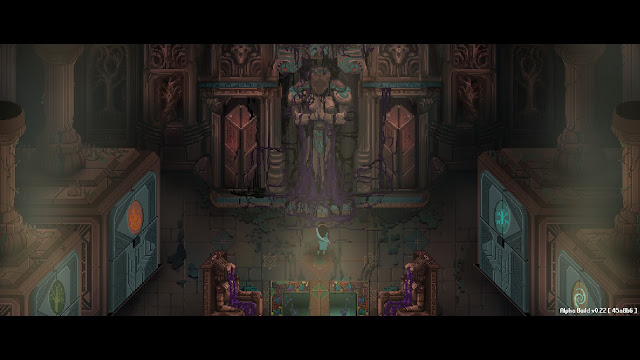 It’s definitely more of a “roguelite” that hardcore genre fans may find too forgiving, but that doesn’t mean it’s easy. The early access build has just one dungeon, but it took me some four hours and dozens of runs before I was able to beat it. Enemies can make quick work of you and health pickups are relatively rare, so death comes swiftly when you’re still learning the ropes. It doesn’t take too long to figure out how best to approach each type of enemy you encounter, but new threats show up regularly, giving you new ways to die.

The random element can also cause trouble, because even when you know how best to fight the game’s various foes, sheer numbers and tricky group combinations can easily overwhelm you. Then you have random appearances of elite enemies: stronger versions of regular enemies that don’t just hit harder and come with bigger health bars, but have additional attacks that can tear you to shreds. The biggest threat, though, is probably your own mistakes. You’re only human, so you will mess up, and you’ll pay for it when you do.

This would get frustrating if it weren’t for Children of Morta’s fantastic combat. On the surface, it’s a typical hack ‘n’ slash affair, with liberal helpings of attack spam and evasive rolls, but this mechanical simplicity doesn’t mean the game is mindless. It’s not exactly a hugely tactical game, but you need to know your character and the enemies you’re facing, be aware of your surroundings, and approach each situation with a bit of thought as well as twitch reactions. This makes for combat that can be quite a rush, especially when you realise you’re breezing through hordes of enemies that once gave you trouble. 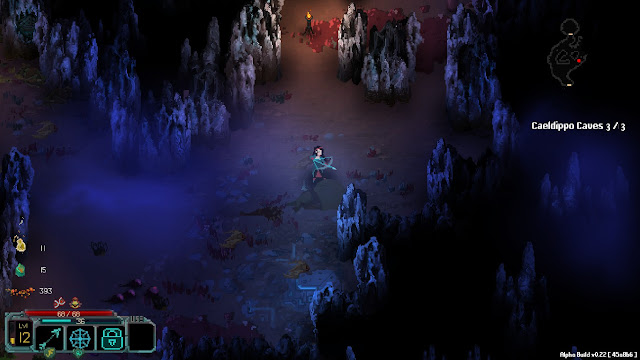 My main issue with roguelikes is that, in my experience, it’s rare that their basic mechanics are intrinsically rewarding enough to balance out the frustration of lost progress. In Children of Morta’s case, it’s the opposite: the combat itself, and your growing mastery of it, are reason enough to come back; the progress systems are just icing on the cake for a bit of extra incentive.

All that said, there’s a glaring issue in the current build of the game, and it’s one of balance. There are three playable characters at the moment, but Linda seems to have a huge advantage by virtue of her range. She’s a ranger archetype, great at kiting and keeping enemies at bay, which is a huge benefit in a game where health comes at a premium and most foes are limited to melee attacks. When you get into the right groove, her mobility and range more than makes up for her relatively limited defensive stats.

Compare this with John, a warrior who sports an impressive health bar and a hefty shield but is constantly being chipped away because he has to fight in close quarters. In individual encounters he can more than hold his own, but over the course of a full run, attrition is a dangerous foe. Being a rogue, Mark has the worst of both worlds; he’s a close range fighter with limited survivability and, as far as I can tell, he has little to make up for it. Admittedly, I didn’t play Mark a whole lot, but that’s mainly because every time I chose him it was a complete and utter disaster. 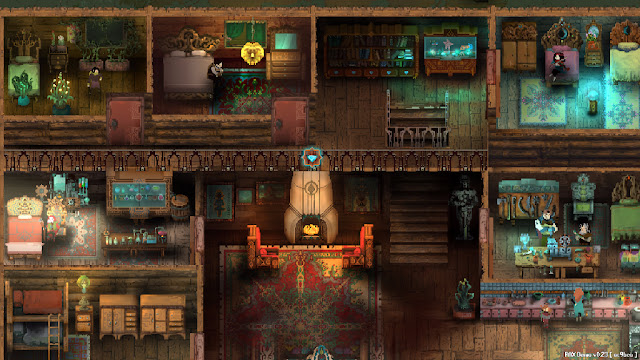 One of Children of Morta’s main selling points is a heavy narrative focus, though the alpha build doesn’t have a lot in the way of plot beyond the basic premise: as the guardians of Mount Morta, the Bergson family has the unpleasant duty of trying to figure out why the land has been corrupted and all the creatures turned into monsters. What’s very apparent even at this early stage, however, is the melancholy tone of the game.

Children of Morta is dark – not gritty or “edgy”, but dark in a way that paints a really sad image of Mount Morta and the Bergson family. The world is a beautiful one, thanks largely to some fantastic, detailed pixel art, and the corruption isn’t threatening so much as it is sombre. As you explore the dungeon, you may stumble upon scripted events – travellers cornered by corrupt creatures, a wolf cub whose mother lays dying, and so on. If you’re lucky, you might be able to save the day; if you’re not, you might get there just in time to witness a massacre as the game reminds you that “a hero doesn’t always make it in time.”

In between dungeon runs, the Bergsons’ manor serves as a hub where you can craft accessories, allocate skill points, and so on, but it also offers a glimpse into the lives of the heroes. Linda sits in her room playing her violin, Mark meditates in his, and John sits by the fireplace reading; everybody goes about their business. There’s an air of peace, but the family’s duty weighs heavy at the same time. In these moments of downtime, Children of Morta is at its most beautiful and its most sorrowful. 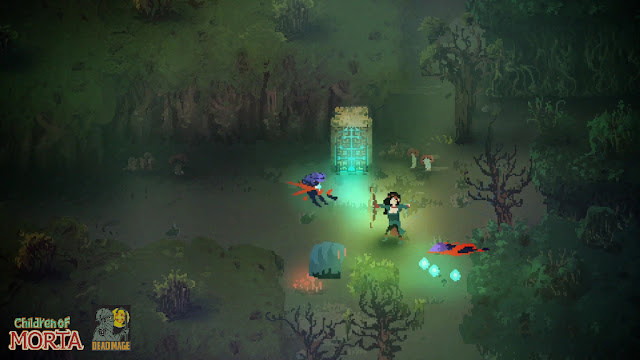 Between all this – the great combat, the layered progression systems, the world-building – Children of Morta is a game that’s as compelling in those small, individual moments as it is in the bigger picture. It’s the first roguelike I’ve played where death and failure doesn’t feel like needless frustration in the guise of challenge, but is a fundamental part of what makes the experience a captivating one, and I’m very much looking forward to the full release.