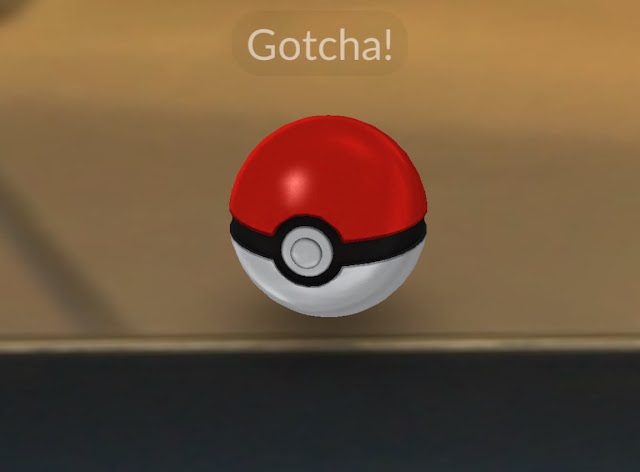 I’ve already written a fair amount about Pokemon Go, so I wanted to note this down more to get a review score down as a statement of record.

Related reading: Matt also chatted with the developer of this game and Ingress about their vision for AR and geo-location games. The in-depth interview can be found here.

On a technical level, this game is currently a mess, though it’s already better than when it launched. The game is ambitious, of course, given that it’s a global title that works off Google Maps and features complex player interaction via the real-time Poke Gyms and marker system, but nonetheless, my game continues to crash on my iPhone regularly, and there are still times where the servers struggle to keep up. 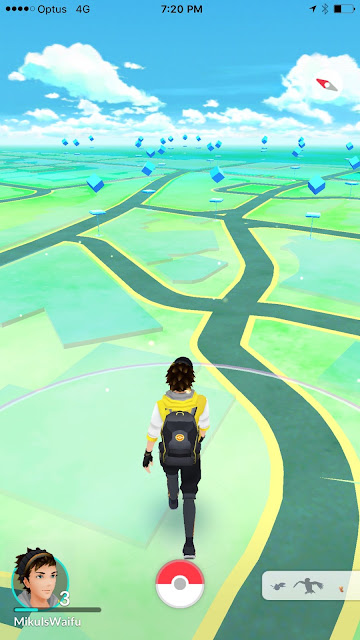 But once I’m actually playing, I have a ball with this, because it is, in a very real sense, a cultural phenomenon. Never has a game managed to get people to flock over to specific areas of town like birds to seed. People point to it being too simple as a game, but really the game bit is barely relevant. What is relevant is that this game has people out and about, socialising and exploring. There’s a group experience event going on with Pokemon Go, and it’s addictive to simply be part of the collective.

Besides, as simple as it is, I jump a little in excitement every time I spot a Pokemon that I haven’t got yet, especially given that currently all the Pokemon are drawn from the first generation (Red and Blue) and that’s giving me a nostalgic rush like you wouldn’t believe. Will this game have staying power? No idea, but the developer, Niantic, had (and continues to have) staying power with Ingress before it, and that has nowhere near the pulling power of cute Pokemon monsters, so my bets are on this one lasting quite some time yet.

Unholy Heights is an oddly addictive little game, as a mix of light tower defence and light management simulation. It doesn’t exactly excel at either, but it’s enough fun that it gets away with being a breezy, casual game.

You play as a evil demon god, running a hotel that monsters will come at stay at. Periodically, heroes will attack this hotel, and the local residents will need to fight them off. The game takes place across two phases. In the first you’ll build up the hotel to make it an attractive place to live so that residents pay significant rent to stay. You fill each room up with living equipment and entertainments, and try to keep their satisfaction rates high. 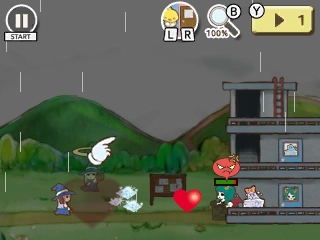 Phase two is when a band of enemies attack. Then you’ll need to summon your denizens to fight. Monsters are either melee or ranged, and attack on their own, so your only goal is to line them up in the right order to prevent too many of them from being killed.

Neither side of the game will exactly challenge your mastery over their respective genres, but the cutesy aesthetic, light sense of humour, and general balance of the game is spot on. This is something that’s easy to play in the background while watching television or a movie, and sometimes that’s all you’ll need or want.

I sincerely doubt that Circle Entertainment of Flyhigh Works are even trying any longer. Samurai Defender is nice change for the perennially shovelware duo in that it’s not completely broken, but it remains utterly soulless, and a completely useless product.

In Samurai Defender there are enemies that are attacking a gate, because reasons, and you need to hold them off, because reasons. We’re told that the game is set in the Sengoku era in the marketing material, but short of looking kinda like what a Samurai Warriors game on the Game Boy Advance might have looked like, there’s no actual plot or character to back that claim up. 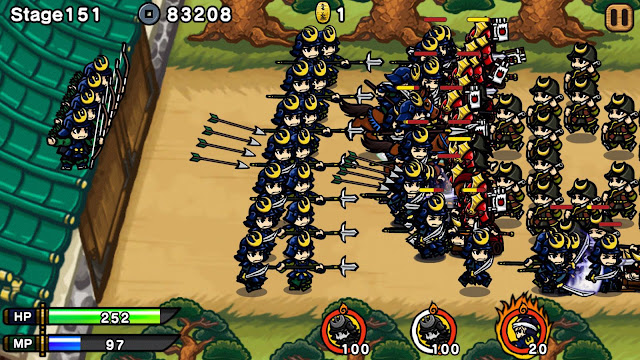 So instead you play level after level after level where you direct archers to attack enemies that approach the gate, while also occasionally using special abilities to help you out. At the end of each level you earn loot which can be used to upgrade your various defensive and offensive options.

Because this is a cheap bit of shovelware there are of course difficulty spikes that make some levels effectively impossible until you’ve gone back and replayed old levels. Because that’s fun or something. If the definition of insanity is doing the same thing over and over again and expecting a difficult result, I must be insane. I do assume that at some stage this combination of Circle and Flyhigh will produce a decent game.

That’s me playing Downwell. With, uh, slightly different language in place of those “beeps.” This game, it ravishes me. It brutalises me. For some reason I keep. Coming. Back.

Basically this is one of those ultra-hard, near-impossible twitch arcade games that indies like making at the moment. This one’s a platfomer, with the simple quirk that your greatest ally, enemy, and lover, is gravity. Yep, in Downwell you are constantly falling down a tunnel – or rabbit hole, if you will – with only the occasional platform or block of stone to give you a moment of rest. Of course those blocks are generally swarming with enemies, so you can’t actually hang around for long.

My first attempt I get to level 1-3. I’m going back to something I don’t suck at #PS4share https://t.co/0ikFdPglBh pic.twitter.com/RKM16OYAma

To be good at Downwell, you need to have exceptional twitch reflexes, and the patience of a saint to slowly learn how the game’s random elements work. You won’t be able to exactly predict what’s coming up, but you’ll have a rough idea after a few dozen attempts at a level, and you can then use that knowledge to react with less surprise when a horde comes at you too fast to really register.

I can’t say I exactly enjoy Downwell, as it’s really not my kind of game, but the design and style of the game nevertheless has me playing it over and over again. It’s addictive, it’s charming in its retro design, and it absolutely has the “just one more go” thing about it that can turn a short play session into a marathon.

Roguelikes are far too common now. They’re a relatively cheap way to add longevity to a game, by giving players something new to look at each time they boot the game up, and they’re one of the few genres that people expect to be difficult, so the developer can make them very difficult, knowing that fans will replay the same content over and over again utterly convinced that they are getting value for money.

I love the roguelike genre, but I’ve needed to become quite discerning about the genre, because otherwise there is far too much stuff to cut through. Full Mojo Rampage is a perfectly workable roguelike, combined with a Gauntlet-like action slasher combat system. It’s problem is that that is all the game is. 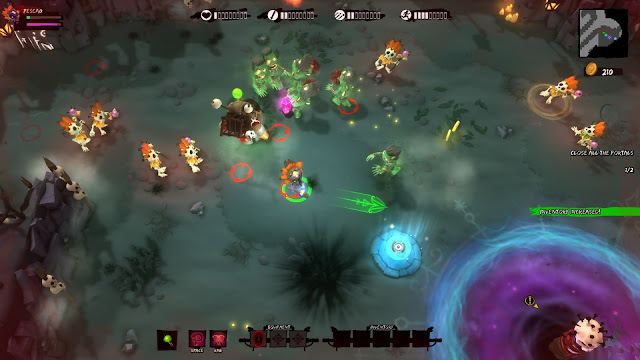 What it does well is the presentation. The cheesy B-grade voodoo trappings are visually appealing, and the hordes of enemies are just the right kind of cute for the kind of atmosphere that the game is looking to achieve.

There aren’t many games that make voodoo a central theme. Full Mojo Rampage isn’t exactly a genuine look at the mythology and aesthetic of voodoo, but the name drop of Baron Samedi and the other Loa lords is a nice touch. Still, it’s hard to imagine you’ll get much from this. Not when there are so many other great roguelikes out there.

FromSoftware, before Dark Souls, made forgotten gems like Lost Kingdoms and its sequel