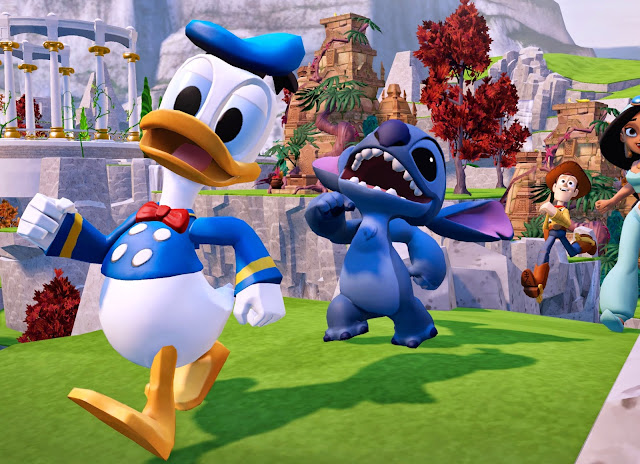 This morning brought some sad news indeed for Disney fans, with the company opting to discontinue development on its Disney Infinity franchise, and close down the developer behind that series, Avalanche Studios.

There is saturation in the collectibles gaming space, that much is certain. In addition to Activision’s Skylanders, there is a Lego toys-based game, and Nintendo has its own play with amiibo miniatures. Given the sheer expense of actually collecting these – with miniatures being somewhere between $10 and $20 Australian a pop, I think everyone knew that at some point there would be some consolidation in the space.

But I certainly didn’t expect it to be Disney that would be bowing out. The Infinity games are genuinely good fun, and are backed with some of the most valuable franchises out there; for the kids there’s the Marvel line. There’s Star Wars for the young and old alike. For the nostalgic there’s Mickey and Donald Duck. It was the kind of game that offered something for everyone.

And, even if you weren’t really into the games, there was the raw collectibility of the miniatures. Disney’s miniatures were impeccably well sculptured and designed. They were robust and could survive a drop or an attack by the family pet, but the poses were dynamic and exciting, and it was almost as much fun to simply display these miniatures as it was to play their games.

Sadly, this announcement also means the loss of 300 jobs. Infinity 3.0 will have two more play sets released for it – one based on Alice Through The Looking Glass, and one based on Finding Dory, and then it looks like the Infinity platform will go dark.

“By now you may have heard the news that we have made the difficult decision to discontinue production of Disney Infinity. From the beginning, Disney Infinity was built for you–our fans–and I wanted to take a moment to thank you not just for your support over the years, but for creating a community that made Disney Infinity more than just a game.

“Our goal for Disney Infinity was to bring the best of Disney storytelling to life in homes around the world, and with your support we accomplished that. We hope you had as much fun playing the game as we had making it.

“So what’s next for Disney Infinity? We have two final retail releases coming, including three new characters from Alice Through the Looking Glass later this month, and the Finding Dory Play Set launching in June.

“And as we turn to the next chapter in our story, I want to thank everyone who helped bring Disney Infinity to life, particularly Disney’s Glendale-based production and publishing teams, our external development partners, and of course the incredible Avalanche team for their tireless dedication to this project.

“But most of all, I want to again thank you for making Disney Infinity a part of your lives—and for adding to the Disney legacy by being a part of this community.”

Disney itself will continue to be represented in video games – in the last month or so there have been three mobile games released alone (including the excellent Disney Crossy Road). EA holds the rights to Star Wars and you can be sure the Lego Marvel games will be going nowhere. But that core Disney experience, as curated by Disney owned-and-operated studios, looks like it’s on its way out.

Now if you’ll excuse me, I’m going to cuddle my Donald Duck miniature and weep myself to sleep.

This week on the DDNet podcast: Persona, Uncharted, Overwatch and Party Golf!