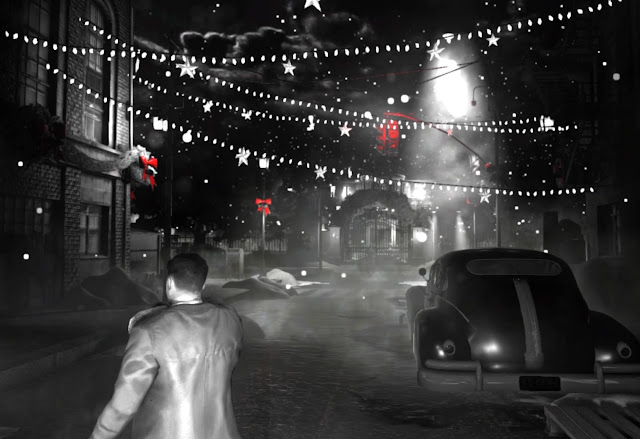 Blues and Bullets is a game that appeals to almost all of my sensibilities. It’s narrative-focused and striking, and fits neatly within the crime noir genre; something that has fascinated me into many, many years of study.

Related reading: The other staff favourite episodic game series is Life is Strange. You can grab this whole series in one go now too! Matt’s review of the first episode.

Getting the mechanics out of the way quickly; it’s a Telltale-like point-and-click adventure game where interactivity is largely limited to making the occasional hard decision and dialogue choice, and those choices having an impact on how later scenes play out. But Blues and Bullets also takes the time to offer the occasional action scene, which plays like an on-rails shooter, and a particularly memorable detective scene, where you need to piece together a picture of what happened to a body by figuring out clues and creating a “map” of events.

These additional gameplay elements help to liven the Blues and Bullets experience up. It didn’t necessarily need it, but the more active “game-like” elements do help the game feel more like a “game,” and I do feel like this title is the best example we have yet of a development team bringing an intense, cinematic-like narrative together with traditional gameplay. 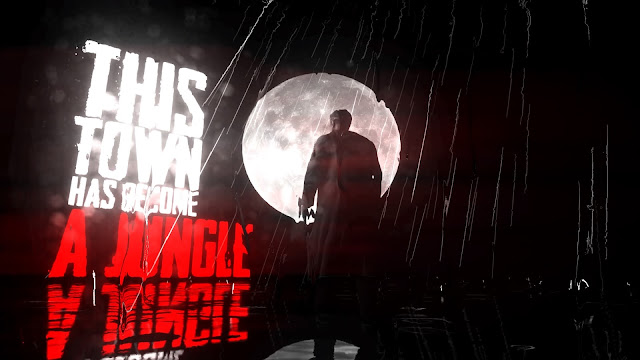 Ultimately, you’re not going to stay with Blues and Bullets for the gameplay. It’s good, and refreshing in its creativity, but it’s the story that the developers have to tell here which is the real sales pitch. And it’s masterful. Taking place some time after prohibition is lifted, an aging, retired detective is pulled from his new life as a diner owner to investigate the kidnapping of the daughter of his once nemesis, Al Capone. Yes, the Al Capone. But don’t go in expecting realistic history here, this is an alt-history take on the era. Because this is only the first chapter, we don’t know much of what’s happening by the end, beyond being certain that the girl is in a very bad place, and the rest of the world around our detective, Eliot Ness, is not quite right. Naturally, we’ll need to play through two more chapters to get our answers.

The mystery is enhanced by the game’s use of noir tradition. For people who are not as familiar with the genre, noir was a particular blend of crime fiction that was especially popular in the early half of last century. Driven by the novels of the likes of Raymond Chandler and Dashiell Hammett, as well as filmic adaptations of their works such as The Big Sleep and The Maltese Falcon, noir is characterised by a couple of key features:

1) The genre makes heavy use of shadow and darkness as a motif for the dark underbelly of crime-ridden and diseased society. This is a world where there is no room for innocence, and morality is, at the best of times, shades of grey. The infamous venetian blind effect, where light and darkness contrast across a character’s face as he looks through the blinds outside, is one of the most visually striking examples of noir at work because it represents beautifully the moral conflict that each noir story grapples with at core. 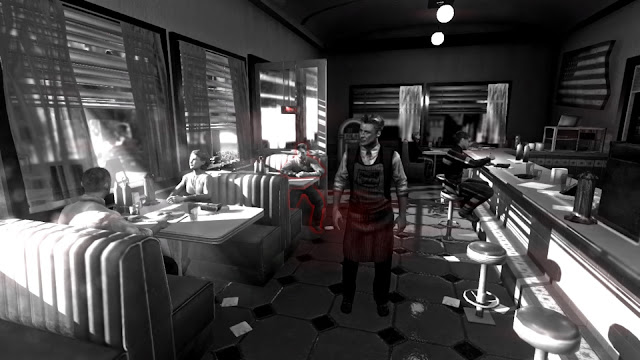 2) The presence of the femme fatale. One of the reasons the noir genre has slowly fallen out of favour in the mainstream is that one of its central themes, that of the succubi-like femme fatale leading lady tempting the detective hero into making moral or practical mistakes, is one that isn’t really kosher any longer. Those noir tales that still exist – the likes of Se7en or Sin City for example, either subvert this theme or do away with it completely, but it is certainly a tradition of the genre.

3) The sharp talking and cynical hero. As you can probably guess, in the typical noir tale the hero is a highly compromised individual – often veering closer to anti-hero than hero. They work outside of the law (though often have a professional association with it), and are mercenary in nature. But they are smart, quick witted, and often likable rogues as a result.

Within the context of these three landmark themes of noir, an awful lot can be done. You can easily argue that the Bond films, for an extreme example, are in fact noir. Visual style aside, these films all offer the same roguish protagonist, disarming, dangerous women and moral ambiguity that you see in the traditional noir films of Humphrey Bogart. 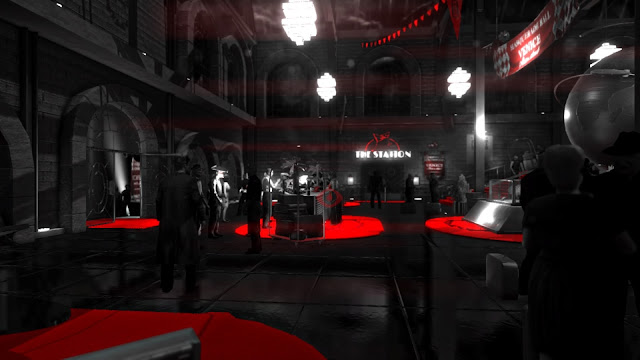 For its part, Blues and Bullets is a highly traditional noir story, and borrows heavily from the textbooks of some of the masterpieces in creating that effect. The visual style is the perfect starting point. The aesthetic utilises high-contrast black-and-white, with the exception of red objects, which really stand out as a result, and the resulting intensity to the vision is both tiring to watch (as it demands concentration) and invigorating at the same time. The reds, especially, draw the attention, being luxurious and decadent in colour as they are.

With the absence of a strong and identifiable femme fatale in the first chapter (though one could certainly be introduced in subsequent chapters), that red also helps to give important scenes a smouldering sensuality. There scene set on the most elegant and lavish masquerade party (on a blimp located high in the air), is a good example of this, with the use of red deepening the splendour and decadence of the environment – if Stanley Kubrick’s brilliant Eyes Wide Shut was shot in black and white those party scenes would look just like this (well, minus the sex). Fascinatingly, it’s the same red that you’ll see soon after representing blood, creating a conceptually impossible thing: a mono tonal visual contrast between sensuality and horror, and a truly impressive way that the developers have deepened the visual conflicts between light and dark within their game.

If there’s a criticism that can be levelled at the game, based on its first chapter, its that the leading man, Ness, is too wearied and mono tonal for the role. The ensemble cast (especially Al Capone), are all done well, but Ness more-or-less meanders through his lines, delivered with a deadpan banality that makes it clear he simply doesn’t want to be doing what he’s doing. Which is in fitting for the character, but something of a misfire for the actual noir genre. That being said, I hold out hope that Ness’s personality will pick up in subsequent chapters; by the end of the first, he has built a useful rapore with Milton, Al Capone’s designated minder for Ness, in making sure he stays on the job he was given. 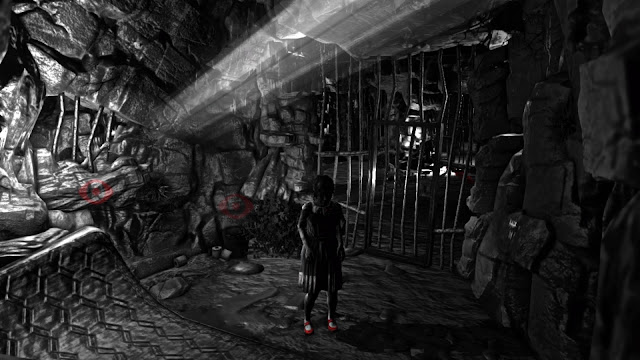 Oh, and if you needed any more proof of the cinematic quality of this title – I actually watched the credits through at the end of the chapter. I’ve never done that in a game before, but its something I will always do with films. That’s the kind of experience Blues and Bullets angles towards.

It’s rare that a game tries to be genuine to the noir canon. David Cage’s Heavy Rain is certainly one example, and in a very vague sense Telltale’s own The Wolf Among Us is another. Blues and Bullets is without a doubt the most true, and also most effective, crime noir game we have to date, with a masterful understanding of the themes and visual motifs that comprise a noir tale, and an understanding on how to work within those without being clichéd or trite. The first chapter ends on an absolute cliffhanger, and my impatience in waiting to get stuck into the second chapter (now also available, though that’s it then until the third is released) is every bit as frustrating as it was in waiting for Life Is Strange chapters to land, and that is one of my favourite games that has ever been made.