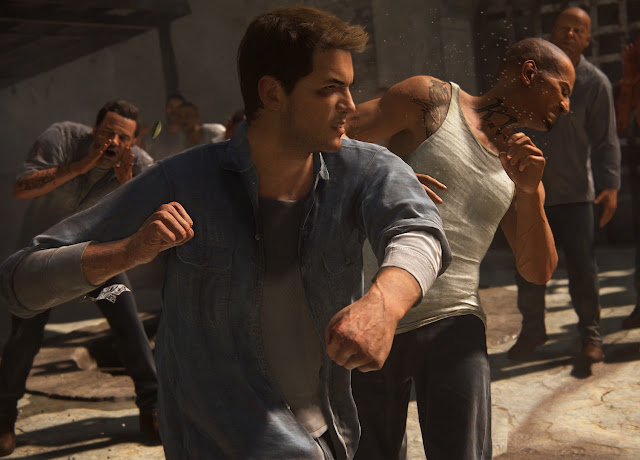 So yesterday I published my review of Uncharted 4, a game I enjoyed a great deal, though not without reservations. You can read that review here.

Thinking more broadly about Uncharted 4 as a blockbuster, and the relationship that blockbusters have with the game media, I’ve also penned an opinion piece over on Daily Review. In that piece I raise the question: if blockbuster films and novels are able to continue remaining true to the ideology of the media, why do so many blockbuster games actively resist the interactivity that is meant to be a core function of games that distinguishes them from other media?

You can read the full article by clicking on this link, but for a sample:

Say what you want about blockbusters in other media, but even the most populist, popcorn-friendly examples of them remain true to the ideology of the platform. The Marvel films or Fifty Shades of Grey, for instance, have nowhere near the same disconnect as blockbuster games do between what they offer audiences, and what their platform is meant to stand for.

Film, for example, was conceived as a kinetic art form of tricks and spectacle. The pioneering work of the likes of Georges Méliès took viewers to the moon.

Even the darker side of cinema, such as the propaganda work of Leni Riefenstahl, is so effective because it brings imagery that into space that other performance arts, such as theatre, could never hope to achieve.

Irrespective of what you think of the massive, kinetic action sequences of an Avengers film, or the thrill of watching giant robots beat up on one another in Transformers, these films engage with the spirit — and capabilities — of why film was conceived.

But when we look the modern blockbuster game, there is a hostility between what a game as a piece of media is meant to offer and what the developer is actually creating.


Let me know what you think in the comments (but please be civil etc etc)!