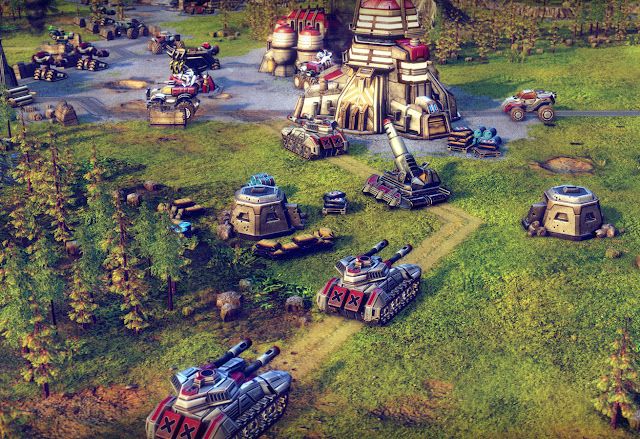 Here is something I honestly never expected to see on the PlayStation 4; a turn-based, hardcore strategy game in the vein of classics such as Panzer General or Slitherine’s more modern Panzer Corps. Yet, that is exactly what Battle Worlds Kronos set out to achieve, and after being the recipient of a successful Kickstarter campaign, I’ve got to say that the end product is really quite worthwhile.

These games always have nuts narratives that barely make sense, or are alternatively retellings of real conflicts. Kronos is the former, being a science fiction war-em-up that sees armies engaged in a ritualistic and highly organised war over who gets to be the next emperor. In theory there’s room in that setup to invite a story of political intrigue, as nations form alliances with one another, only to later break them as they find themselves in a position to reach for the victory flag. A little like an intergalactic Game of Thrones, in other words. In practice, Kronos really just uses this setup to give the opposing side a different colour, and to point you in their direction so you can proceed to dismantle them.

Initial impressions are not that positive, either, with some very, very amateur work done with the menus. In fact, the way the menu buttons looked and operated I was reminded of some really bad web design projects I had to pull together in Dreamweaver (designers, remember that software?) back in my early days at university. Cut scenes are equally amateurish and over dramatic, calling me back to classic games like Command & Conquer. This would be fine, except the development team forgot to throw in the self-reflective humour to let us know that the developers know that game development has changed a great deal in the decades since that game. 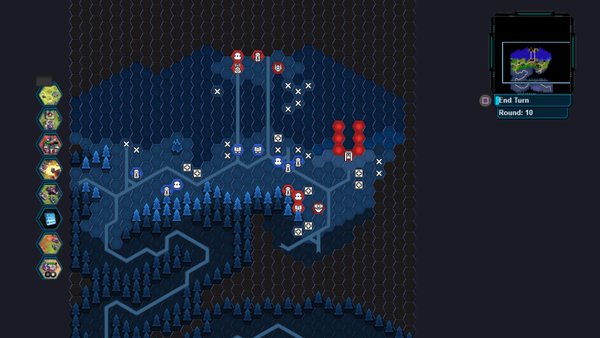 Also, the tutorial launches into a explanation for why the developers decided to make this game hard, why people should stick with it (“with practice, you’ll be able to finish the game without losing military units, we promise!”), and how they decided that difficulty levels were no good because they were sick of games holding player’s hands by offering easy modes. Those are fine design philosophies in principle, but it’s very amateurish to actually stick an explanation into a game via dialogue boxes. Players can figure out that a game is meant to be difficult for themselves.

So I was not in the best of places when I started getting stuck into Kronos, figuring that it would be an ambitious project ultimately let down by a dearth of design expertise within the development team. But then I started to command units around, and my opinion completely backflipped; these guys may need work on interfaces and tutorial design, but boy do they know their grognard stuff.

One of the first things I did was to scroll the camera back as far as I could, and there I saw something beautiful; hexes, and little icons representing units and buildings. My excitement for that might whoosh right over the typical player’s head, but this aesthetic is wargaming for anyone that grew up with primitive computers or the old Avalon Hill tile-based wargames. Zoomed right in, meanwhile, the units and environments actually look quite nice and passably modern. It’s a functional aesthetic, but it’s easy to distinguish units from one another, and while the firing animations are quite simple, the explosions when an enemy is destroyed is really very satisfying. The interface could have taken a little work – for example, when laying mines or moving units out of building into combat, I was able to identify ways to drop the number of button inputs by one, and while one extra button press doesn’t sound like much for a single action, it actually builds up over time (and I’m not interface designer, I’m sure it could be streamlined even more than that). On the other hand, access to the critical information about units and their combat abilities that you need to make tactical decisions is quite clear and easy to follow. 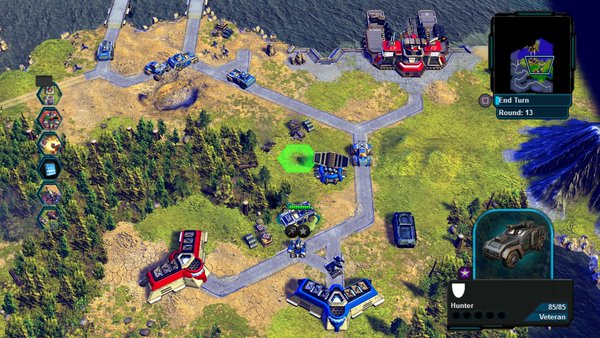 The combat is challenging, as the tutorial promises, with strong variety in missions that will often find ways of keeping the tension high, even though it’s a turn based game. You’ll find yourself frequently out-gunned and out matched, or being chased by a massive pursuit force, or so on. Often, like-for-like, your forces will come out on the losing end, and that’s why you need to take advantage of terrain and flanking (by having multiple units adjacent to the one enemy) in order to inflict additional damage on them.

This level of tactical play also hearkens back to the old Panzer General series. Obviously we have got more tactical and strategic war games out there now on PC, but by console standards this is something quite unusual. When compared to the likes of tactics RPGs such as Banner Saga, or the Advance Wars titles, Kronos is a more meticulously strategic game, requiring better use of some real world strategies (e.g. the aforementioned flanking). Compared to the grand strategy genre, however, which we have seen on console already  Nobunaga’s Ambition, Kronos is the more limited game, as it remains a tactical-level game from start to finish.

That’s not to suggest it’s awkward in its middle ground, though. Kronos is quite comfortable in throwing players challenges that require the precise movement of units. It’s happy to be that hardcore wargame boardgame-like title that you could spend hours on only to end up in an unwinnable situation and need to start again. It’s a niche interest game, for certain, but it speaks to the variety and strength of the PlayStation 4’s line up that games like this are on there. 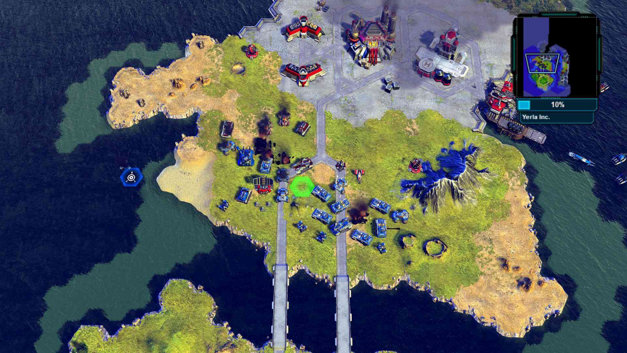 In terms of content, the general difficulty of the game should mandate multiple replays of levels, and aside from the handful of story campaigns there are some individual scenarios that give you the opportunity to replay to try and improve your results. That being said, there’s not a lot of actual content if you happen to be a tactical whiz and can race through each mission on a first attempt. Critically missing is the asynchronous multiplayer. A mainstay of the tactical wargame genre, in asynchronous multiplayer you don’t need to be online at the same time as your opponent – you’d take a turn, then next time he/ she is online they would, and so on. Battles would stretch over days, if not weeks, but it’s the best way to attack multiplayer when a single game when played live could itself stretch over a day.

In missing this multiplayer, Kronos loses a key part of the value proposition of strategy-heavy wargames; the ability to pit wits against a real human, rather than the eventually predictable AI. Based on the menu system it looks like the developers are leaving the door open for content updates, both in terms of modes and maps, and the PC version of the game does have that asynchronous multiplayer feature, so I’m holding out hope that it will make its way in there at some point.

Even without the multiplayer, however, Battle Worlds Kronos is a unique, deep, and rich tactical strategy game. It’s not something I ever expected to see on my home consoles, but it’s nice to see, because as much as I like my wargames, I really do prefer to kick back in front of the TV when I’m in the mood to play games.