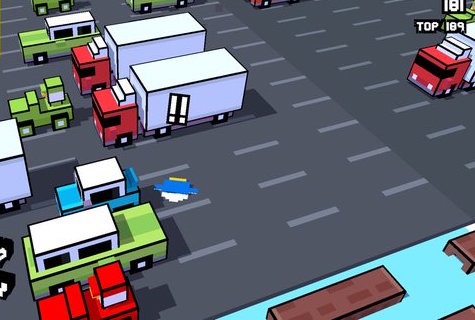 Coming to us from ultra-niche specialists, Acquire, Aegis of Earth is a fascinating little twist on the tower defence genre. And like almost all Acquire games, there’s plenty within to frustrate, along with the good stuff to really appreciate.

In Aegis, enemies close in to attack a city from a full 360 circle. Your job is to build towers and fortifications to hold these enemies at bay. The problem is that there’s not that much room to build – just three rings around the precious city centre. In those rings you need to build towers to defend the colony, as well as support buildings, and then rotate the rings around so that the towers are able to target enemy units.


Some towers are more effective than others on certain enemy types, so it’s important to rotate the ring around to maximise the impact being brought onto the enemies. Buildings that end up lining up with one another after these rotations do much more damage to enemies, so being able to tactically position turrets around is another key factor to keep in mind. It’s easier said than done, though, when enemies come from all angles.

A camera that doesn’t let player see a full 360 degrees around them, as well as a horribly clichéd narrative that runs way overlong do let the game down, though. This is not the kind of game where I am even slightly interested if the lead character is struggling to find a husband. Wayward characterisation aside, however, Aegis is genuine fun, and a genuine twist on a very staid genre.

I already put up my initial thoughts on Disney Crossy Road, but I wanted to back up give it the review treatment, because this is one of the best F2P play games.

Crossy Road is a frogger clone, on a basic level. Players have a little hopping character and need to get that character to dodge past trucks and cars, jump over rivers (thanks to some logs conveniently floating around the place), and avoid the occasional train that will rocket past. The goal? Simple; get the best score possible. 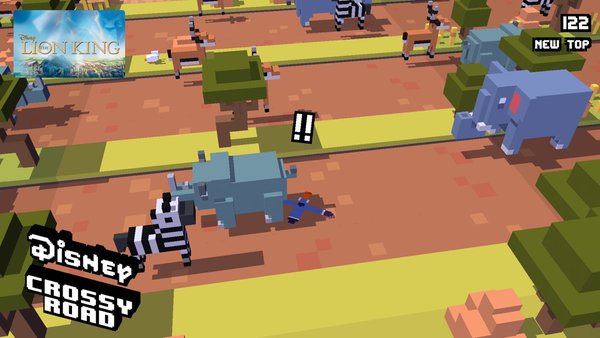 Of course, that’s easier said than done, and Disney Crossy Road adds a whole lot to the package to make it a much more comprehensive game. There are a number of “worlds” based on popular Disney properties, from Toy Story to The Lion King, Big Hero 6 to Haunted Mansion. Each of these worlds introduces different gameplay elements; in The Lion King you’ll need to dodge stampedes of wildbeast, while in the Tangled level you’ll need to watch out for boxes that are hurled down the screen at you as well, Donkey Kong-style. That’s a tough one.

All this gameplay is done through “miniatures,” which is where the game’s monetisation comes in. You’ll start off with just the one character – Mickey – but there are over a hundred more to collect. Every so often you’ll earn coins, which can be spent to randomly acquire a miniature, with some more rare than others. Alternatively you can pay a couple of dollars to unlock one right away. Given the sheer replay value in trying to top high scores, I didn’t mind throwing the developer a couple of dollars to unlock Donald Duck and Zazu from The Lion King. I did not mind in the slightest.

Okay, so if you’re building a game about jigsaw puzzles, you would assume that the actual pictures on the puzzles that you’ll be solving would be fun, right? I mean, it is literally the entire point of the entire jigsaw industry; to give people the chance to rebuild aesthetically pleasing pictures.

So when I saw that Total Jigsaw doesn’t have visually pleasing pictures, you can see where the score for this game is going. 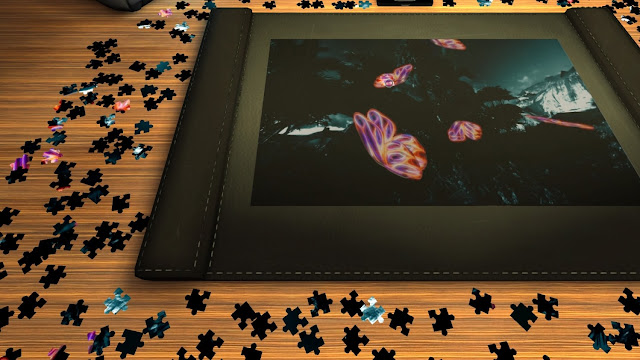 On a purely mechanical level the game gets everything right. It’s possible to play puzzles with everything up to 1000 pieces, and those are genuine time consuming processes to put together. It’s easy to scroll around, move and rotate pieces, and even provide hints if you find yourself really stuck (but who cheats at a jigsaw puzzle?). The aesthetic of the interface is nice, and the music is pleasant enough to build an lounge-room atmosphere, and remind you of those lazy winter’s Sunday afternoons where you’d slowly pour over a table, sitting in front of a wood fire, and solving a puzzle (what? I did).

But there’s not a single picture in the dozens and dozens of puzzles the game boasts that you’ll actually want to put together. Universally the pictures look like the developer got colour-by-number books, filled them in, and scanned them into the game. Given that the PlayStation 4 controller has a screenshot button, and all the game needed to do was let us turn our favourite screenshots of, say, Dead or Alive, into a puzzle, and we’d have literally thousands of much more interesting puzzles to play with. In failing to capitalise on that opportunity this game fails. Dismally.

I really, really like Beach Volleyball. As a sport, I mean. People often dismiss the sport because half the time it’s also a sport in which the players are quite underdressed, even in professional competitions, but in practice it’s actually an intensely physically demanding sport – running and jumping in sand is not easy, and in beach volleyball, there’s some big courts to cover with just two players on each side.

But it’s been a long time since there has been a really great beach volleyball game. Back on the Gamecube I was really hooked on SEGA’s Beach Spikers, but since then the only game that’s really flown the flag for the sport has been the Dead or Alive Xtreme series. And… well, that game’s about the other stuff people watch beach volleyball for. Not the volleyball. 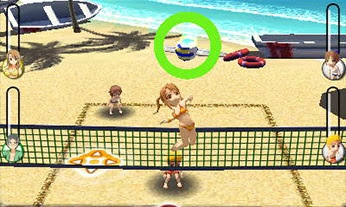 So Super Strike Beach Volleyball on the 3DS was a game I was always going to try out, in the hope that it could at least somewhat scratch my itching for a new beach volleyball game. It’s not such a terrible attempt, as it turns out. The basic mechanics are all there, and though the game features bigheaded anime-like characters and super shots and the like, it has got a focus on the three key techniques of beach volleyball; a need to time ball strikes well, a need to position spikes as close to the net as possible, and the need to be able to hit gaps in the court with those spikes.

It’s not perfect, of course. There’s very little content beyond playing teams of increasing difficulty, and earning points to level up your own characters. There are swimsuits to unlock, but this isn’t Dead or Alive and the characters are neither attractive enough, nor do they have enough personality, to care that you’ve just earned your character a new bikini. The ally AI is also terrible – it gets in your way by randomly running around the court, and will often ignore balls that are being hit directly at it. Enemy AI has a habit of stringing endless power hits too, which will continually knock you out of the court. If you’ve built up the “speed” stat you’ll recover in time to get the next spike, but then it’ll come back at you again as a power strike, making rallies go on, and on, and on. So Super Strike isn’t exactly Beach Spikers 2, but for fans of the sport, it’s something of a consolation prize.

If the core of a horror experience is to disempower the protagonist or protagonists and then force the audience to witness them in a hopeless situation, then Kholat is a core horror game. Though largely a “walking simulator,” the game is notable because it achieves two core goals to an utmost precision; it tells a ripping story, and it builds a convincing atmosphere of fear and terror.

Based loosely on a real story about missing backpackers in a hostile Russian wilderness, Kholat sets the scene perfectly with a chilling introduction of a person attempting to understand what happened to the travellers, voiced by Sean Bean. In then drops players off at their last-known camp, and leaves them to explore the environment. 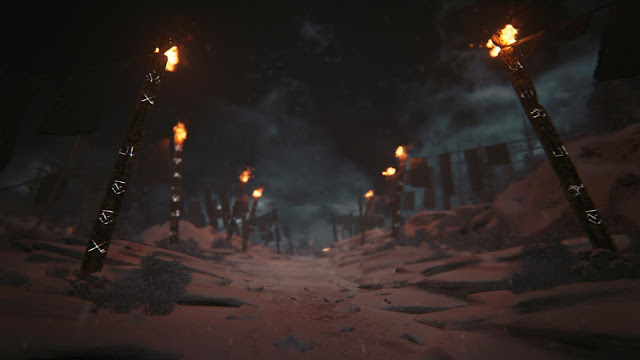 It’s immediately apparent that what happened to the unfortunate travellers in this take on the story is probably supernatural, and from the outset the game does a really great job in setting that as a scene. Strange occurances with vague hints of menace will happen out of the corner of your eye. An unnaturalness creeps up slowly, subtly, to become a horrific fever dream by the end of it all.

The landscape itself is completely unwelcoming too, reminding you of your isolation at every turn. The wintery white is stark and beautiful, but also overwhelming and hostile. It’s easy to feel the biting wind and cold temperatures. Though there’s less direct threat when compared to more mainstream horror titles, there’s an intensity to that environment that helps to create a wonderfully sinister atmosphere. It’s not an essential horror game, but it’s a genuinely ripping yarn.