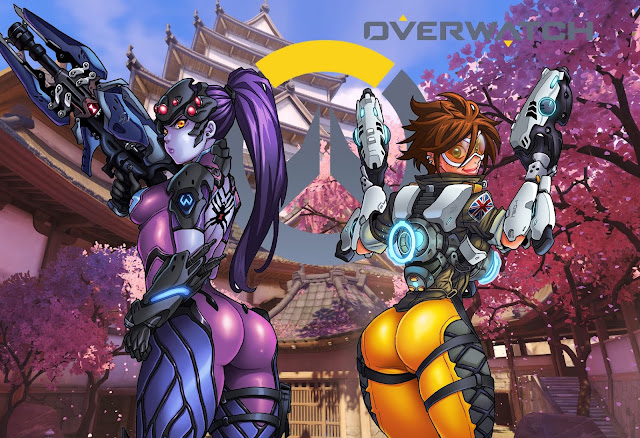 Blizzard has announced that it will remove an “over the shoulder” victory pose of one of its characters in Overwatch after it received complaints that the backside, that people should naturally expect to see when viewing someone wearing skintight leggings from behind, was “sexualised.”

You can read the full back story to that at PC Gamer. I’m not really going to be commenting on that particular issue, but rather something tangental to that, but the link there will provide any additional background on what went on if it’s of interest.

So here’s my thing: I can appreciate that people might find the victory pose sexualised. I can also appreciate that, as the initial author of the complaint points out (via the link above), the issue with the sexualisation is less the sexualisation itself but rather the context it is presented in; i.e. where other characters in Overwatch are sexualised within characterisation context and therefore don’t bother the author, this example of sexualisation apparently doesn’t fit with the character in question and thus tips over the line into objectification.

These are perfectly reasonable arguments to make. They’re defensible, supportable by academic theory (because there certainly is a line between purposeful sexualisation and needless objectification), and I’m not the sort who would ever play Overwatch anyway, so I’m happy to take the author of the complaint on their word with regards to the character not having context to justify her sexualisation. It’s all rather irrelevant to the point I’m about to make. 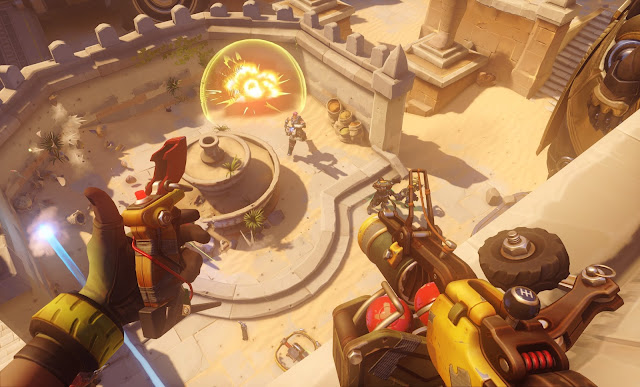 My issue comes with this line that the author of the complaint wrote (also from the article linked above): “I have a young daughter that everyday when I wake up wants to watch the Recall trailer again. She knows who Tracer is, and as she grows up, she can grow up alongside these characters.” My issue is this: how the heck is the sexualised content an issue but the hyperviolence of Overwatch not be worth a mention? Because in the complaint not once did the author mention that the extreme violence done to the same woman was “problematic”.

Yes, it’s this long-standing issue that I have with the way western culture treats extreme violence as wholesome for everyone, even young girls, to experience, but the human body and sexuality is some kind of great evil that we need to protect them from. It’s a warped and twisted morality that denotes that violence is morally acceptable but sexualisation is not.

Yes, Overwatch is a cartoon violence, but violence is the core loop of the experience, thus making it a textbook example of hyperviolence. Indeed, as a pure-play multiplayer combat game, the violence itself only has the most loose of contexts to justify it. There’s no narrative within the game itself, nor explanation. There’s character stories and profiles that you can read, sure, but once you start playing, Overwatch’s entire experience is combat between a bunch of people in an arena that rewards people for being more violent (i.e. getting more kills) than their opponents.

So, if we’re talking about exploitation, let’s talk about how the violence being done to characters through the game is itself a form of exploitation, that in itself crosses over that line whereby context can explain and justify the content into something where it does not. 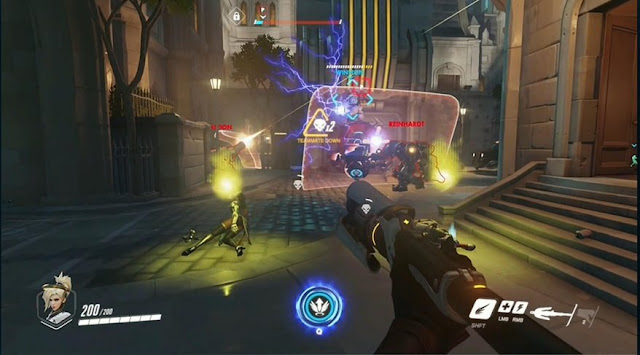 Of course it’s silly to suggest that kids can’t see hyperviolent “cartoon” violence and emerge from the experience unscathed. After all, I grew up on a diet of Looney Tunes and Tom & Jerry and I turned out okay (well, some might argue not, but that’s for another day…). I don’t really believe that Overwatch’s hyperviolence is a socio-cultural issue, or that young boys and girls should be prevented from playing the game on that basis.

The difference between myself and many others is that I happen to think the same about sexualisation. I don’t think kids will be scarred if they see a woman’s backside in skintight pants in a game. I don’t think they’ll even be scarred if she’s posing suggestively in those pants. Because as with the violence it’s cartooned and silly. If this was pornographic, that would be a different issue, but then I’d also warn people against sitting their kids down to watch an actual warzone caught on film.

Related reading: A previous piece I wrote on this kind of topic, based on a comparison between Dead or Alive and Mortal Kombat.

My issue is, once again, in a hypocrisy that is so prevalent in the industry; one that insists that there is no legitimate criticism of violent content in games, but assumes that the impact of sexualised material on young minds is extreme. That’s my problem with this news over Blizzard’s decision to remove this character’s pose from the game; I don’t fault Blizzard for it, but I find myself very uncomfortable with the unthinking and inconsistent attitude by the mainstream towards content in games that led to the complaint in the first place.