And so begins Plantera, an adorable clicker for PC. Plantera is like a clicker on crack. And the only clicker I’ve ever played that I was intrigued in from the beginning. That being said, in the back of my mind I was always concerned about whether a clicker designed for PC would hold long-term value. Unfortunately, my concerns ended up being completely legitimate — but I’m getting ahead of myself.

In Plantera, the goal is to build your own garden. You start with a little blue blob friend, your first Helper. He helps you pick your fruit. As you level up, identical little blue blob friends join him. Plantera functions like most clickers: build one plant, collect from that until money is earned to build another, continue until levelling up results in unlocked new plants/animals, purchase new plants/animals, continue.

Items can be placed on different layers: animals in the foreground as they will move around, then plants, bushes, and finally trees in the background. Once placed, items cannot be destroyed or moved — a flaw that is maddening for someone as particular as I am. I don’t want to keep growing and clicking plants that end up having little to no value compared to higher-levelled plants that give me far more cash. Animals and plants create resources specific to their type; for example, chickens lay eggs and pumpkin patches grow pumpkins.

You can click on fruit to make it fall, or once it’s on the ground click it to exchange the fruit for cash. Otherwise, your Helpers will do the work, but far more slowly that a human can with a good mouse and super-fast index finger for clicking. Predators add a depth to Plantera that is not often seen in games of its genre. Birds will steal fruit from trees and bushes, bunnies will snag fruits growing directly from the earth, and sly foxes will salivate at the mere thought of chewing your animals. Clicking birds once will scare them off, whereas foxes require several clicks to make them run away.

Remember how I mentioned the goal of the game is to build your garden? The problem with that lovely casual sentiment is that it ends there. There is no structure to building your garden and no milestone moments to grant you rewards or show progress. There are no real goals. The entire game quickly becomes pointlessly repetitive.

Let’s consider Plantera’s premium price tag and simulation genre. Sure, the game doesn’t cost much in the grand scheme of things — but it also isn’t free. When someone is paying for a simulation game, they’re going to expect something like Sim City. Something where you actually build something with a purpose, even if that is simply making the population of your city as happy and safe as possible. There is no happiness rating in Plantera. There are no disasters, although a fox stealing an expensive animal may seem like one at the time. There is no perk to planning out your garden immaculately, plant by plant. In fact, there is nothing in Plantera’s gameplay that even hints at simulating an actual situation.

Related reading: For a game that does casual simulation right, check out New Style Boutique 2 for 3DS.

This game would be much better suited on mobile than on PC, as clickers are extremely casual and best when can be played in small bursts but left running in the background on a phone. Planters can be left idly, and when you return the Helpers will have money for you… but how many of us want to sit at our computer for a couple minutes at a time over and over again through a day just to check on a garden? That type of activity is best suited for gaps of time when waiting in line or during the commercials of your favourite show, and with the game being exclusively on PC the number of opportunities to check in go down significantly. When it boils down to it, mobility is essential for clickers. 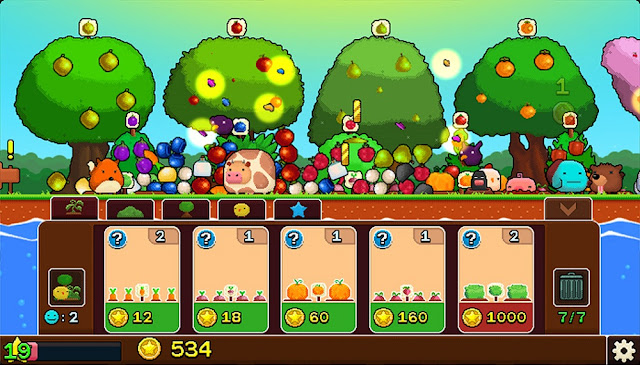 Kudos to the developers for trying to make a clicker game with more visual appeal than most, but unfortunately Plantera lacks the mobility required for any game of its genre. Plantera is a classic take on the clicker/idle genre, and though the addition of predators helps give it a whiff of something beyond Farmville, as a premium game it provides little new compared to the thousands of freemium games available on Apple’s App Store and Google Play right now. 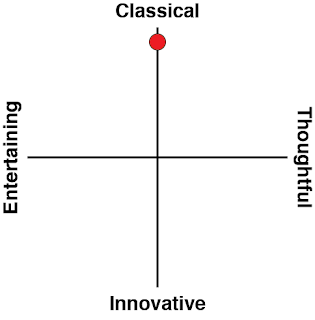