It would be easy to dismiss the Style Boutique franchise as Nintendo’s attempt to reach out to the rarely tapped young girl demographic; to assume that it’s a cynical series designed more to be accessible and casual because, after all, girls don’t play real games, now do they? If there is any audience demographic that has to put up with cynical nonsense from game developers, it’s the young girls.

Thankfully, the Style Boutique series does a remarkable job of confounding expectations at every turn. The games are indeed accessible, bright, and bubbly, but they are also a clear example that Nintendo respects both the taste and intelligence of its target audience. So much so that each of the Style Boutique games to date have been worthy of the attention of anyone, well beyond the target demographic, and the latest iteration is no different in this regard.

On a basic level, New Style Boutique 2: Fashion Forward is a light hearted simulation game, in which players take control of a fashion retailer and need to help dress each individual customer that enters their store according to her taste in clothes. This takes part across two core loops; the first is regular trips to the fashion markets to stock up on the latest clothing and trends. There are dozens of fictional brands, each representing a type of fashion; from the simple, no-frills, cheap wear through to the seriously gaudy, bling-heavy, R & B culture style and then on to punk, gothic, and other such alternative fashions. 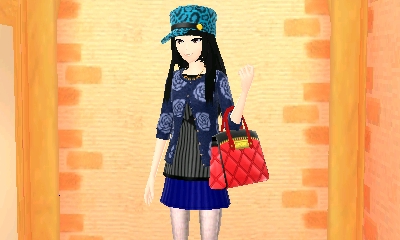 There are a massive range of different types of clothing that can be stocked; from full-body dresses to jeans, socks, hats and jewelry, and it’s important to keep a good range stocked at the shop, because that’s where the second core gameplay loop comes in; the need to dress customers. Each customer comes into the shop looking for something; it could be as simple as a “green top” or it could be incredibly specific (“I want to look just like this person”). Your goal is to then filter through the catalogue that you’re carrying and find something that matches that wish. Do so, and you’ll earn cash from the transaction, which can be used to purchase more clothing.

There’s no significant consequence for failing to match a person’s desired clothing to stock in the inventory, so Style Boutique offers a very low stress kind of simulation, but at the same time it’s undeniably entertaining to watch the shop slowly grow and broaden its product range, to leave as many customers happy as possible, and then dress your own avatar up in the fashions on display. Because the clothing lines available change daily, there is incentive to drop in to the game at least briefly every day to refresh the product offering, and because individual transactions are over in just a few seconds each time, it’s easy to get sucked into these incredibly positive feedback loops for sessions that run into the hours. This is before you even get into the additional content beyond the two core loops, such as styling, home decorating, fashion shows, and so on.

And it helps that everything in Style Boutique is so clearly and carefully honed in on a pure kind of wish fulfilment. Tapping into the same appeal that has seen doll dressing become such a timeless hobby, the new game even includes a house to kit out with miniature furniture as you would a doll’s house, and just to make the theme even more explicit, the narrative, thin as it is, features a person shrunk down to the side of a doll walking through a miniature door to end up in a city of miniature people, with a shop to manage and a house to deck out. It’s a silly, even ludicrous kind of setup, but Style Boutique gets away with it on raw charm, and given that there are so many little girls that dream of living in their doll houses, this game taps into a similar kind of childlike fantasy that Harry Potter, Alice in Wonderland, The Lion, The Witch and the Wardrobe, and so many other juvenile literature have done so well. 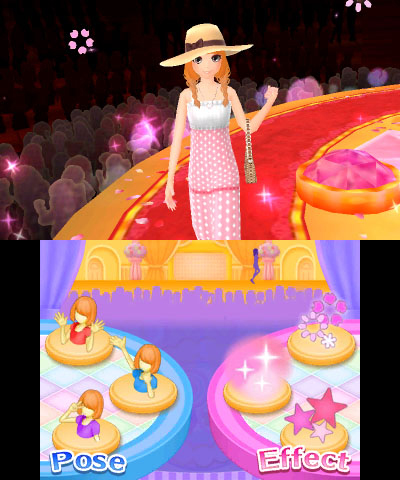 The presentation is exceedingly refined. Conversations between characters strike a beautiful balance between being subtly self referential and simply charming enough to appeal to people of just about every age, and the art style is absolutely gorgeous, and surprisingly nuanced and deep, given that the theme might have you going in expecting something so coated in pink that it burns into the eyes.

And that’s because, while Style Boutique has a very specific audience as its core target demographic, it’s not a game designed for that audience to the exclusion of all others. In the west dolls and dressups is very much a hobby associated exclusively with girls, but in Japan there is a broader audience, because there are a number of companies that produce dolls as collectors items based on various popular anime figures, and these are every bit as popular with males. I myself very nearly purchased a Hatsune Miku doll when I was last in Japan, only to discover that the doll I wanted (one based on Miku’s Red Riding costume) had sold just one day beforehand (it’s okay, don’t feel bad for me, I just used it as an excuse to buy more figurines instead). The point is that you can tell in playing this that the developers understood that the world of dolls and dress-ups doesn’t have to be exclusively a girl’s hobby… which is a very Japanese way of looking at things.

For men – or adult women, for that matter – Style Boutique has enough wry humour to help carry its casual “no lose” casual simulation mechanics. There’s enough variety in the thousands of costumes – again, changing daily – to keep coming back to the game for weeks at a time. The customisation available to the main character – and her home – is extensive enough to tap into the same kind of creative spirit that sees people spend weeks messing around in fixing up their Animal Crossing home. 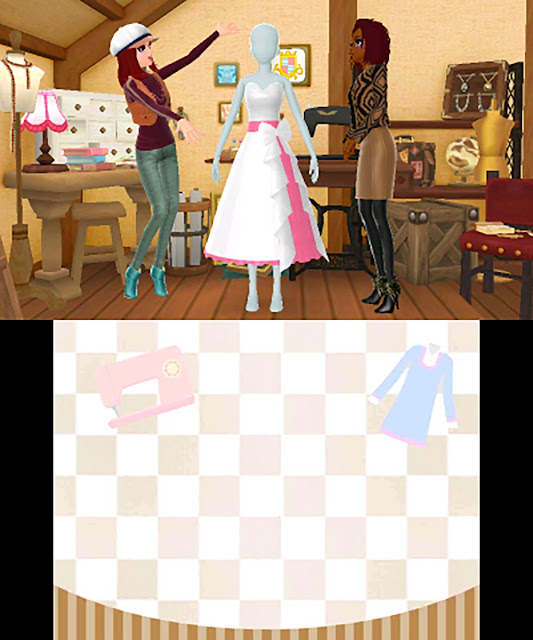 So, while it’s a decidedly feminine game, Style Boutique is a quality package, and people of all ages and genders will be able to find things to appreciate about it. While I would be the kind of person to find a serious fashion boutique/ retail buyer simulation fascinating, if I am going to play a casual sim, I would prefer something like this to the vapid and cynical likes of Hay Day, Farmville, and so on.

Americans can pick up Style Savvy: Trendsetters from Amazon here:
Share this