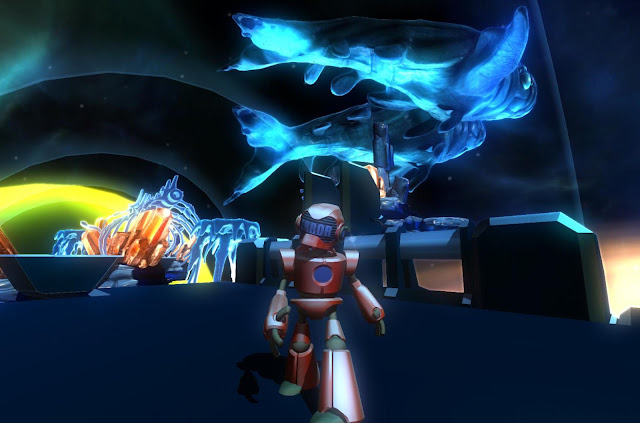 And it’s good news for players too, of course, as it means more games for us to play on console! With that in mind, we’ve interviewed a number of the developers that have partnered up with Nnooo, around developing for console and their own games. We’ll publish one each day this week.

For our second interview this week, I chatted with Scott Beca and Edward Blanch of Melbourne’s Considerable Content, about their upcoming game, Rogue Singularity. This is a challenging 3D platformer, with a neon-soaked aesthetic that will strongly remind you of the platformers from the heady early days of 3D. It looks like it will be a really great game for speedrunners, and will be released on PlayStation 4 and Xbox One.


Digitally Downloaded (DD): What encouraged you to partner up with Nnooo to bring this game to console?
Edward Blanch (EB): We had the good fortune of meeting Nnooo at Game Connect Asia Pacific (GCAP) when they were down in Melbourne. At the time we had an early version of Rogue Singularity running and it became obvious that we were creating a game that would be very well suited to consoles. We used that opportunity to show Nnooo our game and began to plan out how we could realise Rogue Singularity’s full potential.

DD: How have you found the process of porting to console?
Scott Beca (SB): So far the process has been fairly smooth. It can present some interesting challenges as console hardware has some key differences from your average PC. The Unity game engine has made this process much easier in recent years and continues to improve, allowing us to develop simultaneously across multiple platforms.

DD: What was it about consoles that interested you as a developer?
EB: I have always been a PC and console gamer, I’ve never really had a preference. The experience of playing a game on a console is one I have fond memories of. Rogue Singularity plays at its best with a controller in hand and looks its best on a big screen. The atmosphere of playing on your couch is one that I’ve always loved. 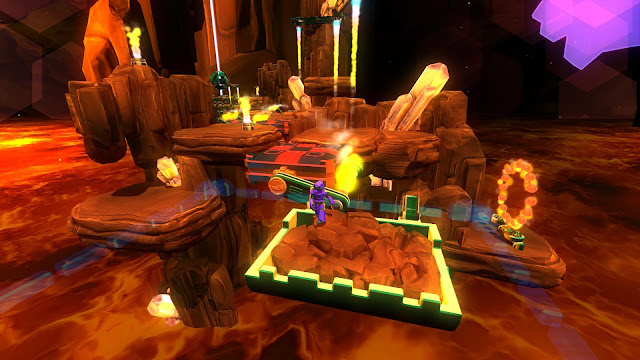 DD: What kind of audience are you looking for with your game?
EB: Our team has so many positive memories of many 3D platforming games from our youth. The classic Rare 3D platformers as well as Ratchet and Clank and various Mario games are some examples of games we loved when we were younger. We are looking for people who’ve loved the sense of jumping and running through a 3D environment and are keen for a challenge.

DD: Okay, so I take one look at this game and it looks difficult. Are you gunning for the “Dark Souls of speedrun platformers” by any chance?
EB: Absolutely. We love challenging games like Dustforce, Super Meat Boy, I Wanna be the Guy, Spelunky and even just watching Games Done Quick. We have put work into adding a lot of subtle depth into the controls so there can be real mastery of the controls and players will be able to learn to pull off some pretty amazing feats.

DD: There are other platformers out there that struggle mightily with the camera, but with your game it looks perfect – how were you able to keep control of that?
SB: We have been very fortunate to work with an industry veteran, Trevor Powell, who has had years of experience in developing cameras for 3D platformers. His experience has been vital in helping us create a really strong camera for Rogue Singularity and we’re constantly iterating and trying to improve on the camera. 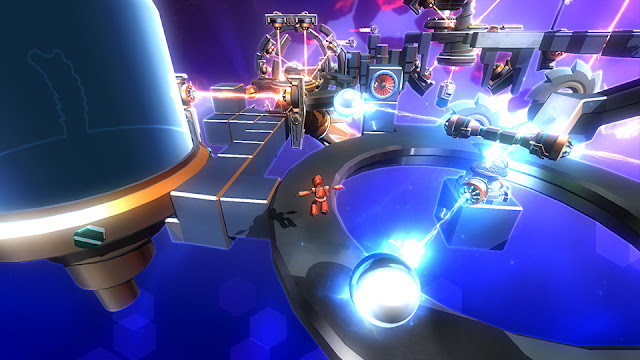 DD: How have you found the process of developing games in Australia as an indie. What would you say the biggest challenges and opportunities have been?
SB: Australia, and specifically Melbourne where we’re based, is a great place to develop games in most ways, with some slight disadvantages. Melbourne is the most liveable city in the world, so the lifestyle here is great and our co-working space (The Arcade) is an excellent place to work. There are talented and experience game developers working at The Arcade, so we can very easily bounce ideas off people and ask them for feedback.

The biggest issue is that Australia is so far away from the rest of the world, so getting to the big international games shows is quite difficult – and it can be easy for Australian games to be forgotten by the world’s press as we can easily be “out of sight, out of mind”.

DD: Finally, what games are you playing at the moment?
EB: Games I’m currently playing include: Heroes of the Storm. Borderlands 2, Cities Skylines, and Don’t Starve. I’m looking forward to playing Master of Orion, Firewatch, and Superhot.

SB: I recently starting playing Diablo 3 with some friends and I’m having a great time and I very recently got back into Age of Empires 2 with the HD edition, rekindling my love of that game. I’ve also just finished Firewatch and loved it, and am looking forward to starting The Witness when I have a bit more free time.