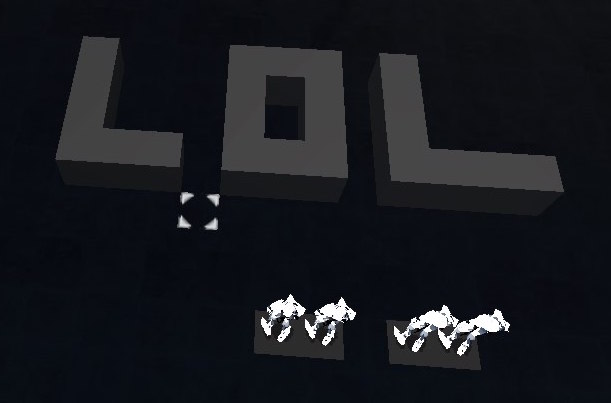 After some uncertainty and delays, Volume has finally landed on the PlayStation Vita. I’m glad that Mike Bithell and Just Add Water worked hard and could finally release this on a portable device as it plays wonderfully.

Related reading: For another take on Volume, check out Nick’s review of the PlayStation 4 release.

Volume is a stealth game with strategy elements thanks to the new mechanics introduced as the story progresses. Metal Gear Solid and Metal Gear Solid VR missions can be seen as direct inspirations for Volume and Mike Bithell has done a great job in creating one of the best stealth games in a long time here.

Robert Locksley, a thief, discovers a device called ‘Volume’ that lets him simulate heists. The device has an AI built in and it is voiced by the great Danny Wallace. Robert uses this to stream his crimes across the Internet in a similar manner as Let’s Play videos are streamed on YouTube. This gives the plot a nice meta feel – there’s some commentary in there from Bithell on modern humanity’s fascination with voyeurism via digital networks. The voice acting is once again a highlight just like it was in Thomas Was Alone. Only this time there are multiple voiced characters. Andy Serkis stars as Guy Gisborne, the CEO of a company that took over England. Robert Locksley is voiced by Charlie McDonnell, of YouTube fame, and his presence alone further deepen’s Bithell’s commentary by adding a self-referential authenticity to it. 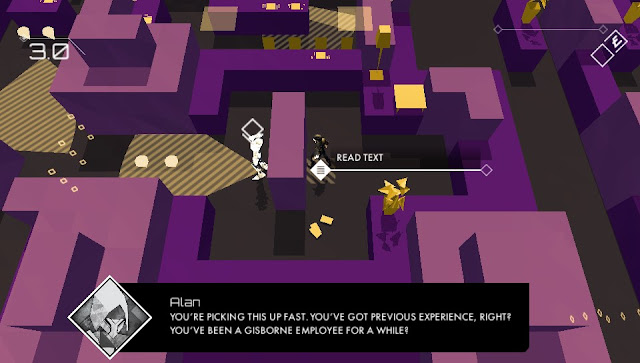 Volume’s story is split up into 100 levels in the simulation and as levels progress, more mechanics get added, while older ones are tweaked and so forth. The level design is great. You need to distract guards, break patrol patterns, avoid turrets and more while sneaking around. You do have access to a variety of tools at your disposal as the game progresses to do this. Something as simple is flushing a toilet in one area can get guards near it to spend a few seconds examining the source of the noise. Barring the turrets that are annoying to deal with, patrol dogs add to the difficulty. The dogs are the most annoying to deal with overall. Note that you cannot actually kill enemies and have to navigate through each simulation purely through strategy and stealth.

On the control front, Volume plays really well on Vita. While I don’t like the text size (developers, please don’t assume that text scales comfortably when a game goes from a console down to handheld), the actual maps and HUD scale really well on the Vita screen making this a great bite sized experience. There’s also a level editor that allows sharing of levels and playing levels created by others which theoretically adds tons of content. There’s even a staff picks section that I’d recommend checking out once you’re done with the main story.

Volume’s score is great and the composer, David Housden, has done a fantastic job. The audio direction and design really impressed me with the memorable voice acting and sound effects throughout. It is always great to have a composer create a soundtrack so good, that it is actually interesting to listen to even outside the game. 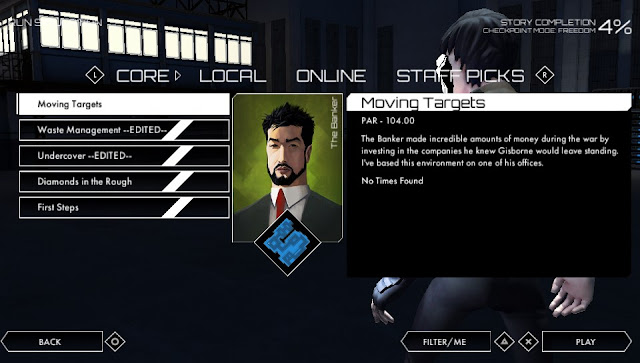 Other than the interface and menu issues, I really love playing Volume on the Vita and recommend it to any fan of Metal Gear Solid or stealth games in general. It perfectly captures the essence of what makes MGS gameplay great. I can’t wait to see what Mike Bithell does next with Volume CODA on PS VR and look forward to updates to the Vita version of Volume so it becomes the definitive portable stealth experience it has the potential to be.

Raising Volume is a book that chronicles the development of Volume. For fans of the game, this insightful look into it is essential. Buy from Amazon:
Share this