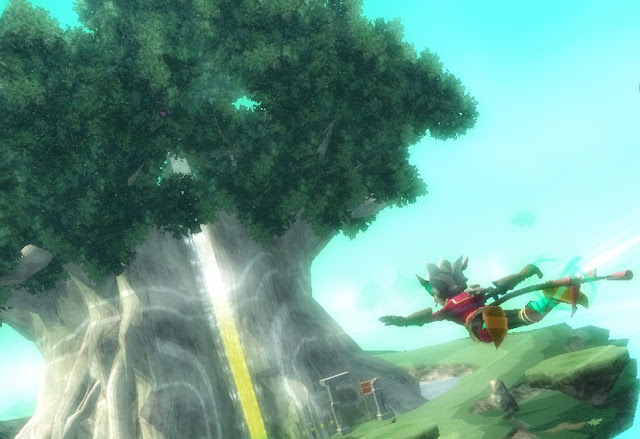 Flight is a more difficult mechanic to execute within a game than many pause to think on. By its very nature flight implies freedom, scale, and a limitless room for exploration. A good game that makes flight a central mechanic should offer a sensation of soaring through the air, of speed (and therefore distance between key points of interest), and contrast between the immediate surroundings, and objects in the distance.

Rodea: The Sky Soldier struggles mightily to create the sensation of soaring freedom, with its core gameplay mechanic involving flying from one place to the next, but it ultimately falls at almost every hurdle. There are noble ideas buried deeply within the game, but serious technical flaws inhibit just about everything it aims for.

It is a game that comes from the typical artist that was cut from the early era of SEGA. The strengths of Yuji Naka (the guy who brought Sonic to life) do not lie with storytelling or in the weaving of complex tales. Apparently it is a creative weakness that he is aware of, and so instead keeps the narrative firmly backgrounded, setting players the goal of flying through linear platformer-like levels on a quest to take on and defeat the ultimate boss to a happily ever after for everyone else. It’s actually a pity that he has helmed this project, because there are hints of something in there that would be worth expanding out, under the guidance of a director with a firmer grasp on storytelling. 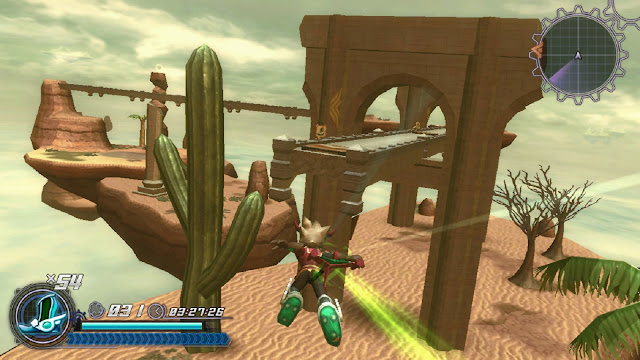 Rodea, the titular lead of this particular tale, is a robot that has little understanding of what he is tasked with doing. Awakened from a deep slumber of 1,000 years in length, all Rodea understands, at first, is that there is an evil Naga Empire that he needs to defeat in order to save the kingdom of Garuda. His only ally on this quest is a mechanic, Ion, and brief as the narrative is, it touches on themes around humanity, the relationship between robots and people, and so on. Squint and it’s almost – almost – possible to imagine that this is a riff on the kind of narrative that Xenoblade Chronicles offered, albeit as a platformer rather than an epic JRPG. But it’s told nowhere near as well, and the voice acting performances are straight out of the worst Sunday morning cartoons that you’ve ever seen. Seriously, the “talent” voicing these characters needs a career change. Preferably to something where they’re banned from talking.

What also lets the narrative experience down is the environmental design, which does almost nothing to enhance the storytelling. What we’ve got here is a series of platformer levels which, it is worth noting, are not even designed to be traversed on foot, but rather flown across, preventing players from ever having a physical interaction (and thus connection) with them. These platform levels are placed in sequential order from one another. It’s an arbitrary gauntlet of enemies, moving hunks of rock, and traps, with no actual reason to be in the shapes and designs as they are, beyond “to be a level.”

This is fine in a game such as Nintendo’s Mario Bros. or Donkey Kong franchises, because it was never the narrative pulling these games together in the first place. But, as I noted before, Rodea actually has a thematic basis that deserved to be explored. We’ve seen other platformers make remarkable use of level design to enhance their narrative – Alice: Madness Returns, Contrast, Limbo, and Puppeteer, all had stronger narratives thanks to the care and attention put into making the level design count and link back into the rest of the game. Rodea’s positively old-school approach to level design has some light charm behind it, sure (especially for fans of retro games), but offers precious little depth beyond that. 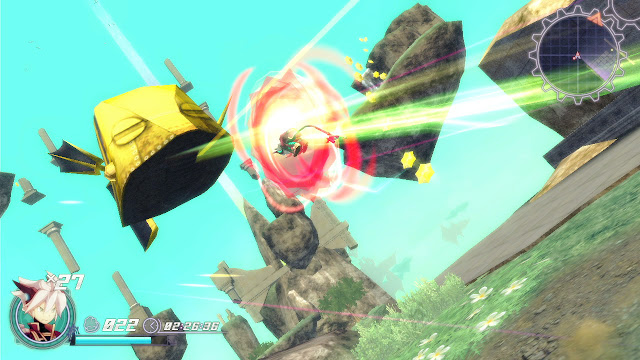 But that’s not Rodea’s biggest problem. Oh no. The game, beyond the narrative, suffers mightily from its need to also be a game, and a very limited understanding on how to make its flight mechanics work. The core to the system is in engaging a double jump, and then using the distance above the air to glide towards destinations. The ability to lock on to enemies or other objects in flight then allows the player to “boost” towards those objects, either to reach objects of interest or do damage to enemies.

But this system in hindered by a couple of core issues; firstly, the camera is terrible. I never quite managed to get it under control, which meant that flying towards specific targets that I had in mind, much less actually exploring the levels, was more labour than joy; an impression that remained with me the entire time I was playing.

Partly as a consequence of the camera, but equally an issue with the engine’s stubbornness, I had a great deal of trouble changing targets rapidly. Layering on top of that was an unnecessarily convoluted set of control mechanics, and Rodea left me with a powerful impression that I was, in fact, one of its enemies and the game was doing its best to beat me. 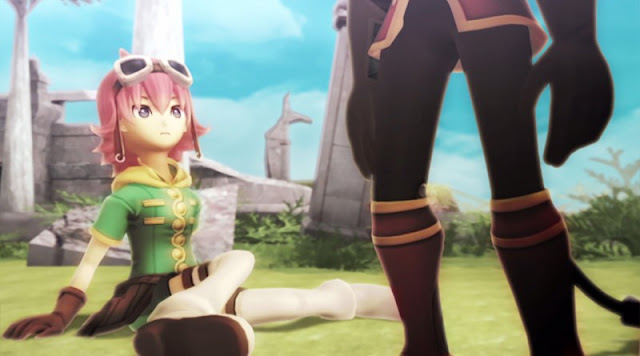 Thanks to the flimsy narrative and uninspired level design, I was never invested enough on the things that Rodea wanted me to collect and care about to play ball with it. Progressing through the levels to reach the end was really enough for me, and I certainly never found myself replaying them as I did with something like Bayonetta 2 in order to improve my score or collect things I missed. Here I think the graphical simplicity of the world was part of the issue too. Rodea was an enhanced port of a Nintendo Wii game, and resolution aside, it’s quite noticeable that it comes from primitive roots.

And perhaps as a consequence of it being an upscaled Nintendo Wii game, Rodea also never quite creates that feeling of soaring through the sky that it tries hard to make its marquee moments. There’s certainly an airiness to the environments, and the whoosh of the air is the most effective sound in an otherwise lacklustre soundtrack, but Rodea fails dismally at its aspirations for scale. In practice it’s a Super Mario level with bigger gaps in the floor.

I do believe that Rodea could have been a good little game. The ambition it has going for it is certainly appreciable, but ambition not put to good use is ambition wasted. Unfortunately, despite being one of the few high profile third party Wii U games, Rodea is a dud.