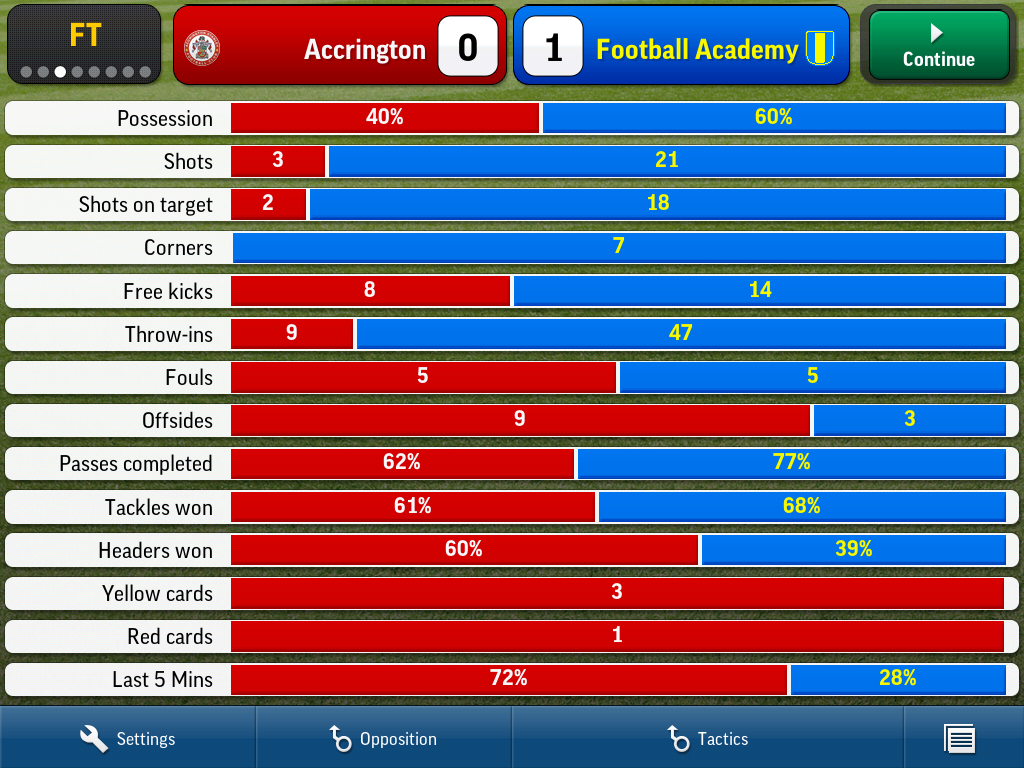 There are a couple of genres that iPads do really, really well, and Football Manager is an example of that. A cerebral, menu-driven experience rather than an action button masher, Football Manager is the kind of game that is perfect to take down to the pub on a Sunday afternoon for a lazy afternoon of strategising.

And hey, with the way that Crystal Palace has been going of late, this game lets me prove who should be the real manager of that great team.

Football Manager 2015 doesn’t have a lot of flash to it. It is, after all, little more than a colourful spreadsheet. But what it does exceptionally well is present information in such a way that the iPad’s screen real estate is used to its maximum effect without becoming overwhelming. Unlike some earlier examples of the franchise (such as a good, but poorly optimised Vita port), interacting with the spreadsheet is comfortable thanks to big, ergonomically placed buttons. 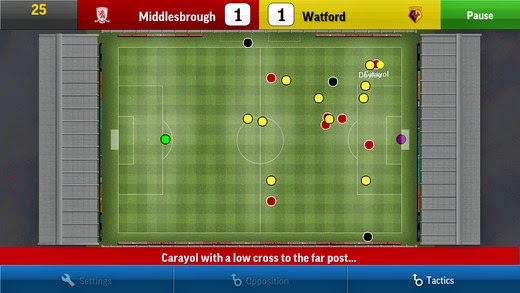 This clutter-free interface allows you to get on with the task at hand – taking your favourite team and managing them all the way to glory. The number of licenses that the developers have implemented into the game are impressive and chances are that your favourite team in your favourite league is there. As manager you won’t be playing any soccer (football, whatever you want to call it) yourself. Instead you’ll be designing training regimes, scouting the world for hot new talent, and managing trades of key players from other clubs and overseas. At the same time you’ll need to keep the club’s board satisfied by performing on the field and keeping the budget under control, make sure the players themselves are happy, and set up on-field tactics.

On game day you’re able to adjust the strategy on the fly to take into account the strategies of the opponent, but again you won’t be doing any ball kicking yourself. Be assured that your decisions do determine the success of the team, though, and if you make poor ones you will be fired by the board very quickly. What I found really impressive is how accurately the game models the real-life reality that a good soccer team is built around a couple of key players, and needs to play to their strengths. You could have Ronaldo himself on your team, but if the rest of the squad doesn’t gel with his strengths, then you’ve little chance of getting consistent results. Success in Football Manager requires a keen understanding of the chess-like nature of the sport, and a love of the sport in order to understand what to look for in your teams.

It’s a niche kind of formula, but it’s the kind of rich, deep management experience that is an increasing rarity in our world of bite sized freemium games (especially on iOS). You’ll sit there pouring over statistics and tables, looking for the ideal balance of players and form to generate those all-important results. 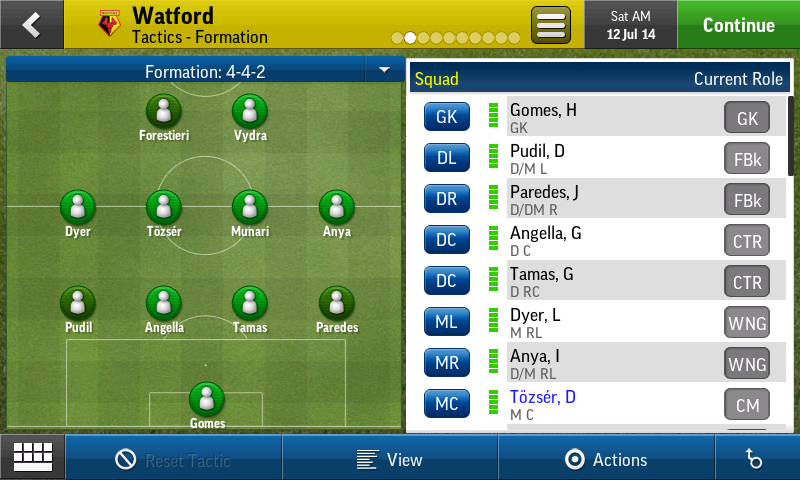 There are some corners that have been cut to make the game squeeze on the iPad, when compared to the PC version. Most obviously there are no 3D highlights of matches. Rather there’s a couple of dots that move around the screen like a cheap flash animation. The visual aesthetic of the game is hardly the point of Football Manager, but I compare this aesthetic to something like Nintendo Pocket Football Club, and while this game is the more detailed (by far), I was far more attached to my team in Nintendo’s offering because I could see them running around the pitch.

There’s also no music to speak off. On one level this is a good thing as the game actually looks like a work spreadsheet so you’ll be able to have it going in the office during work hours and not draw any attention. On the other hand it’s disappointing to see how limited this game is an enhancement over last year’s iOS effort. Roster update aside there’s not a huge reason to invest in the game all over again.

I can’t speak highly enough of the game overall, though. It’s not accessible, and doesn’t try to be. Football Manager 2015 is there to appeal to people who are such big fans of the beautiful game that they actually care about what happens off the field, and you’re not going to find a better simulation of that behind doors “action” than this game.