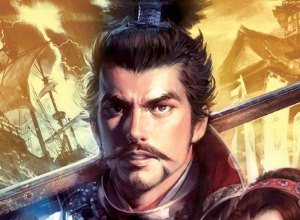 Under no threat to life or livelihood whatsoever by any of our DDnet staffers, or say, Editor-in-Chiefs, I share with you exciting news about the most excellent Nobunaga’s Ambition: Sphere of Influence. Absent for years from the Western market, the franchise was finally brought back past September in celebration of its 30th anniversary in PS3, PS4, and PC flavours. The game is set during de Sengoku Jidai – a famous era of internal strife in feudal Japan – and sports a deep and immersive turn-based strategy experience along the lines of Europa Universalis or Civilization.

For those of us who haven’t yet had a taste of the game, Koei Tecmo Europe has announced a “four-day free-play event” on Steam. As the description implies, the game will be playable for free between 6PM GMT, November 5th; and 9pm GMT, November 8th. Moreover, from the start of the free-play event until 6PM GMT on November 9th, the game will receive a €10 discount, and the DLC scenarios a €1 discount, bringing their price down from €2,99 to €1,99.

As a huge fan of the Shogun: Total War subseries, I was surprised Sphere of Influence managed to slip past my radar, and I’m happy KT is giving me the perfect opportunity to redeem myself in the eyes of the Emperor (and my colleagues).

A Digitally Downloaded poll! Will you try out Nobunaga’s Amibition: Sphere of Influence during the free weekend?