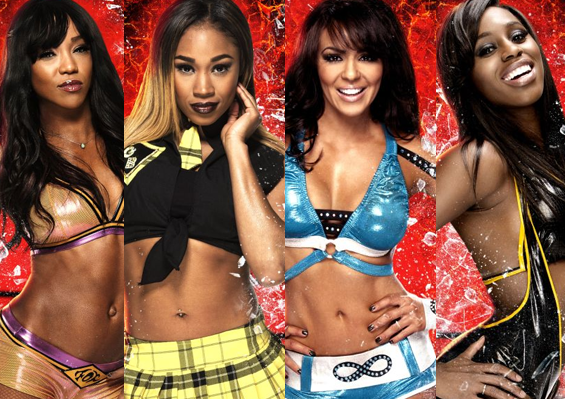 WWE 2K16 rights many of the mistakes that showed up in last year’s game. The end result is an entertaining title that still has some room for improvement, but by and large offers redemption for a series that was in need of strong release this year.

It is always a dicey affair when you have an annual release that has fared well on the last generation of hardware, because that first year on the new console generation generally brings hiccups with it as well. We see this in sports titles most commonly, and WWE 2K shared in some of those familiar growing pains last year.

Laat year there was a lack of creative features. The one before that, WWE 2K14, got so much right at the end of the last console cycle, providing a tonne of different options for those looking to create an area or storyline, that last year’s options felt incredibly sparse by comparison. Most of those old options are back, so now you can spend ridiculous amounts of time crafting your own arena using templates but also providing a good deal of flexibility so you can apply your own personal touches to it. In particular I spent most of my time with created wrestlers in the career mode. 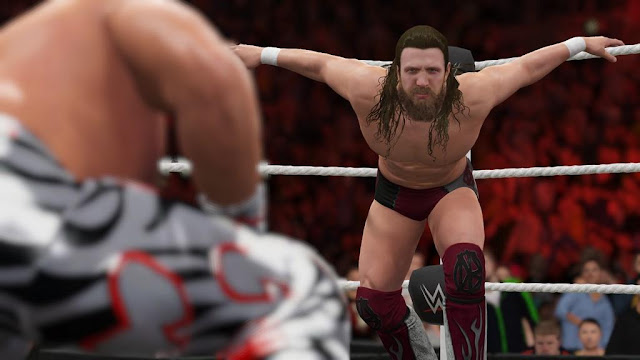 Here you start off as a relative no-name trying to battle your way up for the NXT championship before getting a chance to strut your stuff in the Smackdown and Raw ranks. Your character starts as a blank slate with little talent, but you will quickly earn some upgrade points, and start to build the wrestler of your dreams. If you have a specific style, you can try to leverage that early on, but I went about putting points into a little bit of everything.

The scope of the career mode is also greatly improved. Instead of just trying to manage a year in the life of your wrestler, you get fifteen to make the most of. There is a Hall of Fame tracker which allows your wrestler to ascend to hallowed heights if you manage to complete three minor or one major condition. Major conditions involve things such as number of belts held or hanging onto a championship for a full calendar year, while minor ones tend to be of lower difficulty – such as acquiring a single type of belt.

What really drove the experience was the ability to put your own stamp on the wrestler’s story. You can create rivals, positioning your character as a face of the franchise – or perhaps playing the heel is more to your liking? Post match interviews give you a chance to shape your character’s reputation based on the answers you provide, while alliances can be formed and rivalries created along the way as well. Want to show up the competition with your own entrance to each mach? You can craft one, right down to lighting effects, music, pyrotechnics and how your wrestler walks down the ramp and enters the ring. 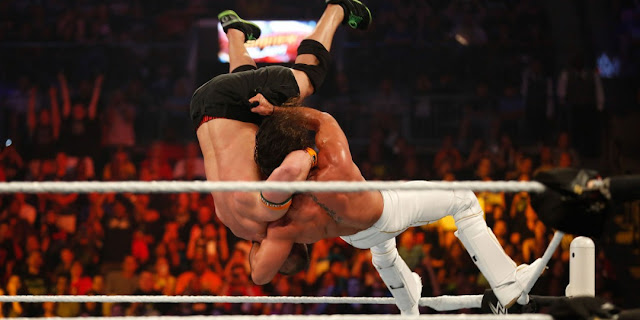 This mode alone was enough to make WWK 2K16 entertaining, but there are more. WWE Universe has you creating matchups and rivalries, assigning stars to all kinds of different shows. Basically, you are the man in charge and you are fashioning the wrestling universe to your liking. If you’re interested in reliving some of the biggest moments in wrestling history, the 2K Showcase not only serves as an opportunity to do so, but provides unlockables (of which there are lots in this game) for successful matches. With over one hundred wrestlers on the roster, there is no shortage of characters to try out in a variety of different formats.

So how about the wrestling in the ring? Here is where things are improved, but could still stand to receive a little more polish. Thankfully the unlimited reversals from beforehand are capped now, making matches more entertaining than the slow slog they could turn into last year. Moves generally perform well and hit detection is solid, though it does get a little hit or miss (literally) when pulling in outside objects or working with caged matches or tables when the action spills out of the ring. The presentation has a handful of issues as well. While the commentary itself is adequate, it is nowhere near as good as what you get from some other sports titles, including 2K’s own NBA 2K16. Additionally, the commentary suffers from some occasionally chopped off sentences and announcers who sound like they are both talking about different matches at times. Visually character models look great on their way to the ring, and characters animate smoothly, but the character models in the ring sometimes do not look as good as they did walking up to it.

WWE 2K16 is a return to form for the series, and it is great to see that the development team has managed to right the ship. With such a huge roster and numerous, deep gameplay options, there is easily enough content in here to hold over wrestling fans this year. The actual action in the ring is much improved, but there are some edges that could be smoothed out in next year’s iteration.

There’s no reason not to try Nobunaga’s Amibition: Sphere of Influence this weekend