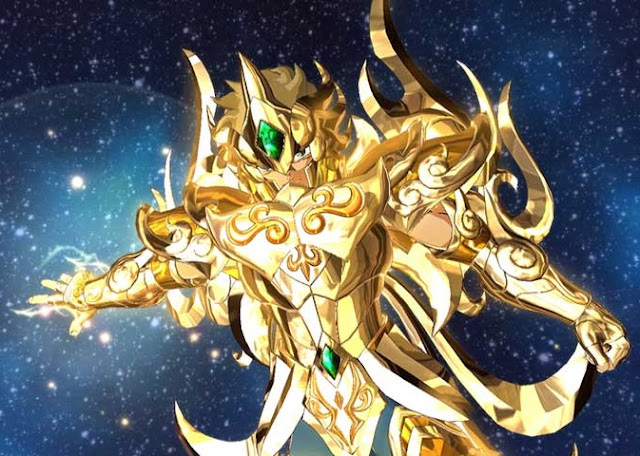 Saint Seiya: Soldiers’ Soul offers a solid story for those who are either tremendous fans of the anime, or even those who have no experience with its tales and are relatively curious about what the fuss is. There is a lot of story here, which is great. Unfortunately the combat itself is fairly mundane, leading to an experience that really has very little middle ground appeal to it.

The thing is, if you are like me and you are familiar with Saint Seiya, the story does not really bring anything new to the table. It is fun reliving some of the bigger story arcs, and the span of time covered within the game’s story mode really is impressive. There are still fighting games with better narratives out there (BlazBlue springs immediately to mind), but credit is due to the developer for making sure that what people loved about the anime remains in tact in this game. In fact, some might argue that the game spends too much time on cinematics, as often times it feels like a series of small movies with fights sprinkled in to break up the pace. For me, this was a welcome reminder of what the series was all about.

Take someone else like my son for example, who has never played a Saint Seiya game or watched the show. He is a big fan of anime and thought that this was a good way to catch himself up, because the game covers so much ground. He is also a fighting game enthusiast, and while neither one of us came away terribly impressed with the actual combat mechanics, they were serviceable. The last test for me was both of my daughters, who like a handful of specific animes and both can stand some fighting games but not all. Both gave this one a try and both came away disinterested. And I believe that is a good reflection that Saint Seiya: Soldiers’ Soul is going to appeal to select groups at the opposite ends of the spectrum, but not resonate very well with everyone in between. 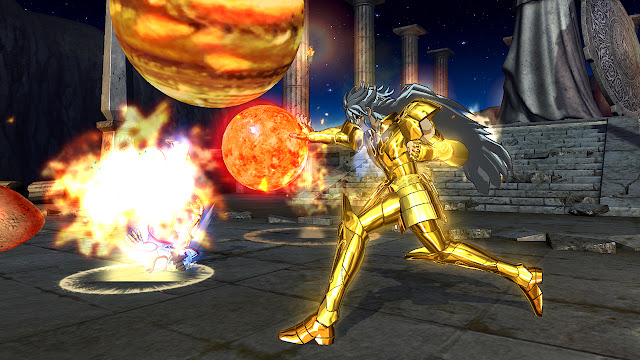 It helps that while the graphics are anything but a technical marvel that puts the PlayStation 4 hardware to full use, they are clean, bright and detailed. The characters fare considerably better than the environments, which are truthfully rather bland and static most of the time. It is a respectable effort to emulate the anime from a few decades ago, but having recently played the new Transformers: Devastation game, we are getting to the point where even tie-in games can’t get away with cutting corners.

The problem is, this is a fighting game, and nothing about the fighting mechanics is remarkable in any particular way. The game offers open arena 3D combat, which we have seen become popular in other anime-style titles such as J-Stars or Dragon Ball Z. In these games you are not locked onto your opponent, which means that as you attempt to mash buttons, there is a good chance you are simply going to slide right on past them as you execute a combo into thin air. Light, hard and jump buttons make the meat of your options, though some additional ranged attacks and a Big Bang move at least give you some additional sizzle when you fire them off. Thankfully there is fast and frantic action in the combat that suits the source material well, but the execution simply lacks depth. Perhaps the over abundance of cut scenes helps in this instance, breaking up what would threaten to be a bland button mashing experience. Nothing is fundamentally broken, and the pace of the combat is fine. The potential for a solid if unspectacular fighter is here, but it is not honed well enough to be considered anything more than a button masher.

The two best hooks that Saint Seiya: Soldiers’ Soul has to offer are in its unlockables and the multiplayer component. You can play online or locally, which always makes any game infinitely better. My son and I had a good enough time chasing one another around the arena waiting for an opportunity to pull of a stylish super powered combination or move. Proper gloating always ensued. Also, with the currency you earn through playing, you can unearth plenty of music, art and more. This combined with a solid roster of characters, there is plenty of reason to come back time and again if the fighting style does suit you. 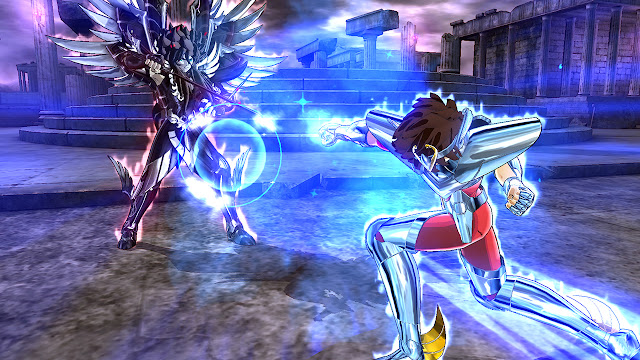 That is probably the biggest rub, however. I really would have enjoyed combat with more depth to it than this. Saint Seiya: Soldiers’ Soul is a great way to learn about or remember the anime, and a variety of modes and collectibles add mileage to the game. At the end of the day however, it is also meant to be a fighting game, and the combat is simply too bland to really get the most out of the experience.

Review: One Upon Light (Sony PlayStation 4)