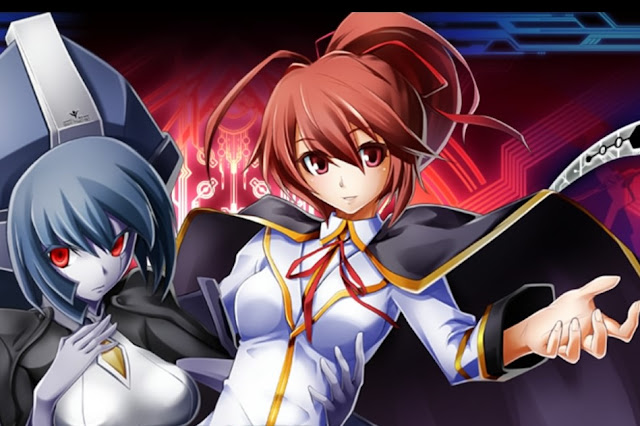 I am terrible at fighting games. I watch what happens at events like EVO and shake my head in shame, knowing that I will never even come close to that kind of level of skill. Too many button combinations, too much speed. I’m a JRPG player, damn it, I like having time to think about what I’m doing.

That being said, I do have some pet favourite fighting games. Dead or Alive is, of course, one that I have a very soft spot for, and that’s because I get to indulge my inner otaku in playing it (and, jokes aside, it’s a highly accessible fighting game that a dunce like I can still get good enough at to feel good about myself).

What I bet you wouldn’t have expected me to have as a pet favourite was BlazBlue. This is a 2D fighting game (always a sign of something hardcore) that is about memorising ridiculously complex button combinations and executing them frantically. Everything about that premise should suggest that this is not the kind of game for me. 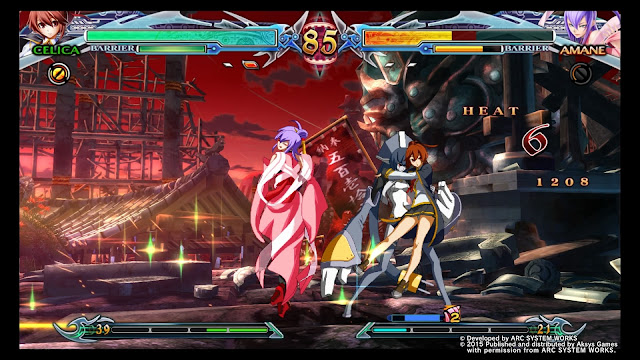 And despite playing a couple of these games now (both on the Vita and PlayStation 3), I remain terrible at BlazBlue. Anything beyond the lower difficulty levels and I struggle to win consistently, and I’ve given up with being much good online. I even got my wife to deal with a couple of story levels when I was trying to get through it all for this review, because I got stuck, and she’s better at fighting games than I am.

So why on earth would I be enjoying a game like Chrono Phantasma EXTEND so much? The answer is simple; I like the narrative. It’s a mass of anime cliches, to be sure, but with a plot as in-depth as any visual novel, the fact that those cliches come together to develop characters and show a sense of lighthearted humour to balance out the challenging fighting system is genuinely appealing stuff.

For people who haven’t played BlazBlue games in the past, then you’ll be really thrown in the deep end with this narrative, and you’ll find yourself almost immediately inundated with all kinds of sci-fi jargon, titles, and names, that won’t make a lot of sense. Luckily the developers anticipated this, and provide optional summaries of previous games’ events to get newcomers up to speed. From there it takes a while to adapt to the obsession that the game has with ranking characters by power. Every couple of lines of dialogue involves some kind of comparison between important characters by how powerful they are compared to one another. 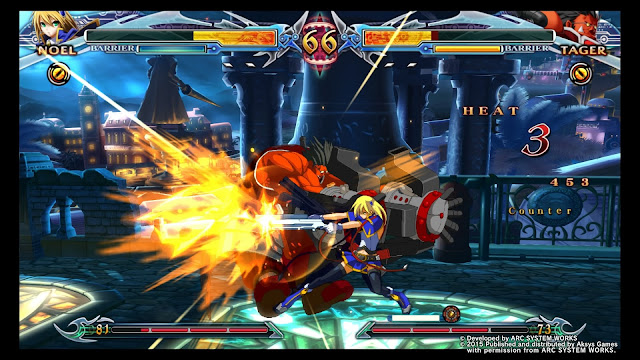 Anyone who spends much time watching or reading young teen anime and manga, such as the Jump franchise, will be familiar with this quirk of Japanese popular entertainment storytelling. Japan is a country with a rigid caste system, and moving up and down the hierarchy of society is a big deal (and source of much drama). There’s a certain grating side to this, as someone who has watched a lot of these kind of anime and read a lot of manga, but that’s just a bit of burn out talking.

What this narrative structure is good for, however, is character development. When a supposedly weaker character is able to defeat a more powerful enemy, then there’s a classic underdog story right there. When its characters at the top of the hierarchy battle it’s like a clash of the titans. Having this ranking system internalised within the narrative presents simple, but effective character motivation and development, as they move through the ranks. It works, and it’s certainly left me with my favourite characters (or character: Noel. I mean, c’mon, it’s me we’re talking about).

For the story mode the developer has also wisely included a “easy controls” option, which allows beginners (or people who will never be good at fighting games like me) to execute flashy combos and the like far easier than under the proper control scheme. This allows people to get stuck into the story mode as a first point of call, pick out some favourite fighters, and then swap over to the more serious controls and practice mode if they want to take things to the next step and start competing online and the like. With the story mode being quite extended, it’s possible to get value for money just working through that, though obviously the more serious players will get so much more from delving into the score attack and online modes. 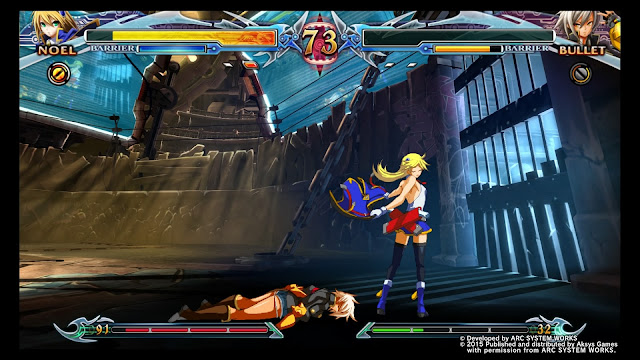 This PlayStation 4 title is, as the name suggests, an extended version of the PlayStation 3 game. There are a couple of extra characters, but otherwise the game remains much the same, with some minor tweaks to help it be the superior version. Unlike some other remaster games it doesn’t look much better than what we saw in its predecessor. BlazBlue was already a gorgeous game, with the most breathtakingly beautiful animation that you’ll see in a 2D fighting game, but I couldn’t help but be disappointed that during cut scenes, when the art zoomed into a single character, there was a very slight fuzziness to the character outlines and art that I would have loved to seen made more crisp for this version.

Related reading: BlazBlue fans might want to also check out the visual novel set in the universe, XBlaze Code: Embryo.

Otherwise, BlazBlue remains the slick, fast, competitive and vibrant fighting game that we saw in previous versions. As with the other fighting games that I like I would love to see this franchise expand out – I think Noel would be a wonderful lead for a JRPG, for example – but as the talented team at Arc System Works continues to produce fighters of this quality, and continues proving that fighting games can indeed have interesting narratives supporting them, I’m not complaining in the slightest.

Oh God it’s happened: Risette from Persona 4 and Hatsune Miku have come together

You might have played the Citizen Kane of games, but you probably ignored it