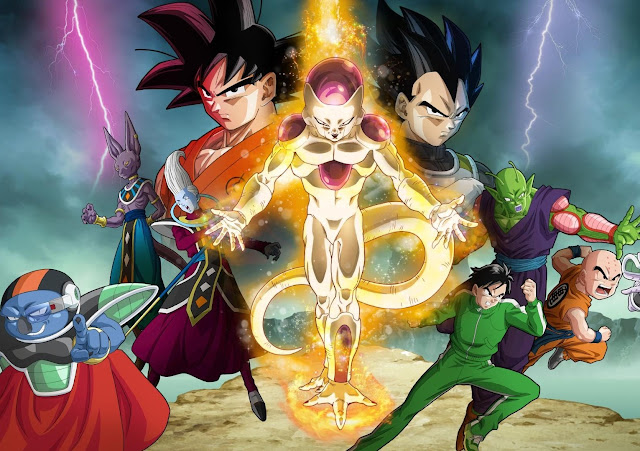 Dragon Ball has seen its fair share of feature-length films over the last couple of decades. The actual quality of these endeavours has been as sporadic as a dice roll; any number of factors from the director to the budget to the storytelling ambition have spawned both solid action movies and truly dreadful slugfests. As the second film prominently overseen by franchise creator Akira Toriyama, Dragon Ball Z: Resurrection ‘F’ proves that there might just be a winning formula for the franchise.
That’s just as well, too, because between this year’s Dragon Ball video games and the recent TV debut of Dragon Ball Super, Dragon Ball Z: Resurrection ‘F’ feels more like the charismatic ambassador for a large-scale franchise reinvigoration than another run of the mill action flick. Resurrection ‘F’ arguably achieves for anime what The Avengers did for western cinema; it might not reinvent the storytelling wheel but it represents some of the finest action and comedy on the AAA end of the spectrum.
The tale kicks off when one of anime’s most iconic desperados, Frieza, is resuscitated by his lackeys. It’s a shame it took his goons so long that Frieza escaped Hell in a previous film, but I suppose having Toriyama around to legitimise this film with the “canon” stamp has the perk of making this previously dabbled-in plot point feel fresher. Nevertheless, the purple-headed menace decides to exact revenge on Goku for besting him and trains vigorously for the rematch decades in the making before promising to destroy the earth. 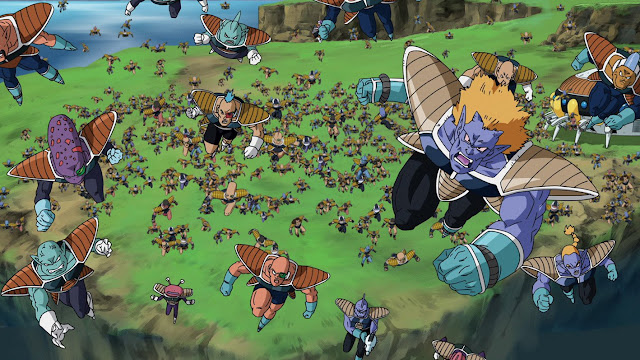 In typical fashion, however, Dragon Ball Z’s latest has a lot more fun toying with the threat of the earth’s destruction and the bereavement of its heroes than genuinely musing over the consequences. The film devotes the bulk of its runtime indulging inter-character banter and a slew of witty one-liners that reflect this with a degree of sarcastic nonchalance at times. Just about everyone is granted their fair time to shine; Vegeta flaunts his temper, Bulma spews verbal venom at troublemakers, and even Krillin earns his wife’s respect. All these winks and nods to the franchise’s history enrich the barebones narrative.
Building up to the Frieza versus Goku main event is one key action sequence in which the fighters of Dragon Ball’s past and present face off against Frieza’s army of 1000 soldiers. It’s painfully clear that only Goku can save the day and the power-starved supporting cast actually acknowledge their fate as his personal stall group. Inconsequential punches and explosions abound, but they serve a broader purpose in reminding the audience why everyone fell in love with the Dragon Ball universe’s expansive cast in the first place.
Resurrection ‘F’ channels the comedic spirit of the franchise in a way that past movies (besides Battle of the Gods, which was also overseen by Akira Toriyama) have failed to. This being a series teeming with demigod titans that can disintegrate planets or revive the earth’s population through consequence-shattering MacGuffins (the titular wish-granting dragon balls), that’s a prudent choice indeed. Resurrection ‘F’s light-hearted, gag-reliant plot works wonders because the stakes are so overblown at this point that there can’t be much worth getting worked up about. 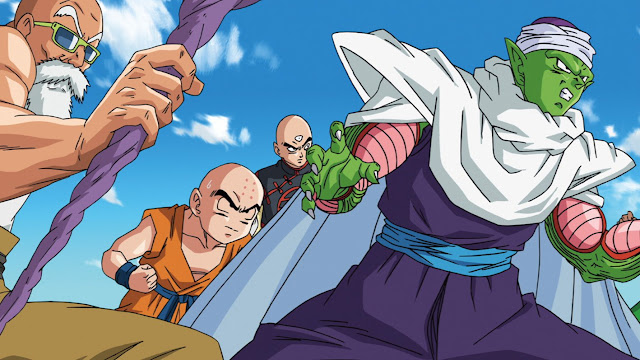 And the gags went over exceedingly well with the audience around me. Perhaps every last parent and child that tuned in was a hardcore Dragon Ball fan so as to appreciate all the references and jokes, but I honestly haven’t heard so much consistent laughter from an audience in all my years of movie-going. That’s no feat to scoff at given that this film doesn’t go out of its way to be accessible to non-fans of Dragon Ball. Case in point, Jaco the galactic patrolman (whose claim to fame isn’t even the Dragon Ball series) was the source of much giggling thanks to his charming quirkiness and cowardice that transcended the necessity of back-story.
Toriyama milks the absurdity of his world’s ever-expanding scope to comedic effect and, when the time is right, lets the cool action scenes be just that. They don’t overstay their welcome either, allowing the animators to pull off stunts that demand to be appreciated on the big screen. Goku versus Frieza feels brief, which is not a shot at the film’s pacing so much as a compliment aimed at the fight’s intensity.
Were the film not so brazenly facetious, its plot would be ripe for the picking. Goku originally bested Frieza when his trump card was an unexpected evolution into a super saiyan. That same Frieza was soon strung back together and powered up as a cyborg before being unceremoniously hacked to bits by a youngster weaker than Goku. Despite having achieved two further evolutions of the super saiyan form and an enhanced form of god status after literal years of training, Frieza is suddenly able to compete against Goku’s modern achievements (at such a level that their contest can warrant its own movie, mind you) because he trained for a few months after never having done so. This speaks volumes about the power scale (or lack thereof) in Dragon Ball at this point. Could the universe bear the strain if similarly untapped villains like Cell and Majin Buu got revived and hit the weights? 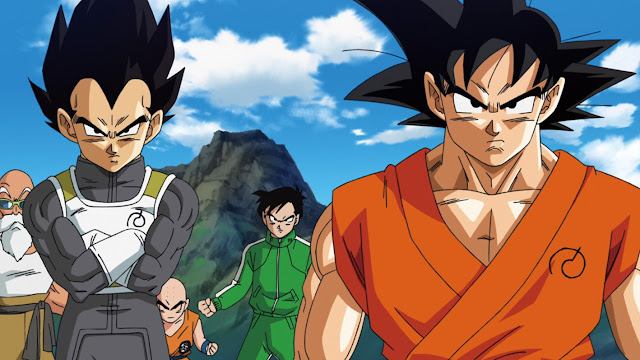 But every lapse in logic is forgiven in the face of the film’s laugh-out-loud, fan-pleasing script that never strives to be rational. Dragon Ball Z: Resurrection ‘F’ is utter rubbish – lavishly produced, self-aware rubbish of the highest order.

DDNet does Japan! Day #12: Loot from Japan the second!