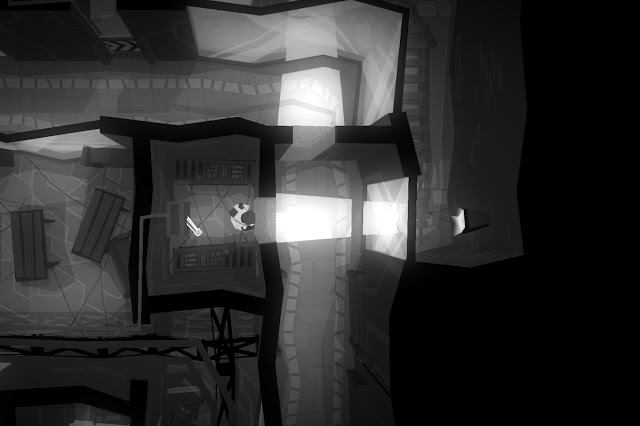 As Homer Simpson once said; “the light, it burns!” and in Once Upon Light, the light burns so intensely you die. It’s not a game that will lead you to enlightenment (see what I did there?), but you’ll have a good time nonetheless.

The game is displayed entirely in black and white, and is set in what appears to be an underground science factory. There, your character must make his way around while avoiding the heat lamps of death. There isn’t much of a story going on here but from what I gathered, something bad has happened in the lab, which has been caused by one of the scientists who has some evil plan. Playing as a (different) scientist, you would think that he’d be able to whip up something to protect himself from the lights of doom, but I digress. The layout of each level is very simple to follow, with a clear path to get through to the end of the level and that helps makes it fun to play. Too many puzzle games seem to delight in trapping players at a point where they’re confused about what to do next, so it’s nice to see this game, at least, provides direction while also testing the logical skills.

As a maze-type puzzler the goal in each level is as simple as getting from point A to point B while avoiding the light. In the beginning the puzzles are simple as you would expect, and you’ll have your scientist fellow walk around and past stationary lights. But that doesn’t last long, and the lights start to move, and the difficulty increases very quickly with other, supplimental traps being thrown in for good measure. As you progress through the first few levels you get accustomed to using different mechanics such as levers, triggers, doors and so on to help you navigate through the labyrinths. 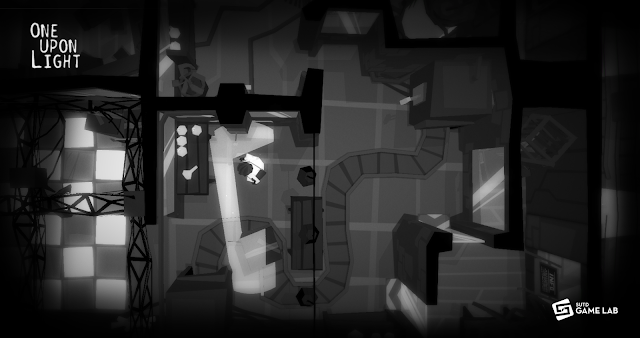 Once Upon Light does a good job of introducing new ways to use the same mechanics in each new level, rather than using the same type of puzzle over and over again. It removed some of that tedious puzzle work that you can come across in other examples of the genre. I liked how every single level had some type of new way to solve a puzzle, and making you complete a whole range of different tasks to get through to the end of each level. Of the 21 levels that are included in the game I didn’t come across too much more than once, and as some of these levels could take me upwards of 15 minutes to complete there was plenty of raw content in there to justify some solid play settings.

How you time your run is key to completing each section of each level. If you are off by even a split second your scientist will melt in the light of death and this structure therefore mandates a lot of trial-and-error play. On mechanical level, the movement could have been a little smoother to help with the timing of your runs as I felt that sometimes I’d fail more because the controls caught me than poor planning on my part.

That being said I did have some problems that I came across with the game. Even though the puzzles were challenging, I felt at times that the developer tried to pack too much into a level and they could drag on. Casual players may find they don’t have the time for some of the more difficult levels and I do see a lot of people giving up on this one well before the end. I also felt that the art style didn’t help the experience, and that a single colour could have helped to differentiate between the some of the different types of shadows that would form some of the more complex puzzles. 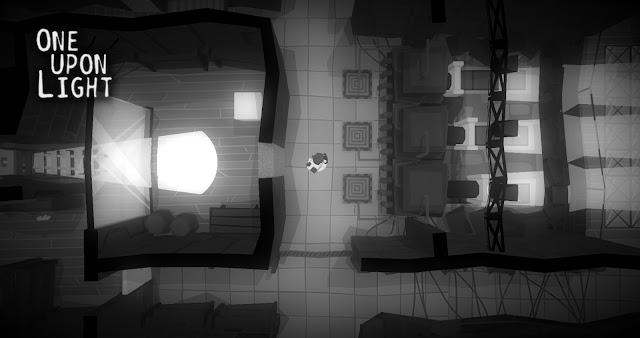 I had a really challenging time playing Once Upon Light, and it was enjoyable for that, but at times I felt some levels were too cluttered with content. Hardcore puzzle fans should have an enjoyable experience, but this one isn’t really something that more relaxed players will get into.