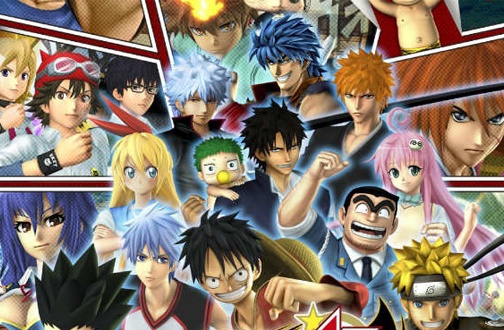 I don’t generally write my reviews considering what a game is not. After all, my job is to consider what is in front of me, rather than create a wish-list for a game that doesn’t exist. But I think with J-Stars Victory VS what the game is not is relevant, because it speaks of one of the most painful examples of missed opportunities that I’ve ever encountered.

The core idea is brilliant, and could easily fuel a classic game. It’s pure fan service stuff in which some of the most popular characters from a wide range of different Jump manga franchises (including, but not limited to, Rurouni Kenshin, One Piece, Jojo’s Bizarre Adventure, Bleach, Dragon Ball, Assassination Classroom, and Fist of the North Star) beat one another up across a wide range of arenas taken from those same settings. You’re probably thinking of that this concept sounds something like Smash Bros., right? I wish. It would be spectacular as a 2D party fighting game in which players would simply get to enjoy their favourite characters in an uncomplicated format.

But no, J-Stars Victory VS is more like those 3D Dragon Ball fighters, where players move around a large 3D arena looking for their opponents, before locking on and whaling away at one another. This is the first problem. I know those Dragon Ball games are getting better over time, but they all share the same problem that they’re not as accessible as they really should be. J-Stars Victory is the same. Although there are only two attack buttons, there is also blocks and dodges that you’ll rely on heavily to avoid getting caught in chains of enemy attacks, and then there’s a strong version of each attack button, which can be used to attack a wider area or break your opponent’s guard. 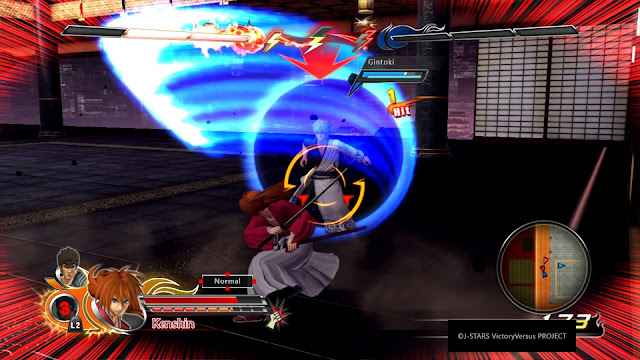 Then there’s super attacks, support attacks and yet another button to run around like a madman. Because the action is quite snappy, J-Stars Victory VS is a surprisingly unfriendly fighting game for newcomers, and I think that’s a misfire. It’s possible to build a game that offers enough to be competitive while remaining accessible. We know this is true because Smash Bros. exists. And for a game that is so fan service-heavy as this one, it would have been nice to have something that a group of Jump fans could get together and have fun with without having to go through the laborious process of learning how to play first.

Equally, though, J-Stars Victory VS isn’t Dead or Alive, Tekken, or Street Fighter. It’s not the kind of game that professional fighting game fans will get much long term value out of. Assuming they’re a Jump fan they’ll enjoy the narrative and characters enough to complete it, but the combat system is hardly the kind of complex system that will hold their attention over the longer term. As a result J-Stars Victory occupies an awkward middle ground where it lacks the instantly accessibility which its character mash-up roster would suggest it should offer, but then lacks the depth of combat system to appeal to the serious fighting game fan.

It’s also frustrating that the game was developed by Spike Chunsoft. This developer is a specialist in telling stories, so to have it have to work around a nonsense universe that brings all the Jump characters together, then stick it in a fighting game structure, was always going to be a tough ask. Spike does the best it can with the material, but this was never going to offer a classic narrative, leaving the core strength of the developer underused. We’ve seen fan servicey JRPGs work too with the likes of Project X Zone, and taking that direction would also have been a better path to go down in utilising Spike Chunsoft’s talents than what we got. 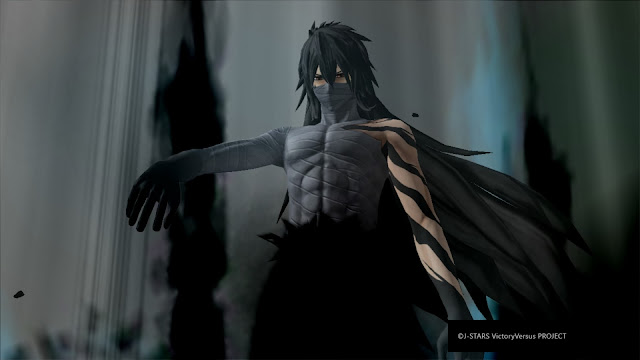 Further exasperating this disappointment is the way the narrative is presented. There’s an overworld to travel around, side quests to complete, and places to visit to further the actual plot. It’s very, very simple, but it offers all the basic structures that you’d expect to see in a JRPG. Characters can also level up as they fight, and this all raises the question: if the developers wasn’t going to make an accessible fighting game, then why not do an JRPG? A Jump Stars JRPG would be the kind of fan service that so many fans would have loved to get behind.

For all the confusion around the game on a thematic and design level, it’s presented nicely. The characters are all rendered into 3D models well, and though the variety between their combat styles is surprisingly limited, they do each have special attacks that are quality visual representations of their anime/ manga selves. As a fan of Bleach I loved seeing Ichigo summon his “hollow” self to wreck havoc on his opponents. Hurting the presentation however is a very poor camera and a lot of scenery in each arena that the camera likes getting stuck behind. It’s nothing that can’t be managed, but it it’s yet another example of how this game’s execution lets down the game’s potential.

J-Stars Victory VS is very playable. But, when you consider that the entire purpose of this game’s existence is to act as fan service, the fact that it fails to offer the kind of fan service that would have had fans clamouring for it is incredibly disappointing. There are so many directions Namco Bandai and Spike Chunsoft could have taken Victory that to produce a merely playable brawler is just not good enough.