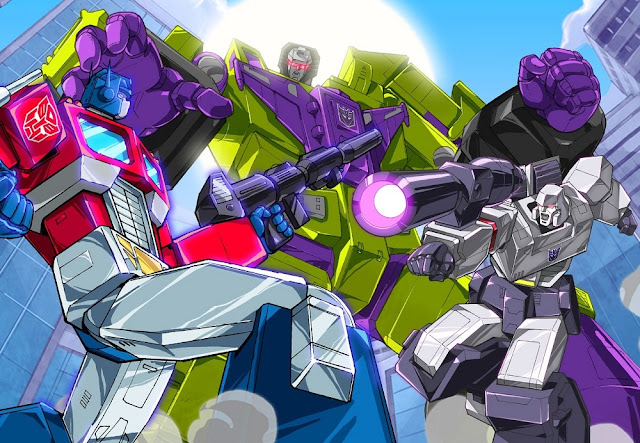 Most of this review of Transformers: Devastation is going to be a rant. It’s a rant I have wanted to write for a very long time, because I have needed a game like this to be the catalyst for pointing out every single thing that has gone wrong with the most painfully mismanaged franchise in human history.

Related reading: This game is very similar to Platinum’s Bayonetta and Bayonetta 2. Check out Matt’s review of the sequel here.

Anyhow, I digress. Point is, as a kid who was going to grow up to be the anime and Japanese games addict that I am today, Transformers was appealing to me on an instinctive level that I wasn’t even aware of at the time. Because Transformers was the most similar thing we got to anime, as kids and before Pokemon was a thing, back then. Brightly coloured robots beating down on one another while turning into awesome cars and trucks (and Bumblebee) was fun, funny, and wildly entertaining for the same basic reasons that stuff like Gundam is entertaining. Then, years later and after anime came to Australia in a big way, Michael Bay happened and I have been sad ever since. 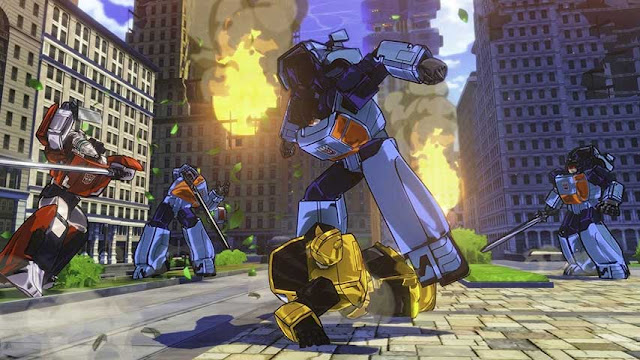 It’s not that the Transformers films, which have become so emblematic of the modern approach to the franchise, are action-filled and dumb. I like dumb action, and in theory I should love a film in which Optimus Prime, wielding a big robot sword, charges into battle on the back of a robot dinosaur. No. My problem with Transformers now is how colourless and bland they’ve become. The bright colours and bouncy energy of the franchise I remember as a kid have been washed out in a bid to be “edgier” “more grim” or whatever other term Hollywood has focused grouped themselves into committing to.

But then Activision did something that I can’t help but applaud. In fact, as far as I’m concerned this is the best thing that Activision has done in many years; it gave Transformers to the mavericks over at Platinum Games. And in just one game suddenly that childhood has come roaring back. With interest. 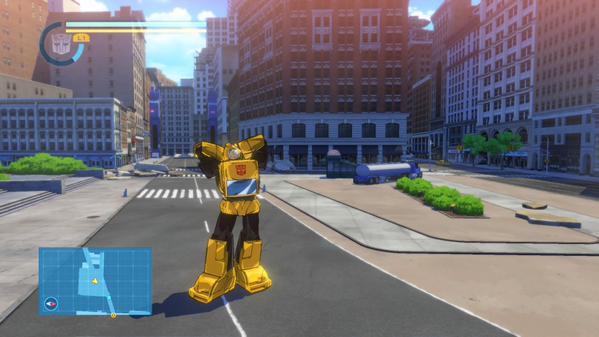 Transformers: Devastation is basically a skinned version of Bayonetta, and there is nothing wrong with that at all. It’s the same speedy kind of brawler that mandates that players make healthy use of the dodge button, and punishes those that try and button mash their way through. Its combo system makes good use of each character’s ability to turn into a car, and levels are filled with light environmental traps, puzzles, and hidden bonuses to navigate through and uncover. As with Bayonetta, too, there is barely a moment to breathe, with the action coming on thick and fast and the difficulty of those encounters ramped up quite significantly for anyone who plays on anything but the easiest setting.

There’s a nice loot and upgrade system, which gives you some control over the items and abilities that your character takes into battle (and allows for plenty of grinding for people who really enjoy their loot). There’s the odd side mission to distract players, though the focus is weighted heavily towards making progress through the single player mode. There are some deviations between Transformers and Bayonetta in some places, but the overall flow and gameplay style of the two is remarkably similar.

And that’s just fine because the world is so bright and colourful, and the characters so perfectly recreated from the kind of Transformers that I grew up with, that I found myself getting very, very nostalgic. When Bumblebee, my favourite character from the early cartoons, lays into Megatron in the first boss battle, I cheered a little inside. Bumblebee was always the useless character that I rooted for because he was yellow (my favourite colour), and the underdog. But there he was enacting my childhood fantasy of personally tearing Megatron a new one. 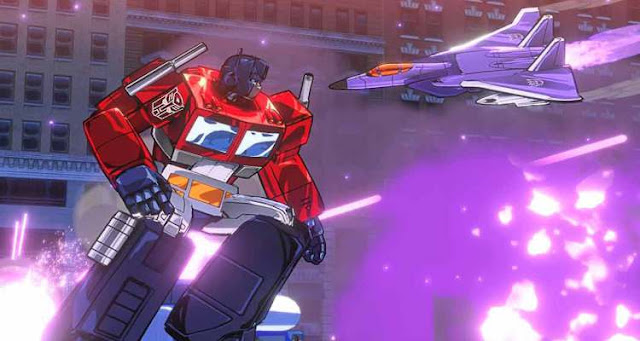 Each of the characters has a personality that is reflected both through dialogue and animation to be pitch perfect. Again to highlight Bumblebee, his “at rest” pose looks like he’s trying out for the robot version of a hunky man magazine, and that’s funny each and every time. So bright and lighthearted is everything that Devastation represents that time tends to fly by while playing it, which is something of a problem, because the game is not that long, but at least the difficulty level escalates enough that the replay value is high.

The “downside” to pinning the game’s fortunes to the nostalgic love of Transformers is that Devastation doesn’t offer the same rich narrative artistry and transgressive edge of Bayonetta. That’s not really a downside, since I’ve just spend the last however many paragraphs complaining about how Hollywood and its minions are butchering Transformers by making it go grim and edgy, but there is something less memorable and important, in this one as a consequence.

Otherwise, Transformers: Devastation is a pure form of fun and entertainment, and there are simply not enough games like this out there. I hope this is the commercial success it deserves to be, and Activision spins its rights to the franchise this way into the future.