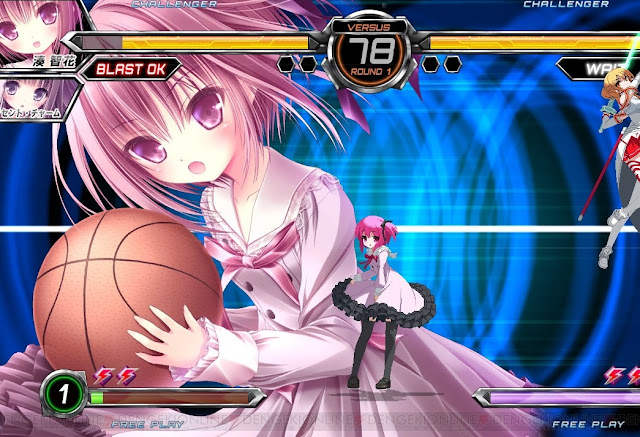 There aren’t many games making their way to the PlayStation 3 now, and we’re almost at the point where the sheer novelty of a new PlayStation 3 game makes it worth a look on that basis alone (especially when there is no PlayStation 4 version of that same game).

Sadly, Dengeki Bunko: Fighting Climax is one of the most bland fighting games I’ve played in some time. It’s functional, and mildly diverting, but it doesn’t offer anything that you can’t find in plenty of other 2D anime-style fighting titles, such as Persona 4 Arena or BlazBlue. It also suffers from a severe lack of content and, by the end of it, you’ll be left thinking you’ve been suckered into a very cynical and exploitative bit of work indeed.

The concept is neat enough. Developer French Bread has brought together characters from popular Dengeki light novels and thrown them into an arena with a couple of SEGA heroes. From Oreimo, to Sword Art Online and Toradora, there are some of the most popular manga and anime characters represented here, and they’re presented quite lovingly, with some highly detailed environments and slick animations showing off French Bread’s talents at their best. 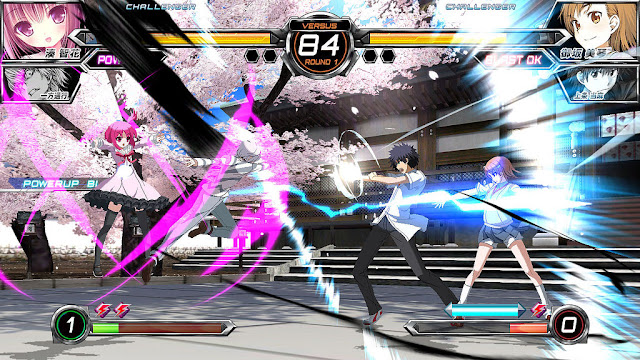 It’s also fan service without being the the kind of fan service that might offend. Similar to the likes of Smash Bros., Dengeki Bunko is an opportunity to indulge fantasy battles between favourite characters, but it doesn’t rely on the sexiness, legs, busts and so on to sell itself. In fact, it’s more moderate here than many of the anime it pulls from. Throw in the odd novelty stage, such as one modelled after Sonic the Hedgehog, and surely this game could only succeed.

Unfortunately this is not the case. The first issue is the lack of content. Dengeki Bunko has two takes on a single player story mode, and neither of which have nearly enough actual story to appeal to any but the most fanatical of fans… and even then they are going to be disappointed with how poorly the wafer-thin narrative does at accurately representing their favourite character’s personality and quirks. There’s online play (unfortunately already unpopulated), and a couple of other throwaway features that are instantly forgettable, and that’s about it. Games like BlazBlue and Persona 4 Arena have shown what is possible in this genre in terms of building on the base fighting engine to offer more in-depth features and a quality narrative, and while I don’t expect every fighting game to be up to that standard, I certainly expect more than what’s on offer here.

It doesn’t help that there are relatively few characters to choose between, and they’re not particularly well balanced. On the default (middle) difficulty setting I struggled to get anywhere with my favourite character in the cast (Kirino Kosaka from Oreimo), but I had no trouble with some of the others. So I just used them instead. It concerned me that I was able to button mash my way through the narrative on a mid-level difficulty setting with more than a few characters on my first attempt with using them, too. While there is undoubtedly depth to Dengeki Bunko’s systems and you need to put the work in to really master a favourite character, unless you’re going to really delve into the multiplayer there’s simply no incentive to work at it. 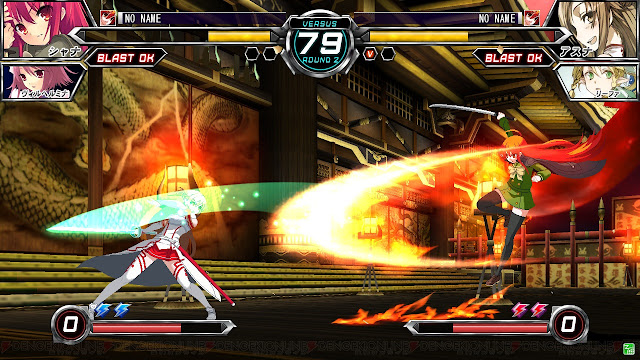 Related reading: Our DVD review of the Oreimo anime; one of the franchises represented in this game.

For people who do get hooked on the game there are “partner” and “burst” mechanics structured into the mechanics that help to add a strategic layer to the combo system, as both are limited resources in each battle. Unfortuantely because the balancing between characters is so far off, even when there are two evenly skilled players in multiplayer, winners are as often decided by character choice than not, and choosing a weak character will still put you at a disadvantage.

Sadly there just isn’t much more to Dengeki Bunko than this. It is an exceedingly limited, albeit pretty 2D anime fighting game, with very little appeal beyond the fact you can have the little sister from Oreimo beat up the Sword Art characters. While a fun concept, the modern fighting game needs much more than that.