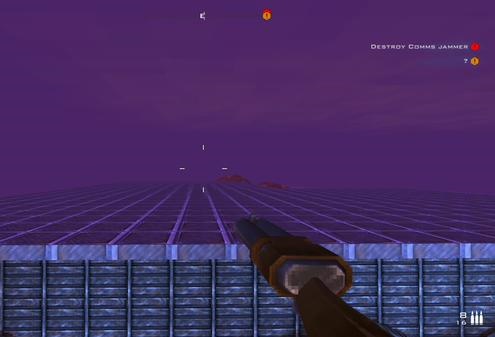 I know I’m critical of modern shooters, but I’m actually quite a fan of the classics. Back in the day I played the likes of Doom, Heretic, Quake and Goldeneye as much as anyone, so games that tap into that era appeal to me a great deal more than the stuff that developers and publishers spend hundreds of millions of dollars to develop these days.

And then there’s Bedlam, which makes me want to give up on games completely.

It’s an intriguing concept, at least. You get to play as Heather Quinn, who wakes up from a sleep to find herself trapped in a videogame world. Not only is she not sure how she got there, but it gets worse for her – she’s inhibiting the body of one of the baddies. So, somehow, she needs to try and escape when the only “people” to interact with are AI patterns, and they are universally hostile, at that. Then, as she starts to explore she discovers that she needs to move through a whole bunch of game genres, like someone stuck inside the Steam library from hell.

It’s actually a good set up, and against all odds (given what I’m about to write), it’s actually quite well written overall, because the narrative comes from a best-selling author, Christopher Brookmyre. The game is based on the book of the same name, and Brookmyre contributed to the script of this take on it. But despite being the best part of the game, the narrative isn’t even close to perfect, because the development team apparently didn’t realise that narrative is more than script. From the outset Bedlam suffers from some irredeemable narrative issues. Pacing is way off, with the level design sprawling well beyond what good sense would suggest a game of this magnitude should handle. 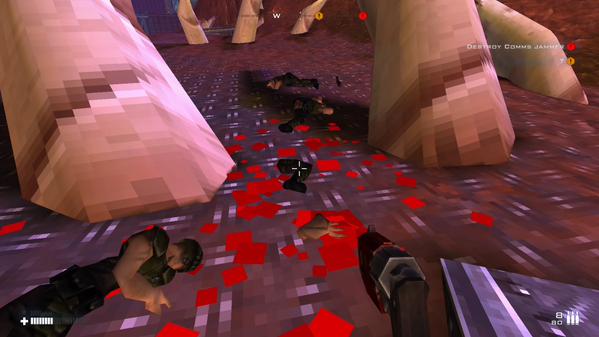 Effectively what Bedlam wants to be is a genre-hopping pseudo-parody shooter, but looking at other games that aim to work with the retro shooter format – Serious Sam or Painkiller, for example – Bedlam’s levels are far, far too long, and that means that tedium sets in. Once that happens, it doesn’t matter how good the scripting is, because it’s like reading a really long, really boring book with good ideas backing it; you know you should enjoy it, but getting through it is like having teeth pulled (I want to say “just like The Chronicles of Thomas Covenant,” but I’ll get a lynch mob on me for that).

The game tries to break things up between levels by taking players through a whole range of different retro game styles to play though. The first is based on Quake, but you’ll also play through levels inspired by medieval RPGs, right through to a Pac-Man style maze level. This is also a neat concept, and there’s even the odd moment where it changes up the gameplay just enough to be momentarily diverting, but at the same time, there is no precision with any of the ideas at play in Bedlam. The zombie section lacks the intense understanding of fear and horror that the best games in the genre have to work. The dark fantasy world plays like the Quake world with a different coat of paint. We’ve seen games that have been able to blend and flow between genres in the past – Nier springs to mind in going from action JRPG to visual novel and on to Harvest Moon-like farming game – but here the execution is messy, and I rapidly lost interest in actually progressing to the next level.

And then there’s the art style. Oh my that art style. If I was to take a couple of litres of whisky, drink them down in one go, and then try and re-paint the Mona Lisa, one of two things would happen. Either I’d be dead from alcohol poisoning before the paintbrush hit the canvas, but I like to think that I’ve had enough Japanese beer that I can handle anything. More likely, I’d manage to splotch paint around (more off the canvas than on), and I’d end up with something that still looked better than anything in Bedlam. 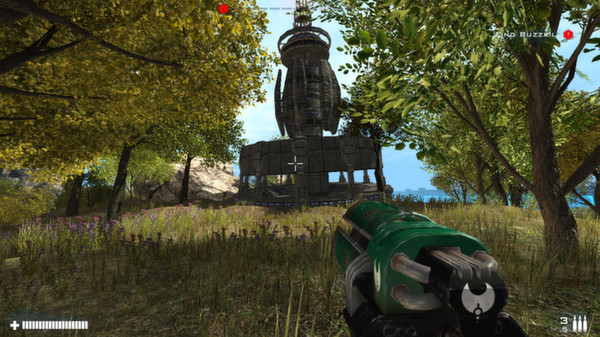 This game is aesthetically broken. I don’t just mean that it’s unattractive, or even primitive. I mean it’s actually broken. Colours clash without the slightest hint that the developer understands how the colour wheel works. Enemies meld into the background. When you’re standing on a high place you see a horizon that looks like something I could pull together by opening and immediately exporting one of those 3D Game Marker projects. Animations are wonky and the blurring of movement on the eyes made me feel more queasy than even the most primitive VR game has managed to do. I can appreciate that this is an indie project except… I actually can’t. Indies produce games of real, genuine beauty now, so utterly broken aesthetics are not acceptable.

What I describe there you might think only applies to the first level, which is inspired after Quake. “Okay,” you might think. “That just means that the developers didn’t quite understand how to properly do Quake, but later levels will improve the visuals, because they can have more detailed graphics and will therefore look better.” You’ll realise after playing Bedlam that this isn’t the case. Quake isn’t actually an ugly game, for a start. It is an incredibly well designed game that, from an aesthetic point of view, does everything right given the limited hardware it had to work with. So I wasn’t really surprised to see that later levels in Bedlam, even those based on much more modern games, still drag the bottom of the barrel in terms of level design and art direction. The remake of Shadow Warrior this is not.

Beyond the visual, Bedlam doesn’t really play well either. Regardless of which level or era you’re in guns have no weight and barely any feedback to them, and enemies attack in some deeply unimpressive hordes. AI is, as you can probably guess by now, almost non-existent, and bosses have a habit of being cheap to the point of complete irritation. 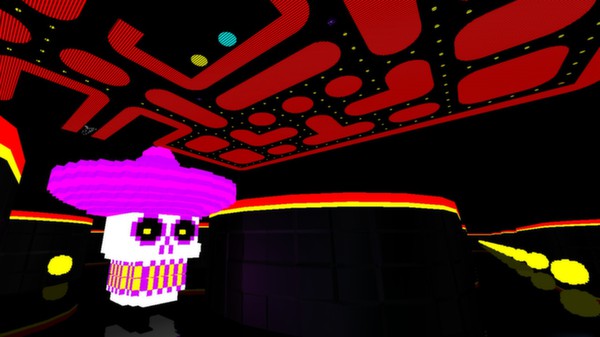 The one saving grace to Bedlam is that it doesn’t take itself seriously. There’s some nicely written self-referential humour in there. Sadly, Bedlam seems to think it is genuinely funny, rather than the actual joke, so some of the humour falls a bit flat in assuming that people want to play the game in the first place. It’s all a giant pity, as I could have enjoyed Bedlam. But nice concept aside, it’s many months worth of development time underdone.