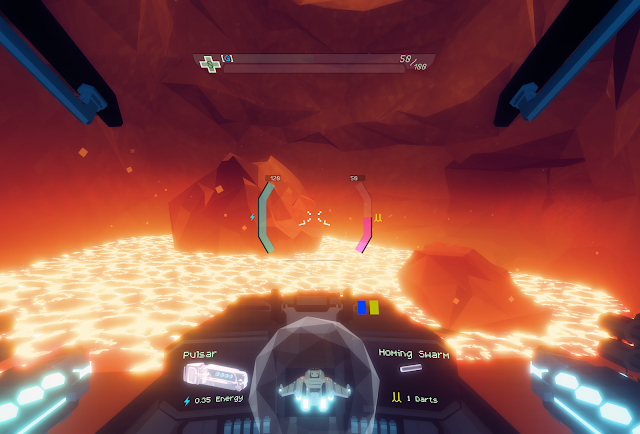 When I think of the roguelike genre, I think of dungeon crawling experiences. So it’s nice when a game breaks away from that expectation to offer something different. At its heart, Sublevel Zero is still very much a roguelike, but dressed up as a science fiction shooter by way of classics such as descent.

Dropping me into a ship with full 360 degree control within tight corridors, I was initially concerned that I would be frustrated with hour the physics-heavy aircraft would control, but in truth it handles quite well. You go zipping about in a variety of directions, using your solitary gunship to take out enemies, avoiding obstacles while gathering loot needed to craft the tools for survival. This basic backdrop gets the game started, and “basic” is something you’ll get used to, as there is no really story working in the background to contextualise what you’re doing.

Instead, Sublevel Zero hangs its hat on the loot loop that keeps you coming back for more. As you navigate the narrow passages throughout the game, linked not unlike a dungeon crawling RPG might be, you will encounter robotic enemies that will test your combat skills at all times, because your ship is rather fragile. There are others that can be purchased later that have variable amounts of armour, speed and storage size but in true roguelike fashion, the game will prove hard going, with only a few mistakes more than enough to send you spiraling into the abyss. 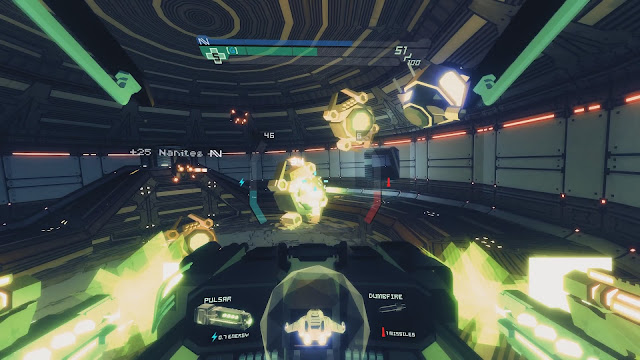 The real challenge is in the way your ship takes damage. Unlike in most modern shooters, were a couple of seconds away from the action will see your health jump back up to full, here there is no auto-regenerate for downtime, so you learn to dodge enemies and focus on avoiding damage. There are power-ups and health restores scattered around, but often grabbing them requires going into a room with another clutch of enemies to take on, and it can be a gamble to go after them as a consequence.

The graphics could be better on a technical level, but the use of colour is interesting and most importantly, it is easy to pick things out in the environment. There is a decidedly intentional use of retro/pixelated visuals for most of the primary ships and environments, but in other areas, such as lighting, more modern approaches to development are used to good effect. The music deserves a special call out, as it is incredibly catchy and something that stuck with me even after shutting the game off. It’s very retro styled, but retro game music, done well like it is here, is good fun.

The package lets itself down by an enormously irritating interface, however. The HUD is cluttered and messy, and though it doesn’t get in the way of seeing what’s going in the environment, it is still an ugly distraction. I can appreciate the developers wanted to create a strong sensation of being in an airship, but better games have done this will a less busy (or screen filling) UI. 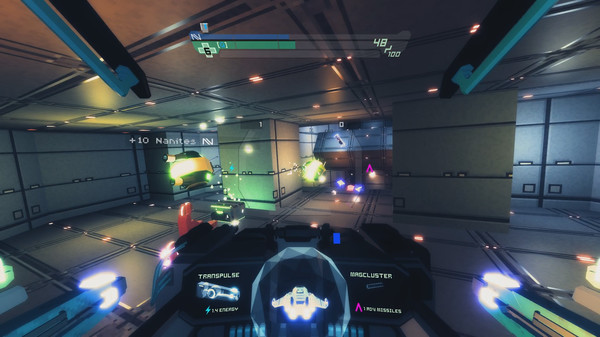 Related reading: Roguelike and the absurd, what dungeon grinding tells us about humanity.

Fans of Descent from way back when should have a pretty good idea of what to expect here, as it is very much a modern take on the genre – to the point where it could be argued as a spiritual successor. It plays well and does its job, but it’s also a thin package that doesn’t offer a great deal of substance beyond the endless loot grind.