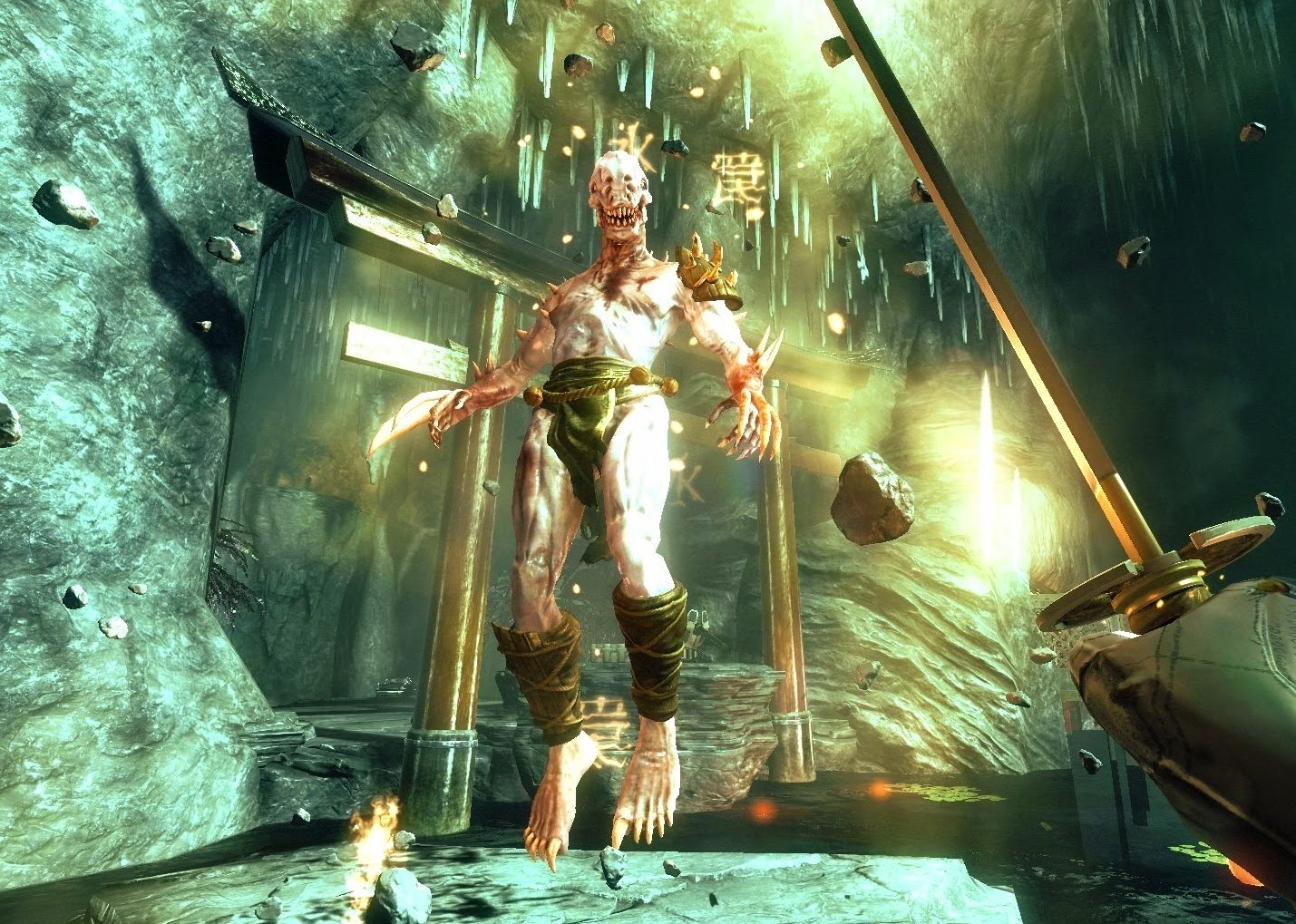 Whoever was involved in the visual direction of Shadow Warrior deserves a massive raise. There is no game that is more fundamentally beautiful on the PlayStation 4 than Shadow Warrior’s remake.

I found myself spamming the “share” button on the PlayStation 4 controller with every new environment I encountered. I’ve got something like 300 screenshots sitting on my PlayStation 4 hard drive. The sheer attention to detail in the game’s environments, from the water and lighting effects through to enemy design and the movement of the game’s hero, Lo Wang, makes for an adventure where the joy of discovery is a big part of the drive to progress. Purely on a technical basis this is the game to show off what the PlayStation 4 is capable of.

So it’s a pity that these artists were used to design a remake of an obscure FPS from yesteryear that was never that intelligent or mature. The original Shadow Warrior, the 3D Realms game released in 1997, was very much a game from the same developer of Duke Nukem; it was crass, it was rude, and it was in some ways insulting. Where Duke has been criticised over the years for its machismo and overt sexism, Shadow Warrior found itself in the centre of controversy over the insensitive way that it portrayed race. What was obstinately a parody of bad Kung Fu movies was, in many ways, a poorly-researched caricature of every Asian culture out there, and that offended people. The name of the hero himself, Lo Wang, and the innumerable wang jokes the game throws at players is a good summation of how crass Shadow Warrior was for the most part, and its remake is no different. 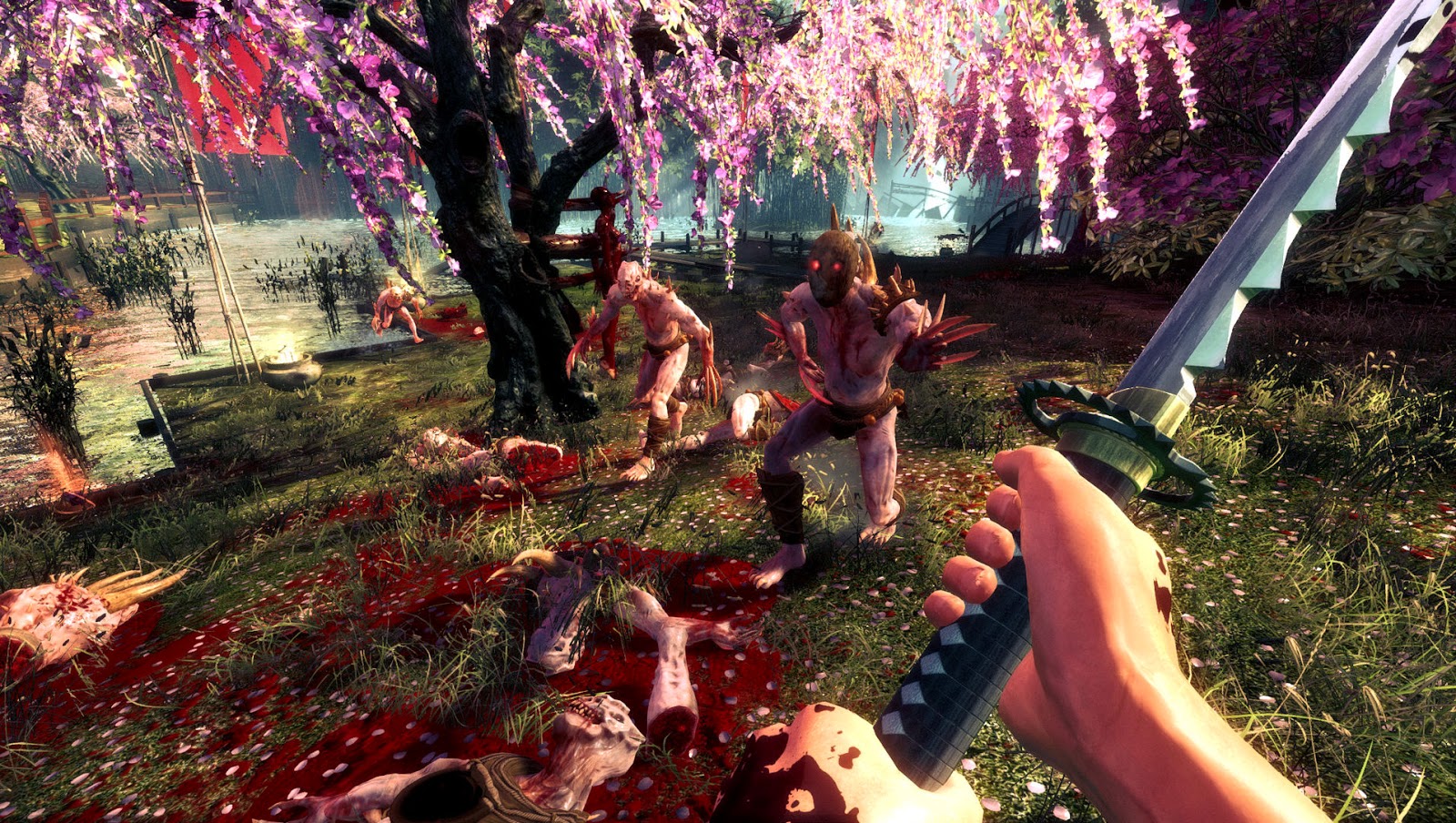 This being said, if you’re not inclined to be offended by it, the game is enjoyable for what it is. Shadow Warrior was best known for being a shooter where you’d actually want to use the melee sword over the FPS’ more conventional guns and the like, and that’s the same deal here. Between frantic swipes on the PS4 controller touch pad to create specific sword strikes, and the sheer fluidity in which Wang moves, there’s not much of a reason to use the generally underpowered guns. If the limited ammunition doesn’t force you to keep the guns in their holsters, the enemies have a habit of closing too quickly from all directions to make guns worthwhile. The guns are a good way to pick off one or two easy targets, but from that point onwards, it’s advisable to go mano-a-mano, where the developers know you’re going to experience intense action and the fountains of gore can be right in your face.

The action is fast and frantic, and there’s a lot of blood and dismemberment, making Shadow Warrior a visceral experience indeed. Wang’s taking on a mix of ugly demon-things and a handful of people with guns, but they go down as easily as one another, and aside from tracking down keys to unlock doors and the like there’s not much room to go off the beaten track. Shadow Warrior quickly falls into a rhythm of a sharp and brutal combat, followed by some searching around for loot, and the key to progress through the next door. Progress happens quickly, with just a couple of major engagements per “chapter,” and there’s an upgrade system that gives Wang new tricks to play with at a good clip. For the most part progression is as you’d expect for a FPS with its roots in arcade action, but it happens fast enough that you’re not going to really have the time to sit back and think about archaic it all is.

There’s plenty of gutter humour to go with the combat, and early on Wang picks up a demonic companion who manages to be even more crass than he is. Their exchanges are often genuinely funny, in a cringe worthy sense, but Shadow Warrior never lets you quite forget that it wants to be juvenile. And this bring me back to the art style – for such a gorgeous game to then turn around and do nothing with the aesthetic is a disappointment. When you compare with Bayonetta 2, which is gorgeous to enhance the game’s themes and fundamental gameplay, to then jump over to a game that is pretty for the sake of being pretty is a jolt. It’s still quite easy to check the brain at the door and have fun with Shadow Warrior, but the consequence is that it lacks genuine ambition. 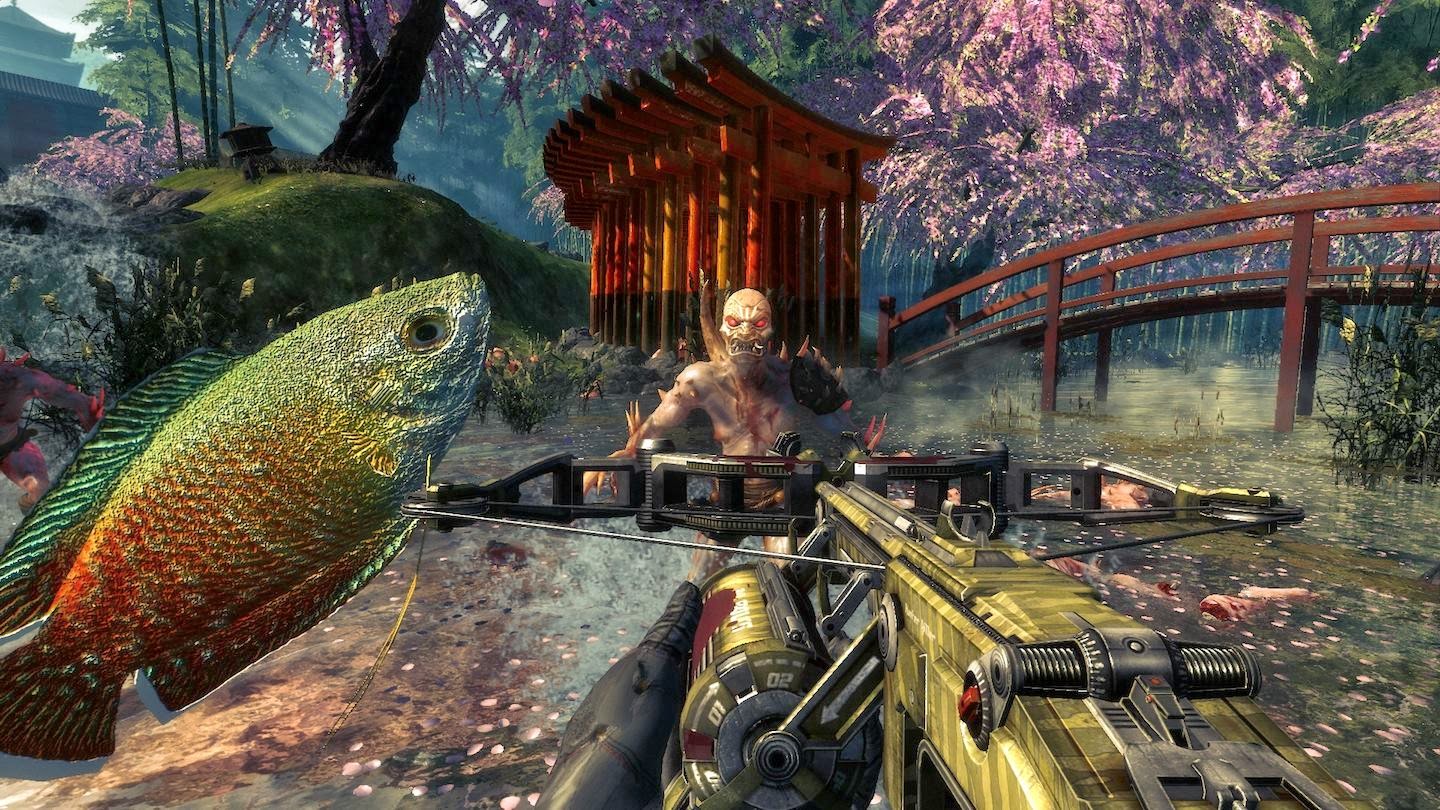 This is a budget production, and it’s worth noting that aside from a lack of multiplayer there’s a lot of content in Shadow Warrior, so it more than justifies its cheaper asking price. It’s worth having on the shelf as a curiosity, but I do hope that the development team at the heart of this game decide to do something more genuine and mature next time around. The talent is there, and it’s wasted on a game like this which, fun as it is, doesn’t live up to the promise of its screenshots.

The games of November: To the backlog pile with you!