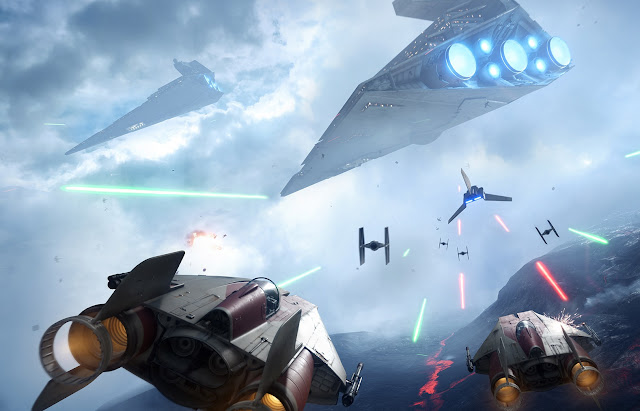 Star Wars was out in full force at the EB Games Expo, with EA and PlayStation having one of the largest booths, and Star Wars Battlefront being the main attraction. Only half an hour after the gates opened, attendees were lugged with a two hour wait time just to test it out. I’m not 100 per cent convinced everyone will have walked away as enthusiastic for it as they went in.

No matter what your thoughts are on what DICE have done with the Battlefield series, it is a successful franchise of team-based, squad-focused games, and I think that’s where Battlefront was lacking the most impact. The game demo I played featured no voice chat and as a result, no feeling of camaraderie amongst both the Rebels and the Empire factions. There are no means of communicating objectives, and no squads. The only attempt at keeping players together is a confusing partner mode, which as far as I understand, randomly associated you with an ally on the same team, with the only benefits a few extra points when you assist or save them in the fight. I assume this will be remedied in the final game, but it’s notable from the outset that this is a game that requires communication, so those of us that are in the habit of muting other players in order to avoid hearing the toxic comments that are inevitable with this kind of game will not get their full value out of it.

The Walker Assault mode that was featured at the expo was the classic scene from the films that takes place on the ice planet Hoth. The Rebels are attempting to prevent the oncoming assault of Imperial forces, and trying to protect the energy generator from the AT-AT walkers. It’s a battle famous in the Star Wars canon. Here the objectives are simple; the Rebels will lose if one of the walkers, which slowly move through the map, reaches the power generator, where the Empire loses if the two walkers are destroyed. 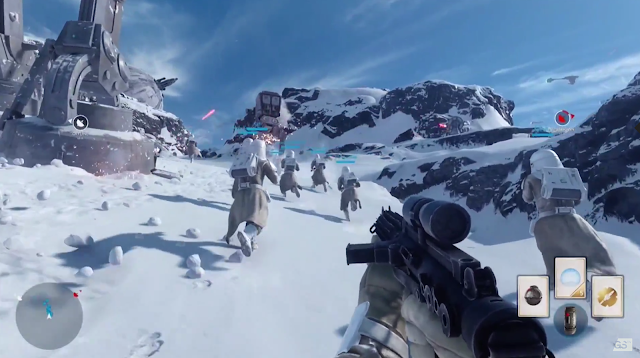 Rebels also need to try and activate beacons scattered across the map. Activating the beacons calls in Y-Bombers that can disable the AT-ATs, leaving them open for an attack. Other players will want to wander around the map looking for powerups – especially the vehicles. Pick one up, and you can control a X-Wing, or a Snowspeeder, which will greatly improve your strength on the battlefield, but these power ups might also be a powerful grenade or rocket launcher. It adds the strategy of having conflicting objectives going on at any one time, which is nicely chaotic, but means that team-based strategies are all the more important.

Comparing this to the previous Battlefront games from a couple of generations ago shows how the FPS genre has dramatically changed, and indeed, how generic the experience has become in order to satisfy a check-list that commercially successful games are required to have to be commercially successful. Star Wars Battlefront doesn’t feel like Star Wars, or what Battlefront used to be, and it would be more appropriate to name it Star Wars Battlefield. I’m not saying we should be looking to the past for game inspiration, but the Star Wars universe is so rich that it deserves more than a skin of an already successful multiplayer shooter.

Understandably, as it is from the same developers of the Battlefield series, Battlefront looks incredible, though the relatively empty snowy environment of Hoth was perhaps not the best way to show off the Frostbyte engine. It will be interesting to see how the destructible environments, which played a big emphasis in Battlefield 4, will be introduced. Even though the white, snow dessert landscape was seemingly barren, it looks stunning, and the attention to detail is superb. The brief airtime I had in the cockpit of a X-Wing also puts my faith that dogfights will be spectacular. 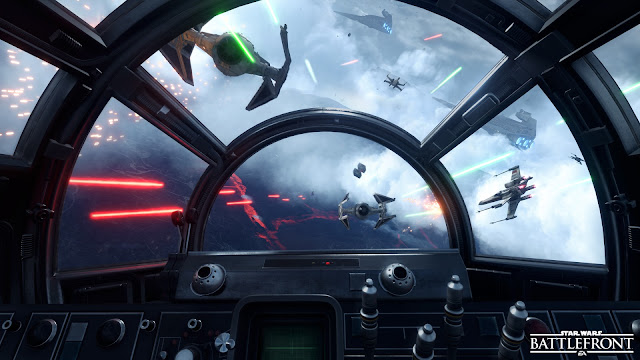 Related reading: Matt’s review of Battlefield: Hardline, the most recent “main” entry in the Battlefield series.

Star Wars Battlefront has potential, there’s no doubt in that. The big question for me is will we see a Star Wars game with a different identity to Battlefield, or will it be a detailed re-skin? We’ll have to wait until November to find out.

EB Expo 2015: Hands-on with Rise of the Tomb Raider