You might recall late last year when Crunchyroll released its anime streaming app for Nintendo’s Wii U, complete with Game Pad support for streaming anime anywhere in the house. Back then, I pondered if the 3DS would be the next system to get the app, thus making Crunchyroll’s services available on every major modern gaming device out there, but it appears I might’ve jumped the gun. Instead, you’ll now have access to Crunchyroll’s astounding library on legacy hardware.

It does seem like a head scratcher to add Crunchyroll support to a console that released almost ten years ago and has scarce support for current games (to the point that online games have been discontinued universally across the system), but then again, a user base in excess of 100 million is nothing to scoff at.

Related reading: Matt’s app review of Crunchyroll on Wii U
You won’t be getting HD visuals or the pocket convenience of the Vita version, but it’s a potentially invaluable option for the niche that hasn’t migrated to the current generation of systems just yet. Or if you want to be the coolest kid in school, you could try downloading the Wii version on your Wii U for some logic-defying fun. 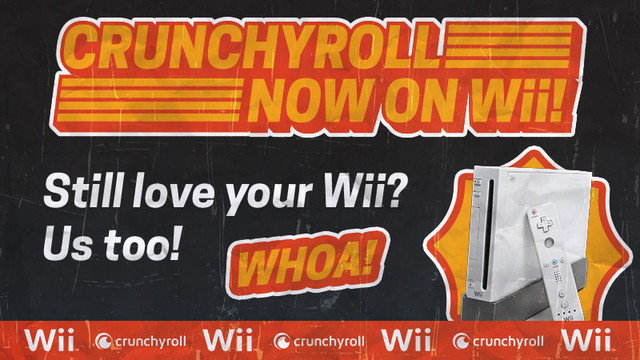 As always, it’s a free app that requires a subscription to get the maximum value. The best part of this whole announcement though? That swanky artwork above, which pays clear tribute to the Nintendo Power magazines of old.
– Clark A
Anime Editor
Share this

Big names coming to the first ever RTX Australia!